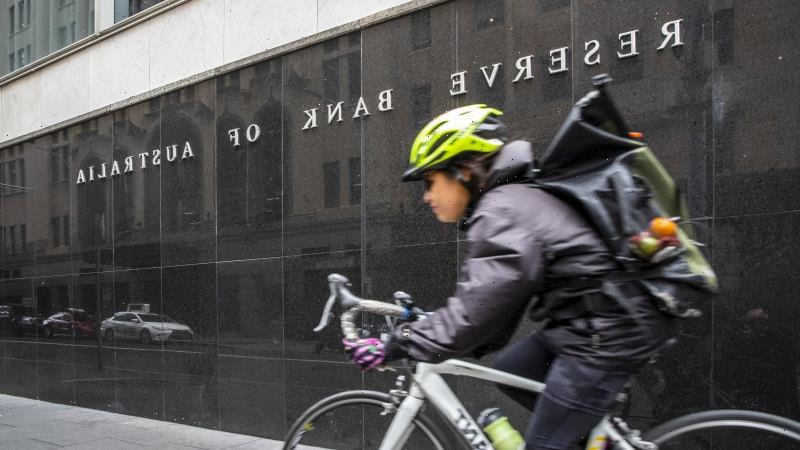 The Reserve Bank has abandoned a key element of its program to safeguard the economy through the coronavirus recession, opening the way to higher interest rates that could weigh on the runaway property market while delivering relief to those dependent on their savings for income.

Ahead of its Melbourne Cup Day meeting, the RBA on Friday decided against intervening in the financial market to drive down the interest rate on three-year Australian government bonds despite their yield spiralling over the past three days. 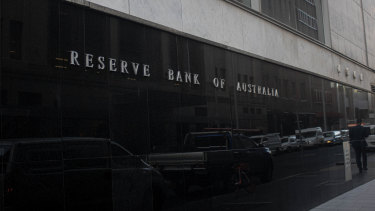 The RBA appears to have changed its plans to help support the economy.Credit:Liam Williamson

Apart from cutting the official cash rate to 0.1 per cent and buying hundreds of billions of dollars of government debt over the past 12 months to support the recovery, the RBA had pledged to keep the interest rate on three-year bonds to “around 0.1 per cent” as part of its overall quantitative easing program.

These bonds are important for the pricing of fixed mortgage interest rates, which have started to edge up in recent weeks. They have also pushed down the cost of borrowing for federal and state governments.

Rates on these bonds climbed above 0.5 per cent on Thursday and towards 0.7 per cent on Friday after the RBA decided against buying into the market. A week ago, it spent $1 billion keeping the rate close to 0.1 per cent.

JPMorgan senior economist Ben Jarman said the RBA’s yield curve control (YCC) program was now out of control, suggesting it was about to be axed.

“The only conclusion we can draw is that the YCC regime is about to be formally dumped at next week’s meeting,” he said.

The RBA has said it will not start increasing interest rates until 2024, arguing inflation will not “sustainably” be within its 2 to 3 per cent target until then, as it hopes wages growth lifts to more than 3 per cent a year. But the turmoil over the three-year government bond rate is a symbol of how financial markets believe the bank will have to start increasing the official cash rate as early as May. Major banks now expect the RBA to begin lifting rates as soon as 2022.

On Friday, National Australia Bank brought forward its expectations of an initial rate rise to mid-2023 followed by a series of “relatively aggressive” increases bringing the cash rate as high as 2 per cent by 2024.

Separate data from the RBA on Friday showed housing credit growing at its fastest annual rate since September 2016. For property investors, it is increasing at its quickest pace since early 2018. Low interest rates have been a major driver of the housing boom during the pandemic, pushing up prices. Demand for housing has also contributed to rising construction costs, which fed inflation over the past quarter.

A faster than expected economic rebound is also likely to contribute to an earlier rate increase.

Australian Bureau of Statistics data released on Friday showed retail turnover rose 1.3 per cent in September and 1.7 per cent over the year. This was the first increase since May, with shoppers starting to spend as restrictions eased.

But turnover fell 12 per cent in the ACT and 2.1 per cent in Victoria over the month, putting the latter back to its lowest level in almost a year.

All other states recorded an increase in monthly turnover, led by Queensland at 5.2 per cent. While spending lifted by 2.3 per cent in NSW, it is still 11.9 per cent down on its pre-lockdown peak.

Commonwealth Bank senior economist Kristina Clifton said the national lift in retail trade was stronger than expected, but when factoring in inflation the volume of spending was down about 5 per cent over the quarter.

“We expect third-quarter GDP to show a fall in consumer spending of about 7 per cent,” she said. CBA household card spending data rebounds quickly as lockdowns end, suggesting a strong pick-up in spending through the last few months of the year and 2022.

Emmerdale star details real reason behind Kerry Wyatt exit: ‘She had to remove herself’
Recent Posts