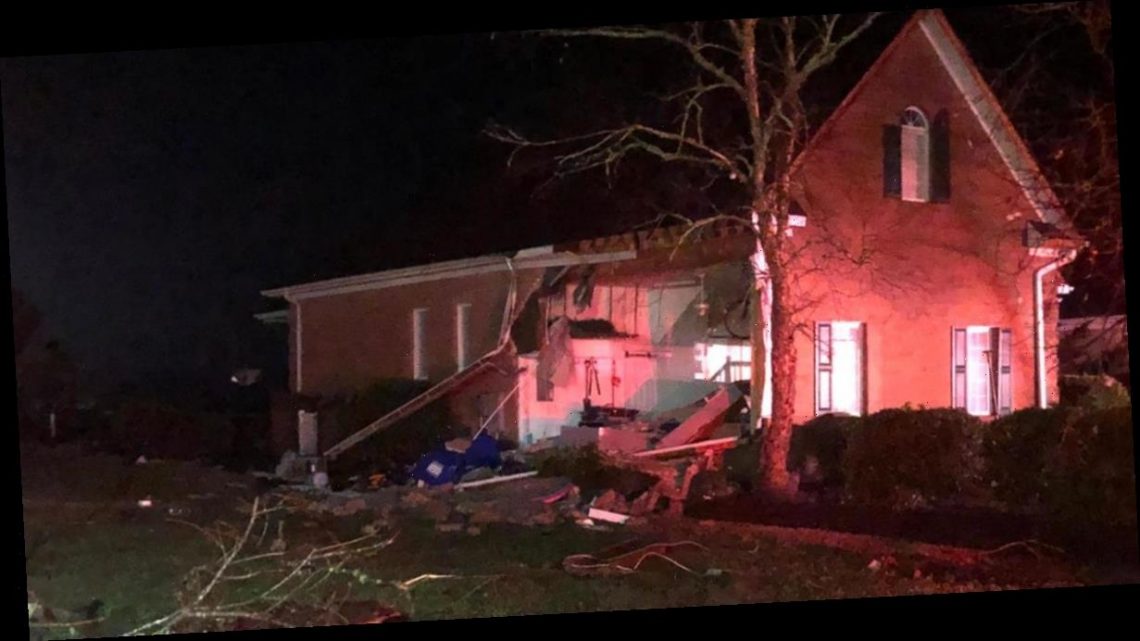 A tornado tore through parts of Brunswick County in southeast North Carolina just after midnight, killing at least three people, injuring at least ten more and leaving others trapped in their homes, authorities said. The county’s sheriff’s office called damage to many homes “devastating,” especially in the Ocean Ridge Plantation area. Authorities said at least 50 homes were affected.

The twister also downed power lines, reports CBS Wilmington, North Carolina affiliate WWAY-TV. There was no word on how many people were trapped.

The station said first responders were going house-to-house in Ocean Ridge Plantation. Some homes there were ripped off their foundations. Many trees were snapped in half.

Brunswick County Sheriff John Ingram told a news conference early Tuesday the scene is “something like I have never seen before. A lot of destruction. It’s going to be a long recovery process.”

The National Weather Service in Wilmington issued a tornado warning very late Monday night, then said a twister was confirmed near Honey Island, according to WWAY.

The weather service posted word of some damage on Twitter:

Structural damage and power lines down along Highway 17 near Highway 904 in the Grissettown area (Brunswick County). Avoid the area. #ncwx #ILMwx

As of about 1 am, our Regional Response Team (RRT-2) was requested by state EM to respond to Brunswick County to assist with locating missing persons after a tornado hit the area.
.@NHCFR @WilmingtonFD @CityofWilm pic.twitter.com/qFJQi9f5J5

At 1:00 a.m., the Leland Fire Department posted on Facebook that its units were giving mutual aid to the Ocean Isle Beach department to help with rescue operations.

“Please stay home and stay away from the area,” the department wrote.