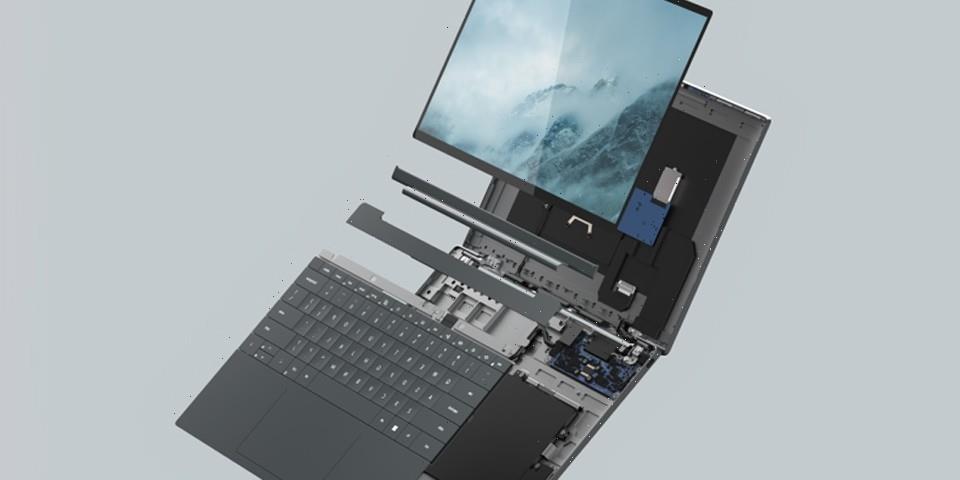 Developed in partnership with Intel, the new concept completely reimagines how a conventional laptop is designed and built, pairing a more efficient layout with materials that consume less energy to produce. On the components front, the motherboard itself is a whopping 75% smaller and uses 20% less components to manufacture. Everything else in the laptop is then rearranged around this central motherboard which sits near the top for extra cooling exposure, while its battery charging unit is placed even further away now to enable fan-less passive cooling that can reduce energy consumption. With specialized component fitting, the construction of the device will need 10 times fewer screws as well.

As for its overall carbon footprint, Dell focused its attention on utilizing materials that both require less energy to produce and can also be recycled more easily. The concept’s aluminum body itself was produced through a stamped construction and processed using hydro-power, while the battery itself is smaller than conventional ones and taps into deep-cycle cells that hold longer charges which “can be maintained across many years of use, increasing refurbishment and reuse beyond the first product life it services.” Even repairing the laptop is made significantly easier, with a total disassembly, repair and reassembly time of just 1.5 hours.

For now, the Concept Luna remains an idea to guide Dell forward, and no concrete plans of production have been announced yet, so those looking for a more sustainability-minded laptop should stay tuned for more updates to come.

Elsewhere in tech, Samsung and IBM have developed a chip that could extend your phone’s battery life to a week.
Source: Read Full Article