Home » Lifestyle » Dementia: The symptom that may show up ‘many years’ before memory loss and other signs 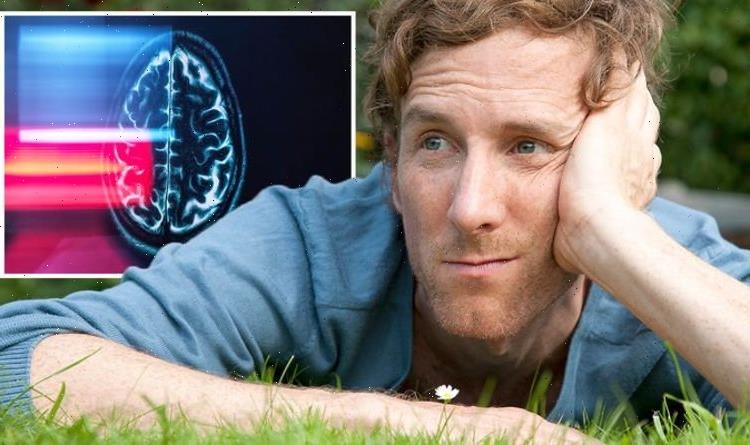 Dementia: The symptom that may show up ‘many years’ before memory loss and other signs

Dementia: Dr Sara on benefits of being in nature

There are over 100 types of dementia and it’s important to understand the differences between them as they can present different symptoms. Most people associate memory loss with the onset of dementia but this is not always the first warning sign to look for. Research has found apathy can precede the expected symptoms of dementia by decades.

Apathy is characterised by a loss of motivation, initiative and interest in things.

The symptom has been linked to the development of frontotemporal dementia (FTD) – an uncommon type of dementia that can be genetic.

Brain-scanning studies have shown that in people with FTD it is caused by shrinkage in special parts at the front of the brain – and the more severe the shrinkage, the worse the apathy.

But, apathy can begin decades before other symptoms, and be a sign of problems to come.

That is the key finding of a study published in Alzheimer’s & Dementia: The Journal of the Alzheimer’s Association.

Maura Malpetti, a cognitive scientist at the Department of Clinical Neurosciences, University of Cambridge and her colleagues showed how apathy predicts cognitive decline even before the dementia symptoms emerge.

“Apathy is one of the most common symptoms in patients with frontotemporal dementia. It is linked to functional decline, decreased quality of life, loss of independence and poorer survival,” said Ms Malpetti.

“The more we discover about the earliest effects of frontotemporal dementia, when people still feel well in themselves, the better we can treat symptoms and delay or even prevent the dementia.”

The study involved 304 healthy people who carry a faulty gene that causes FTD, and 296 of their relatives who have normal genes.

The participants were followed over several years. None had dementia, and most people in the study did not know whether they carry a faulty gene or not.

The researchers looked for changes in apathy, memory tests and MRI scans of the brain.

“By studying people over time, rather than just taking a snapshot, we revealed how even subtle changes in apathy predicted a change in cognition, but not the other way around,” explained Ms Malpetti, the study’s first author.

“We also saw local brain shrinkage in areas that support motivation and initiative, many years before the expected onset of symptoms.”

People with the genetic mutations had more apathy than other members of their family, which over two years increased much more than in people with normal genetics.

The apathy predicted cognitive decline, and this accelerated as they approached the estimated age of onset of symptoms.

Professor Rogier Kievit from the Donders Institute, Radboud University Medical Center at Nijmegen and MRC Cognition and Brain Sciences Unit at Cambridge, said: “Apathy progresses much faster for those individuals who we know are at greater risk of developing frontotemporal dementia, and this is linked to greater atrophy in the brain. At the start, even though the participants with a genetic mutation felt well and had no symptoms, they were showing greater levels of apathy. The amount of apathy predicted cognitive problems in the years ahead.”

“From other research, we know that in patients with frontotemporal dementia, apathy is a bad sign in terms of independent living and survival. Here we show its importance in the decades before symptoms begin,” said Professor James Rowe from the Department of Clinical Neurosciences, joint senior author.

Professor Rowe said the study highlights the importance of investigating why someone has apathy.

“There are many reasons why someone feels apathetic. It may well be an easy to treat medical condition, such as low levels of thyroid hormone, or a psychiatric illness such as depression. But doctors need to keep in mind the possibility of apathy heralding dementia, and increasing the chance of dementia if left unaddressed, particularly if someone has a family history of dementia.

“Treating dementia is a challenge, but the sooner we can diagnose the disease, the greater our window of opportunity to try and intervene and slow or stop its progress.”

Chargers' Joey Bosa rips into NFL officials after missed call: 'Open your eyes and do your job'
Recent Posts