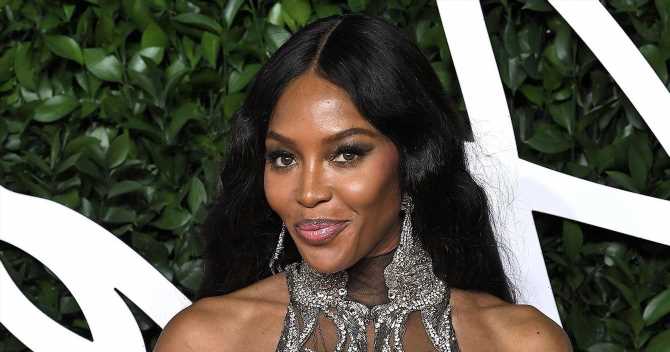 Rocking designer duds! Naomi Campbell gave the first glimpse of her baby girl since the 3-month-old’s May arrival.

“I love you Gianni Versace,” the model, 51, captioned a Thursday, July 15, Instagram Story photo of her baby girl wearing a Versace onesie. The little one’s face could not be seen in the sweet shot.

The England native, who has yet to reveal her daughter’s name, announced the infant’s arrival via Instagram with a photo of her feet.

“A beautiful little blessing has chosen me to be her mother,” the former Face judge wrote alongside the May social media upload. “So honored to have this gentle soul in my life there are no words to describe the lifelong bond that I now share with you, my angel. There is no greater love.” 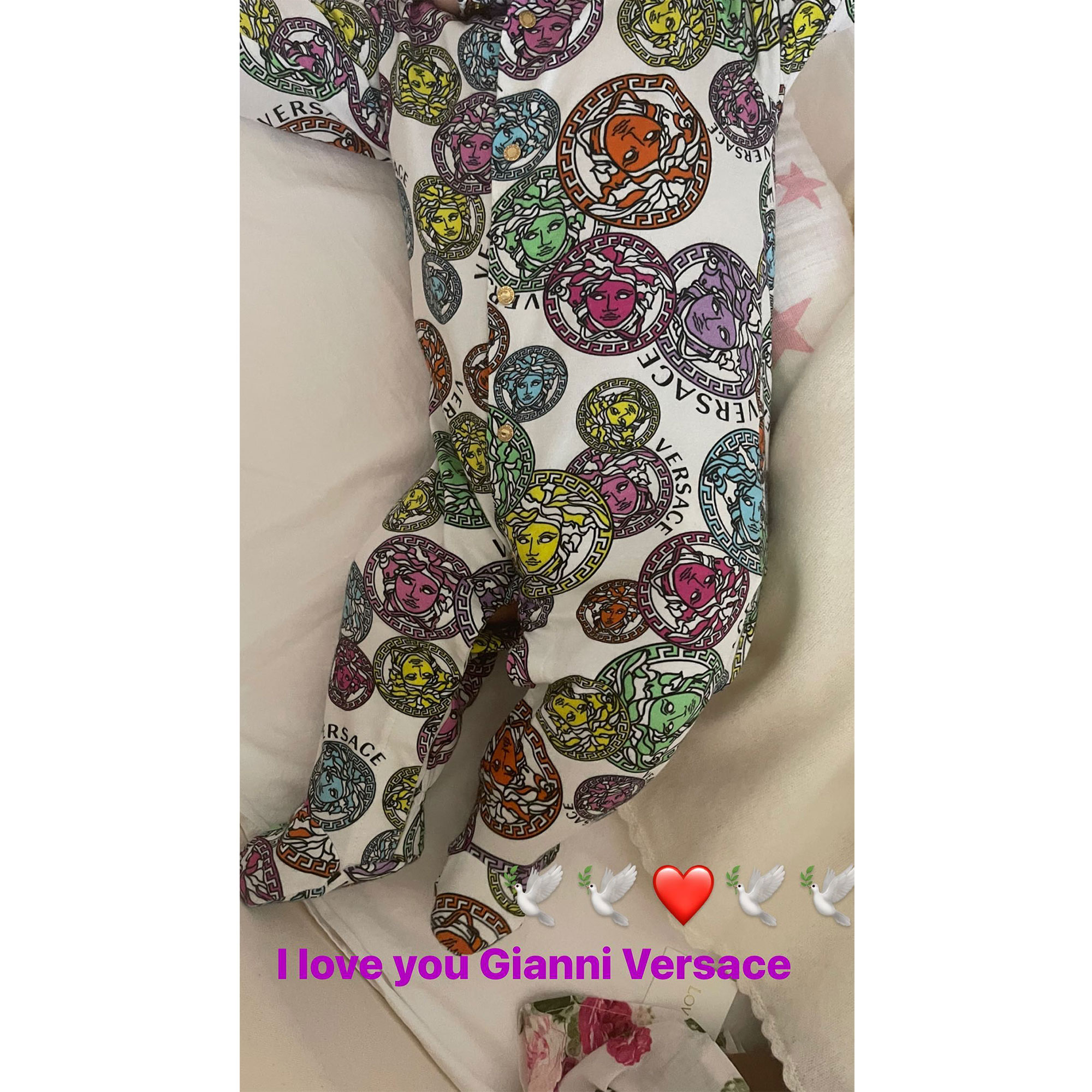 Donatella Versace commented on the post at the time, calling herself an “auntie.” The fashion designer, 66, added, “Naomi … I am so so so happy for you and I can’t WAIT to meet her!! Lots and lots of love.”

Later that same month, Campbell told DJ D-Nice about the newborn’s arrival. “In one of my most special moments, you know, I just became a mum, I had Bob Marley playing,” the Swan author said in a May episode of her “No Filter With Naomi” YouTube show. “I mean, that’s my roots! You know, that’s my roots.” 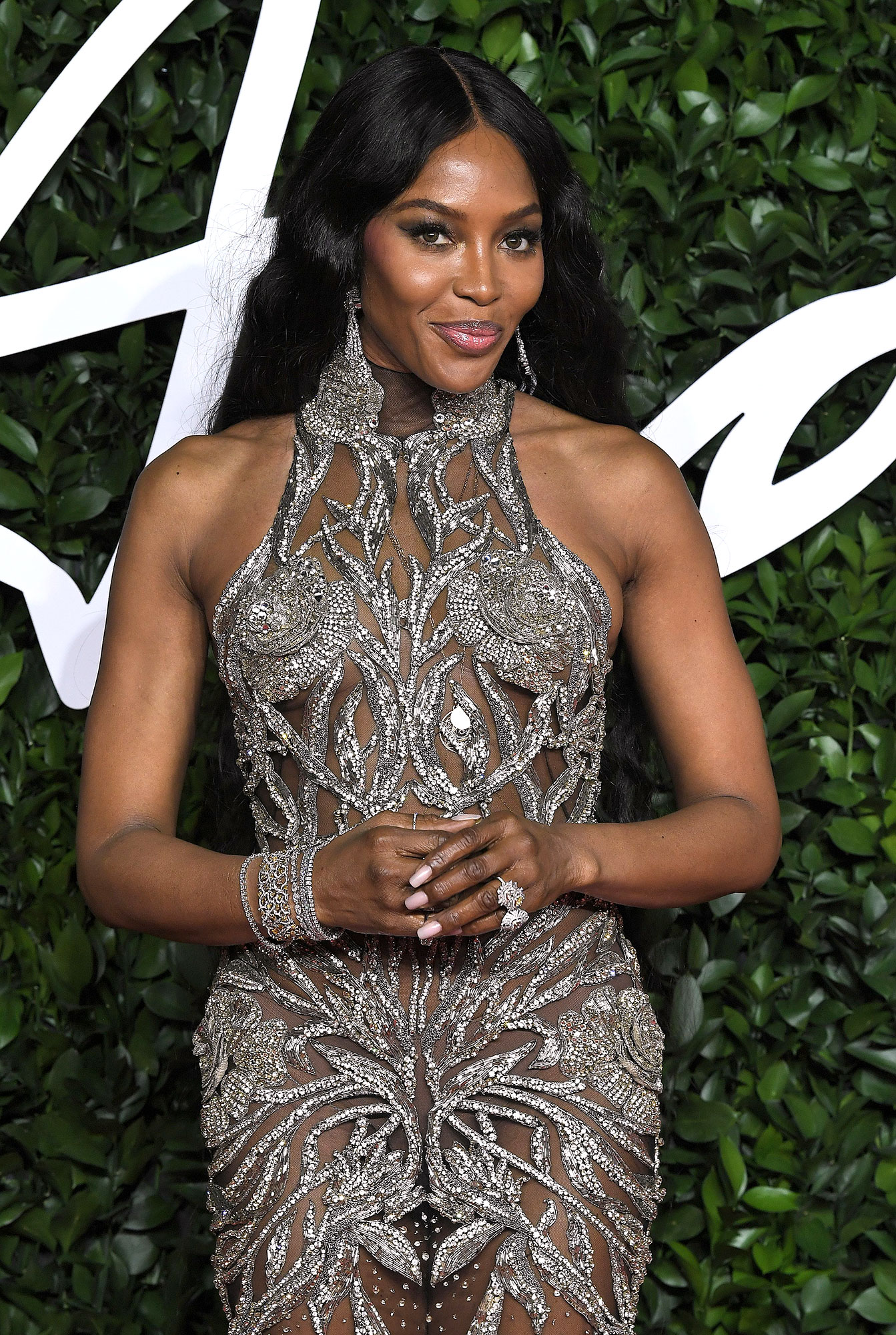 The Sports Illustrated Swimsuit model previously spoke about starting a family, telling ES Magazine in 2017 that while she considered it “all the time,” she was waiting for a “father figure” for her children. Campbell explained, “I think it’s important. Now with the way science is I think I can do it when I want. … It’s the way I feel today, sitting here talking to you.”

Famous Fathers Who Had Kids Late in Life

The supermodel told Metro two years later that adoption was an option she was looking into. “I’ll see what the universe brings me,” Campbell told the outlet. “For now, what the universe has delivered is very much in the spirit of a chosen family.”

In May 2019, the businesswoman sparked adoption rumors when she posted an Instagram photo of herself gazing down at a baby and holding the infant’s hand. Campbell later clarified that she was visiting an orphanage in Lagos.