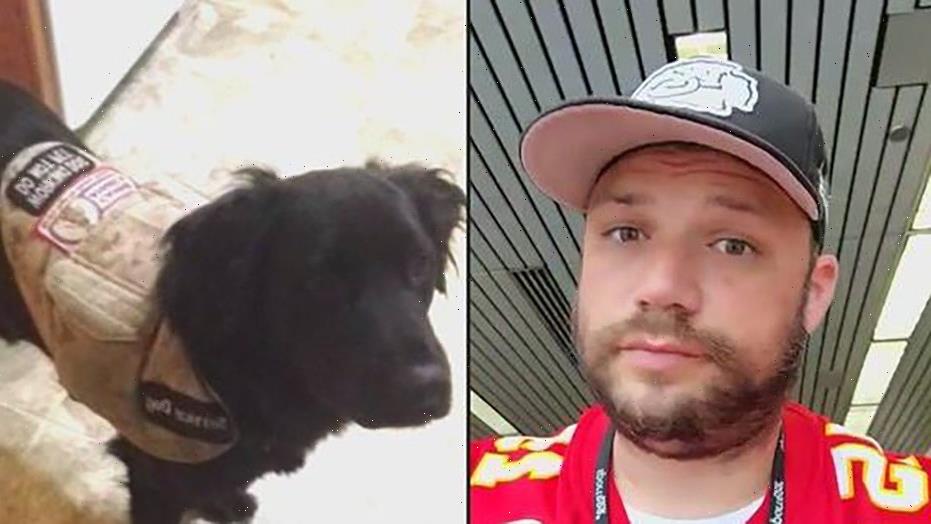 Disabled Marine Corps veteran says he was kicked off Chicago flight because of service dog: report

A disabled Marine Corps veteran, who completed more than 130 combat missions in Iraq, says he was booted off a flight in Chicago on Wednesday because of his service dog, according to a report.

The veteran, Ryan Foster, said he notified the airline days in advance that his service dog “Beauty” would be traveling with him.

But after boarding an American Eagle flight at O’Hare International Airport, Foster said he was told to either keep the dog in his lap throughout the duration of the roughly two-hour flight to Buffalo, New York — or leave, he said. 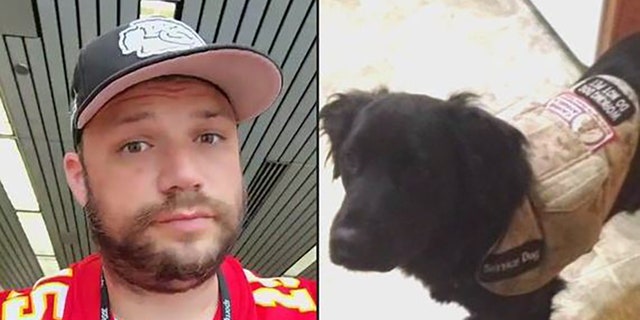 Foster said he was ultimately asked to leave. The veteran later told police he felt discriminated against, FOX 32 Chicago reported. However, a spokesperson for American Airlines said “early reports indicate” Foster de-boarded on his own.

“We are looking into what occurred, but early reports indicate that Mr. Foster and his service animal pre-boarded American Eagle flight 6179 from Chicago (ORD) to Buffalo, New York (BUF), and decided to exit the aircraft as other customers boarded and our team worked to accommodate Mr. Foster’s service animal,” the airline said in a statement.

Foster was on his way to Washington, D.C., for a Wounded Warriors event, and he was placed on a later flight, the station reported.

The veteran said he suffers from PTSD (post-traumatic stress disorder) – following four years in the Marine Corps — and his 80-pound service dog always travels with him.

“After exiting the aircraft, Mr. Foster and his service animal were rebooked on the next flight and are currently en route to Buffalo,” the airline added. “Additionally, a member of our team reached out to learn more about his experience.”

The veteran will miss one day of the D.C. event, he said.

Foster added that his medication was left on the initial plane during the incident.

This Day in History: June 24