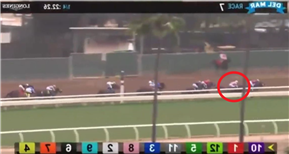 A DISASTROUS race was deemed a 'no contest' and two jockeys banned after a horrific seven-horse pile-up.

Four riders were rushed to hospital for urgent checks but fortunately avoided serious injury in the carnage at Del Mar racetrack in California, US. 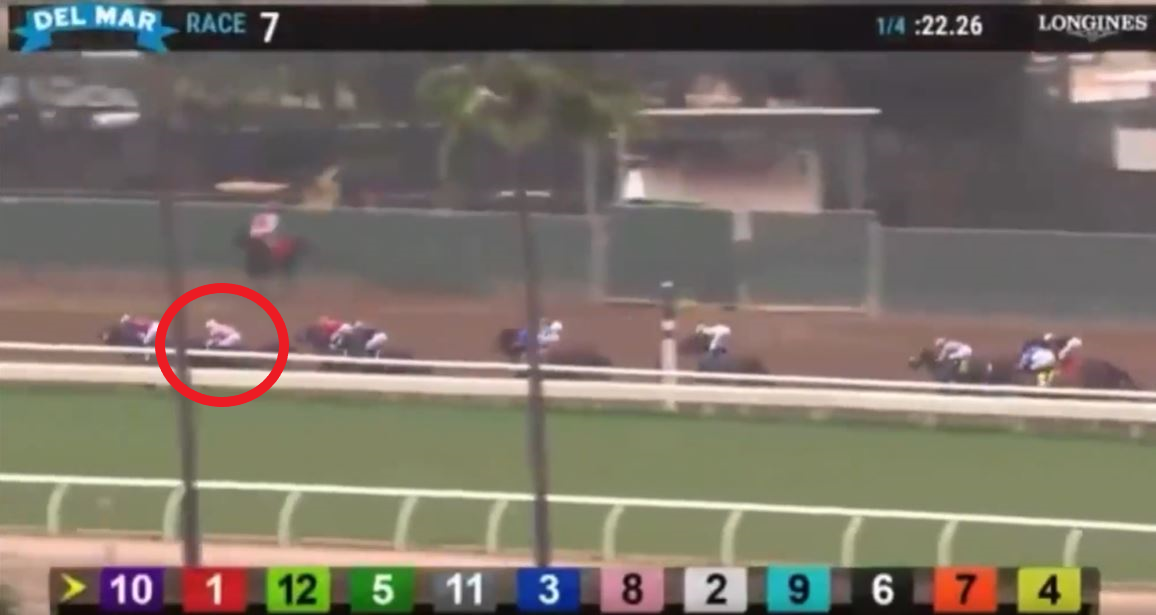 And it was a miracle that all the horses escaped unhurt from the terrifying ordeal, which was so bad the race had to be declared void.

Commentators reacted with horror when Sassy Chasey, the mount of apprentice Diego Herrera, clipped heels and fell when running third in the sprint.

The fall prompted a shocking chain reaction where a further six horses hit the deck, meaning only five of the 12 who started finished the race.

Jockey agent Vince DeGregory was among those rocked, saying: "In all of my years on the racetrack since I was 16 – it's over 70 years that I've seen horse racing – I never saw anything like that in my lifetime."

Herrera and rival Jose Valdivia Jr were both banned – with the latter's agent furious at his ten-day suspension.

A livid Nick Hines fumed: "What can you say? Ultra-surprised and flabbergasted.

"To single Jose out when the rider who clipped heels admitted fault. They've made Jose out to be doubly responsible. We're going to appeal."

Edwin Maldonado-Alicea was first past the post on 100-30 shot Mongolian Panther.

But the win was cancelled out after stewards decided the crash was enough to void the race entirely.

California Horse Racing Board rule 1544 (b) reads: "The stewards may declare a race no contest if mechanical failure or interference during the running of the race affects the majority of horses in such race." 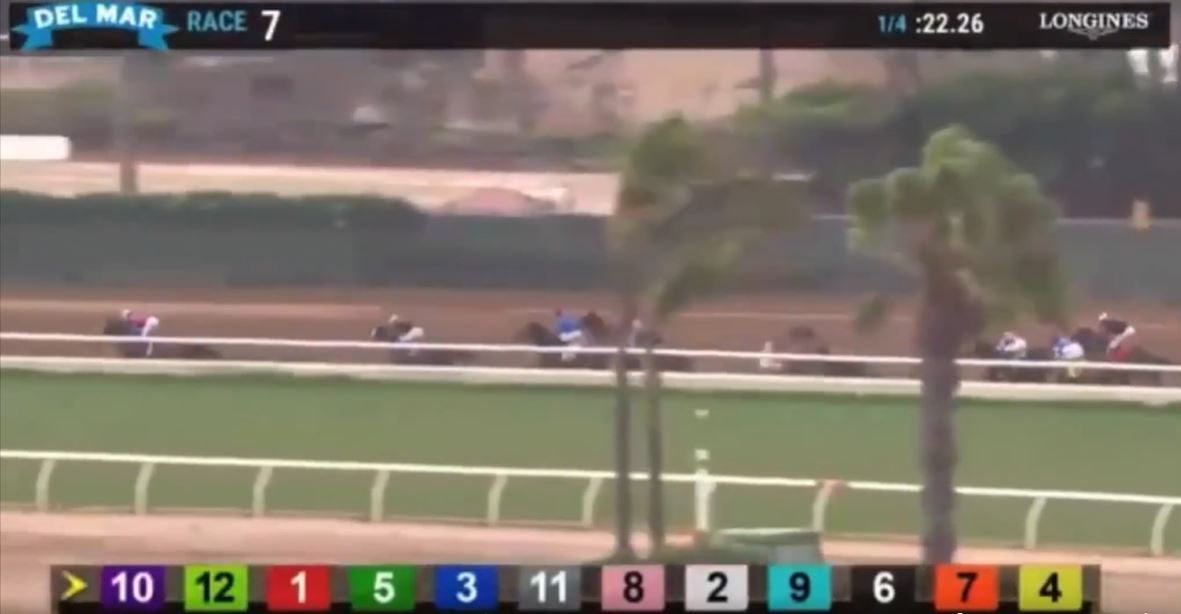 All bets were voided on the six-furlong sprint, which offered £11,500 to the winner.

Lifeguard Keith Pinto, 19, is killed by lightning and seven others are hurt in strike at Berkeley Township beach