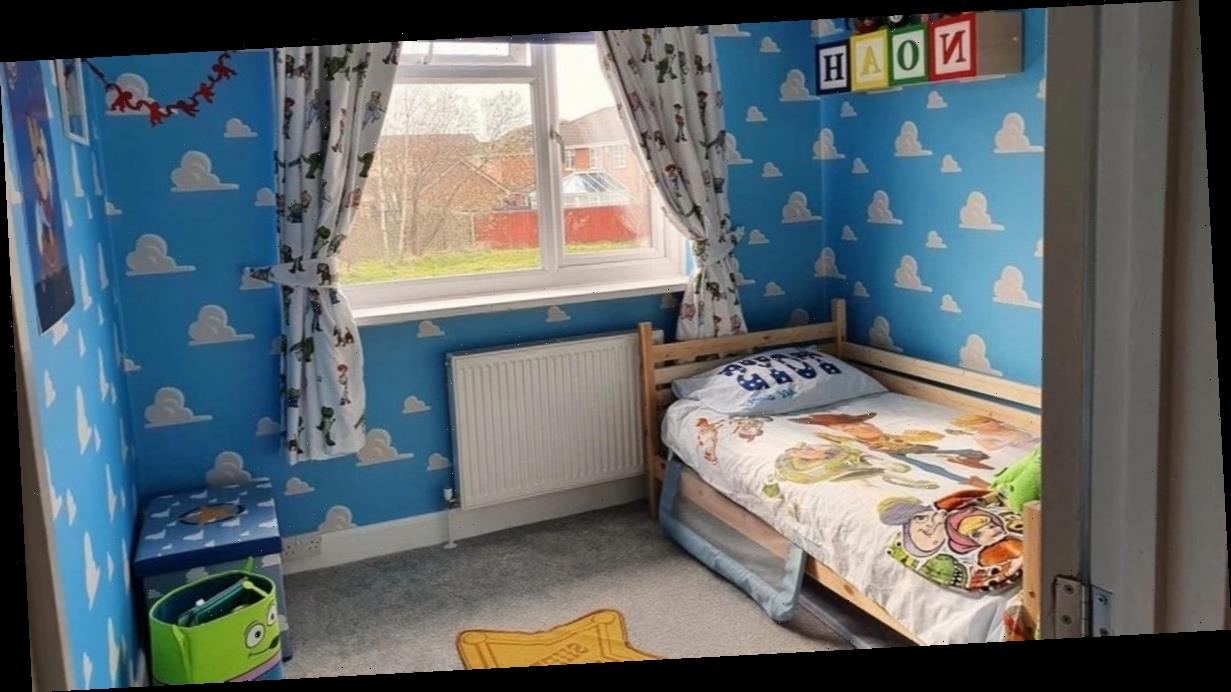 A Disney fan mum and her husband spent weeks turning their son’s bedroom into a little Toy Story-themed haven.

The room features a wall-mounted Etch-A-Sketch, hand-made letter blocks, Andy’s room wallpaper and every toy in the Disney movie.

Posting on Facebook, the mum-of-two shared the results on the DIY On A Budget OfficialFacebook group which secured thousands of likes and comments.

She said her and her husband had no decorating or renovating experience, but admitted to making and designing many of the room features themselves.

The letter blocks used to spell out their son’s name Noah on the wall proved to be a popular addition with many Facebook members asking where it’s from.

But the DIY mum revealed the blocks were hand-made using plywood from B&Q and MDF letter from eBay before painting them in bold colours.

In response to one user’s inquiry, the mum said: “We made them, plywood, MDF letters, paint, cuts, bruises and patience.”

The parent later shared many of the items purchased were from a number of stores Argos, Dunelm, eBay and Etsy.

“Scrabble letters on the wall are plywood with vinyl scrabble prints from eBay and bed sheets and rug, Next."

The mum also told the group the “Round Up” poster was dowloaded from Etsy and taken to her local print shop to turn the image into a poster.

And after a failed attempt of making her own, the woman ordered the personalised door sign from Etsy.

Many group members were quick to praise the mum’s DIY work, one wrote: “This is absolutely amazing! My favourite post ever!"

Another commented: "I’m going to be doing a Toy Story room for my son one the house is built! Some great inspo. Thank you!"