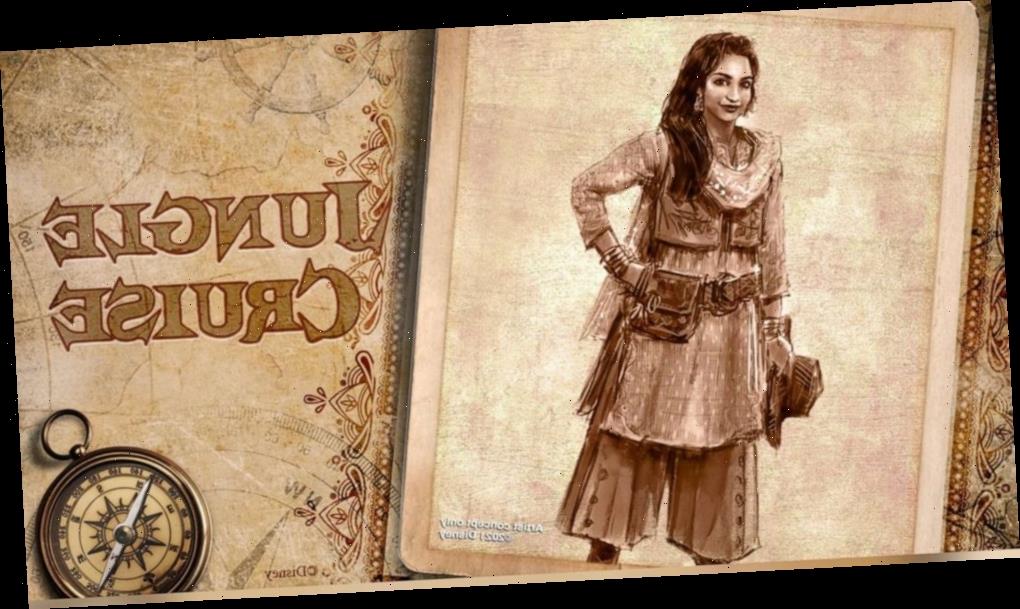 A woman of color and her friends will be the spotlight of a beloved Disney parks attraction.

The Jungle Cruise, located in both the California and Florida parks, is a river boat attraction that takes park-goers through waters in Asia, Africa and South America with their tour guides — “skippers” — narrating their journey along the way.

Earlier this year, Disney announced there would be some big changes coming to the age-old attraction, and now details are finally being released.

One of the main updates is the expansion of Alberta Falls’ character and backstory. Born in 1911 to her mother Sneh, a world-renowned artist from India, and her father Albert Falls, Jr., a British art scholar, the character of Alberta is a free spirit with an adventurous heart. She loves exploring and has traveled the world with her grandfather, Dr. Albert Falls.

After Dr. Falls disappeared in 1930, however, Alberta became the proprietor of the Jungle Navigation Company and has vowed to uphold her grandfather’s legacy.

While Alberta already existed as part of the attraction prior to this year, the decision to make her the central figure was a no-brainer, according to Disney Imagineers.

“It was really exciting for us when we first began to explore Alberta as a potential proprietor of the navigation company,” Susana Tubert, creative director at Disney Live Entertainment, Walt Disney Imagineering, and Aulani, A Disney Resort & Spa, told “Good Morning America.”

“She fit organically into the attraction,” Tubert said. “She’s not an outsider.”

Disneyland set to reopen with limited capacity on April 30

For Imagineers, the process of creating these characters is not unlike how it works in theater or film, noted Chris Beatty, portfolio creative executive at Disney Imagineering. The process isn’t quick, taking months of fluid conversations and changes until they land on what they think the character’s heart is.

“We’ll sit down and ask, ‘What’s this character’s arc? What’s their journey? Where have they been? How did they grow up? What’s their relationship with their parents?'” he said.

The creation of these rich, well-rounded characters and narratives is exciting and fulfilling, Tubert and Beatty agreed, but a lot of work goes into it and it’s not without its challenges.

“If you think about one of one of our attractions, normally you’re going by like three or five feet per second,” Beatty said. “We have to be very, very clever. And very intentional, like, ‘How do I get a little bit of that backstory? How can I just tease enough about that?'”

The Imagineers also needed to make sure the attraction’s narrative upheld the integrity of the original story but had a fresh perspective that reflected today’s world, which would allow park-goers to see themselves in the characters they meet.

“We challenge ourselves to introduce a more inclusive perspective to the attraction, because obviously, we’re living in different times,” Tubert said. “And we want to make sure that the attraction and the story of the attraction speaks to and reflects the guests at our parks that come from all over the world, and also our cast members who are diverse.”

Park-goers will be able to see Alberta and her crew, along with some other cool features, later this year.

Disney is the parent company of ABC News and “Good Morning America.”