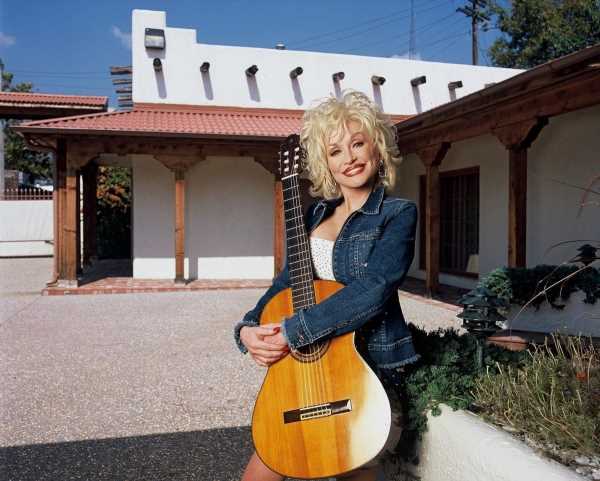 Through the years, Dolly Parton has mostly been an open book with her fans. She’s shared personal memories from her childhood, behind-the-scenes looks at her work, even intimate details of her marriage with her mysterious husband Carl Dean. But when Parton isn’t on the road for work, she sheds her performance costumes like a skin and morphs into Home Dolly, a relaxed, down-to-earth country girl, not a superstar.

When Parton was interviewed by Cosmopolitan in 1979, she told writer Laura Cunningham that she works hard so she can enjoy her life at home. At the time, she lived in a white antebellum-style plantation house just outside Nashville with Dean and her young sister, Rachel.

The “Jolene” singer also told Cunningham that she’d never invite her over to her house.

“I block it out,” she said, as recorded in the book Dolly on Dolly. “I won’t see people from the business at my home. I won’t have parties. Carl is not a party person.”

Dolly Parton’s policy of no fans at the house

“I don’t entertain fans,” the “9 to 5” singer told Cosmo. “When I go home, I don’t like people comin’. My house is built so I can see them, before they see me. I can go naked in my yard. I love my fans, and they know I love ’em, but I spend more ‘n half my time with them. I got to have time to relax, go without no hair, without no makeup. That’s how I keep my sanity. I have never needed a psychiatrist.”

In an interview Parton did with Playboy Magazine the year prior, the “Light of a Clear Blue Morning” singer also mentioned liking her privacy when she’s at home.

“When I’m home, we don’t like people at the house other than our family and our own friends,” she said. “We don’t want fans comin’ in our yard. And there’s no artist in the business that is any more devoted and loves their fans more than me. I’ve always tried to belong to the public when I’m out there, and I’ve always tried to be honest enough with them to say, ‘I don’t want you to come up to the house unless you’ve been invited, because I may be up there half-naked.’ I shouldn’t have said that; they’ll probably be comin’ up to take pictures now. That’s why we bought a piece of property where we could have the privacy to get out in the yard in shorts or looking tacky.”

Despite Parton’s policy, fans still sometimes made it onto the property.

“We do have fans that jump the fence,” she said.

But in true Dolly fashion, she didn’t send them on their way without a quick hello.

“That’s not a very polite thing to do, but I don’t get bent out of shape over it,” she said. “I just figure if it’s that important to somebody, least you can do is try to be nice.”