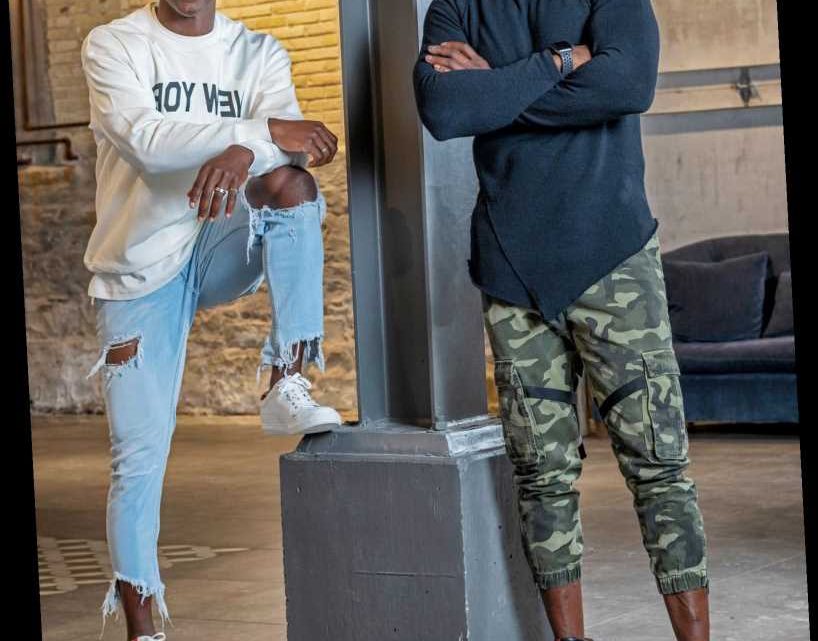 Donald Driver on Collaborating with Son Cristian on Charitable Shoe Line: 'He's My Heart and Soul' When Donald Driver was presented with the opportunity to craft a unique line of shoes in partnership with Moral Code, the former NFL player knew immediately that there was only one person who he wanted to have help him — his 17-year-old son, Cristian Driver.

Donald is the first-ever brand ambassador for Moral Code, which creates premium leather shoes and accessories. The Donald Driver collection includes five unique shoe styles — the Thrive, the Purpose, the Passion, the Discover, and the Imagine. A portion of all proceeds from sales of the shoes will go towards charitable initiatives through the Donald Driver Foundation.

Describing Cristian as his "best friend," Donald tells PEOPLE exclusively that the partnership with the brand helped the father-son duo "bring the best out of each other."

"I always say this, what 17-year-old son wants to look like his 45-year-old dad? Well, mine does," Donald says with a laugh of teaming up with his son for the collection. "… He's my heart and soul."

The high school senior, who is a rising football star himself, tells PEOPLE of his father, "I look to him for advice — and I look up to him as a role model — so being a part of his vision, it was honestly a dream come true. I wouldn't want to deal with anyone else … it's a great opportunity that he's brought me along." Donald says the collection and his desire to take on the partnership were influenced heavily by his past and his drive to help others.

"You see change and you want to be [the] change," Donald says. "And for me, there was always this opportunity of how can I make a change within myself, and then also make a change in others." Donald and Cristian hope to highlight to young men, especially those within the Black community, the importance of feeling empowered and dressing for success.

"Right now, with everything that is going on, that's the number one impact, right?" Donald says. "If we can make that change by showing two young African Americans saying that we want to make a change in this world, and we're gonna do it with shoes, then why not do it?" The collection's shoe names all have a specific, deeper meaning, Donald also notes.

"We named these shoes because we thought each one of them had something specific that when you look at life, that's what you want to do," the Dancing with the Stars champion says. "We're going to make sure that [young men dress] appropriately and when the people see them, they see them more respectfully and understand that they're not what anyone expects them to be," Donald adds. "The only person that can define you is you. So if we can help these young men to find themselves, then we've done our part."

Aside from looking good, Donald and Cristian both know that feeling good is also a big part of achieving success.

Asked how he practices self-empowerment, Donald says, "I think for me, it's just believing in myself. I think that's the number one key."

"It's okay to fail because it builds character," he continues. "It makes you the person that you are, and it's going to allow you to do everything wrong until you find something that you're good at, and then that's gonna separate you from anyone else."

For Cristian, meanwhile, he always employs lessons learned from his father over the years. "At a young age, my dad has always taught me to be confident in yourself and figure out who you are," he says.

"I feel like if you're not comfortable with the things you're wearing, and the way you present yourself, then you're obviously not doing something right," Cristian adds. Experts find Roman millstone with a PENIS engraving near Cambridge