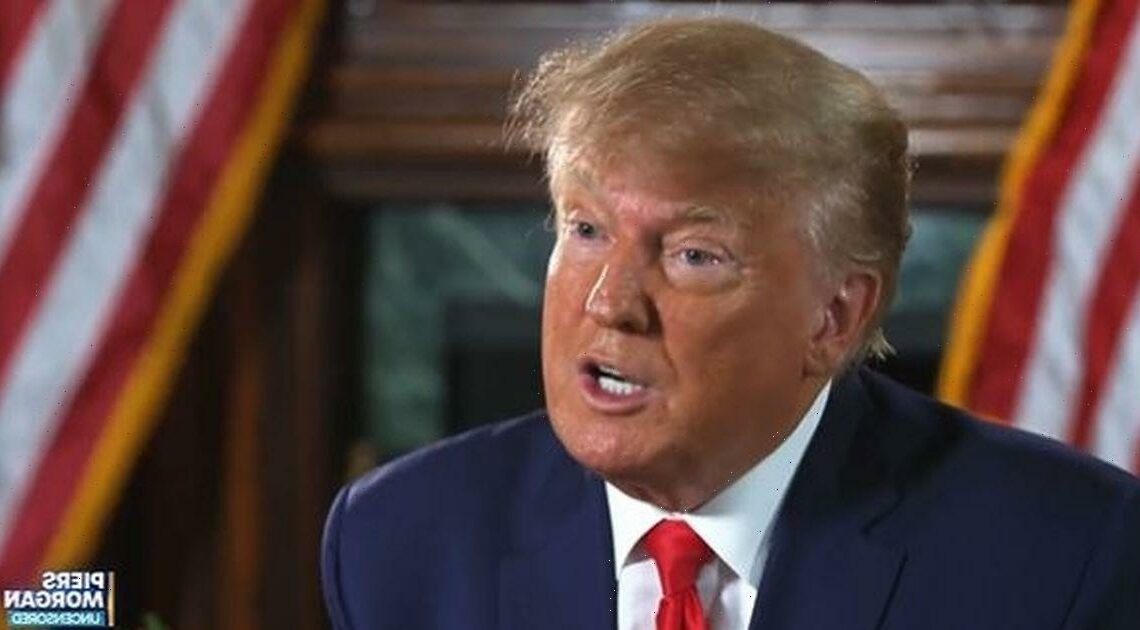 Donald Trump has issued another statement about Piers Morgan a week after their interview aired on the former Good Morning Britain host's new channel.

The former President issued a statement after Piers released the teaser clip ahead of their interview which saw Trump storm out of the conversation – but he defiantly said that the clip was "deceptive".

Ratings for Piers' interview with Trump hit new heights and smashed targets, but following the initial launch they began to drop off from the first night success.

One week on from Piers' interview Trump released an additional statement which read: "Ratings for the Piers Morgan interview with me were great!

"Unfortunately, after that interview, his show bombed completely because of the fake narrative he tried to portray. The fact is, I got a new close-up glimpse at Piers, and he no longer has what it takes. It's over for him!"

His initial statement said that Piers wanted to make it look like he walked out of the interview but his "time limit of 20 minutes went over by an hour".

Trump didn't hold back on his frustrations with his multiple statements, but Piers has once again disregarded his comments as he shared the statement on Twitter.

He wrote: "Weird thing re all these President Trump statements about our interview is that most people who watched it thought he came over rather well.

"So, I don't know why he's still so rattled by that 30-second promo but it's quite funny."

Piers added a photo of himself and Trump in a separate tweet as he added: "I'll only know I'm definitely 'over' if the 45th President of the United States issues a fourth statement about me in a week."

It dropped further by the Wednesday episode of the show with 123,000 viewers.

However, Piers remains proud of his evening TV show for his launch week and has celebrated the success of his first week.

However, worldwide Piers has brought in 64 million online views around the globe, prompting the TV host to hail the figures "incredible".

Piers Morgan Uncensored will continue to air weekdays at 8pm on TalkTV.