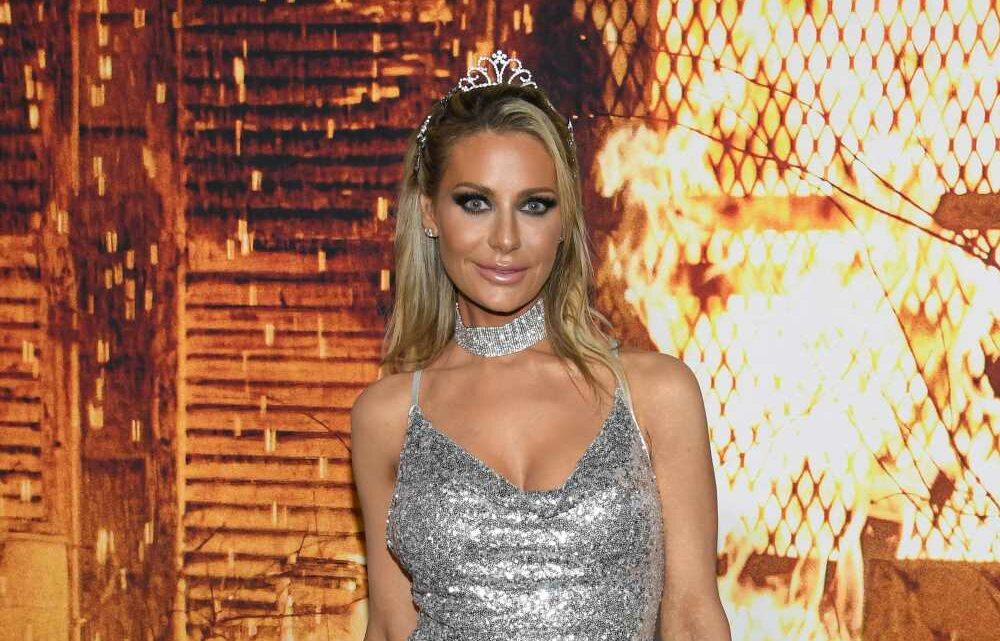 Dorit Kemsley has shared details of the terrifying home invasion she experienced less than two weeks ago.

“[The burglars] were surprised to see me at home… When they did, they pushed me to the ground. They said, ‘Who else is in the home?’”

The Beverly Beach designer’s children Jagger, 7, and Phoenix, 5 — whom she shares with husband Paul “PK” Kemsley — were asleep in bed at the time of the robbery. Meanwhile, PK, 54, was in London.

The mom of two went on to say that she encouraged the intruders to take all of her belongings so long as she and her kids remained unharmed.

“I said, ‘I don’t care about any of it, take it all. You can have it all. Please, I’m a mother of babies. Please, they need me. Please don’t hurt me,’” she recalled.

According to Kemsley, she made a concerted effort to stay “very calm” throughout the invasion. If she hadn’t, the Bravolebrity said she believes “the situation could have gone a lot worse.” 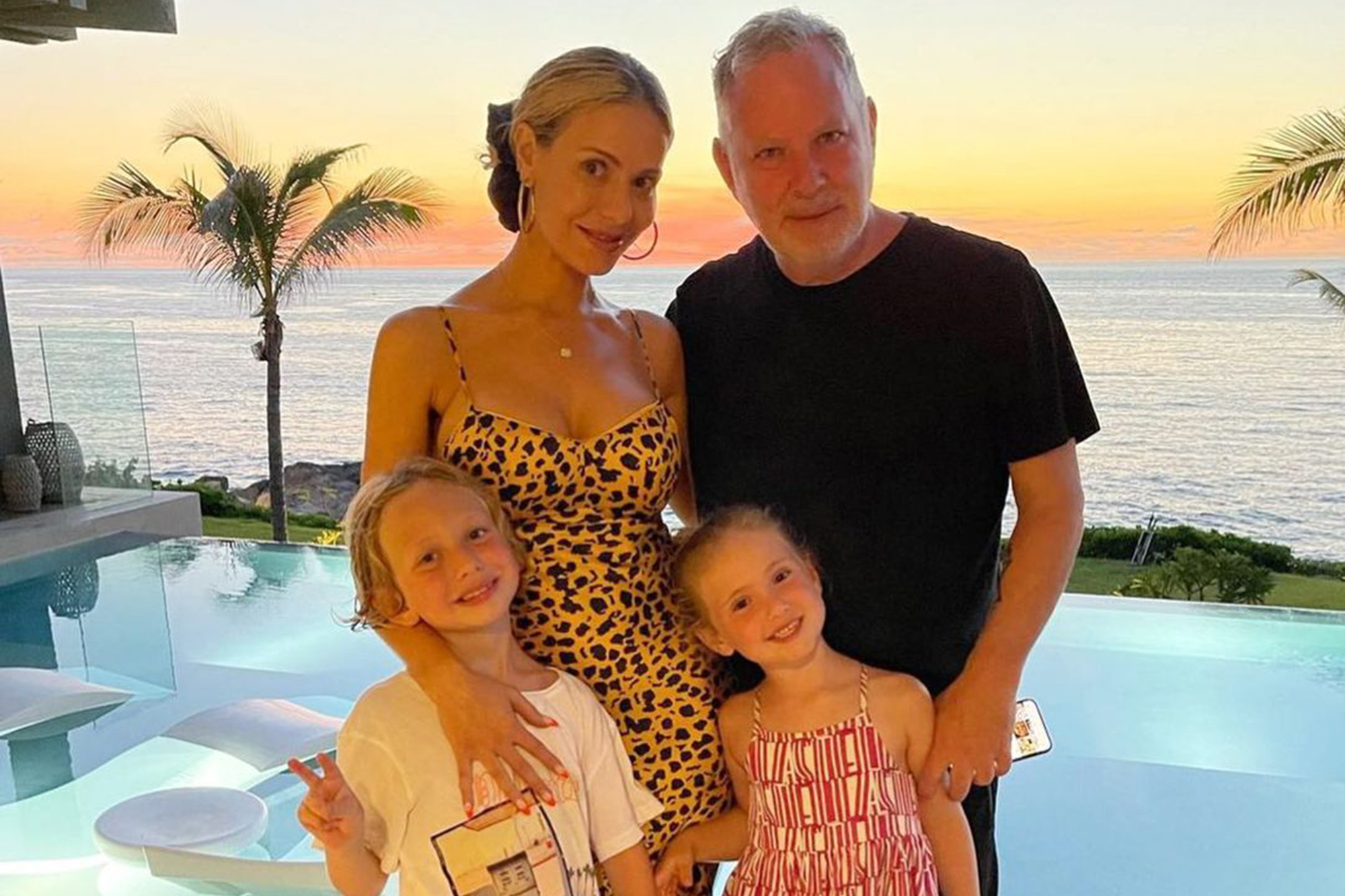 “I fought for mine and my kids’ lives, and I got lucky,” she elaborated. “My kids didn’t wake up and they don’t know anything about it.”

While she is grateful to have survived the incident, Dorit revealed that she has suffered a series of “panic attacks” in the days that have passed.

“How am I ever going to feel safe again? How do I protect my children? … I’m going through all of that,” she said, adding that the current “RHOBH” cast has been “beyond supportive” as she navigates her trauma.

“They’re with me tracking this process, and it’s going to be a process, a long one — that, I know.”

A surveillance video of two masked men breaking into Dorit’s Encino mansion was released by the Los Angeles Police Department on Monday. 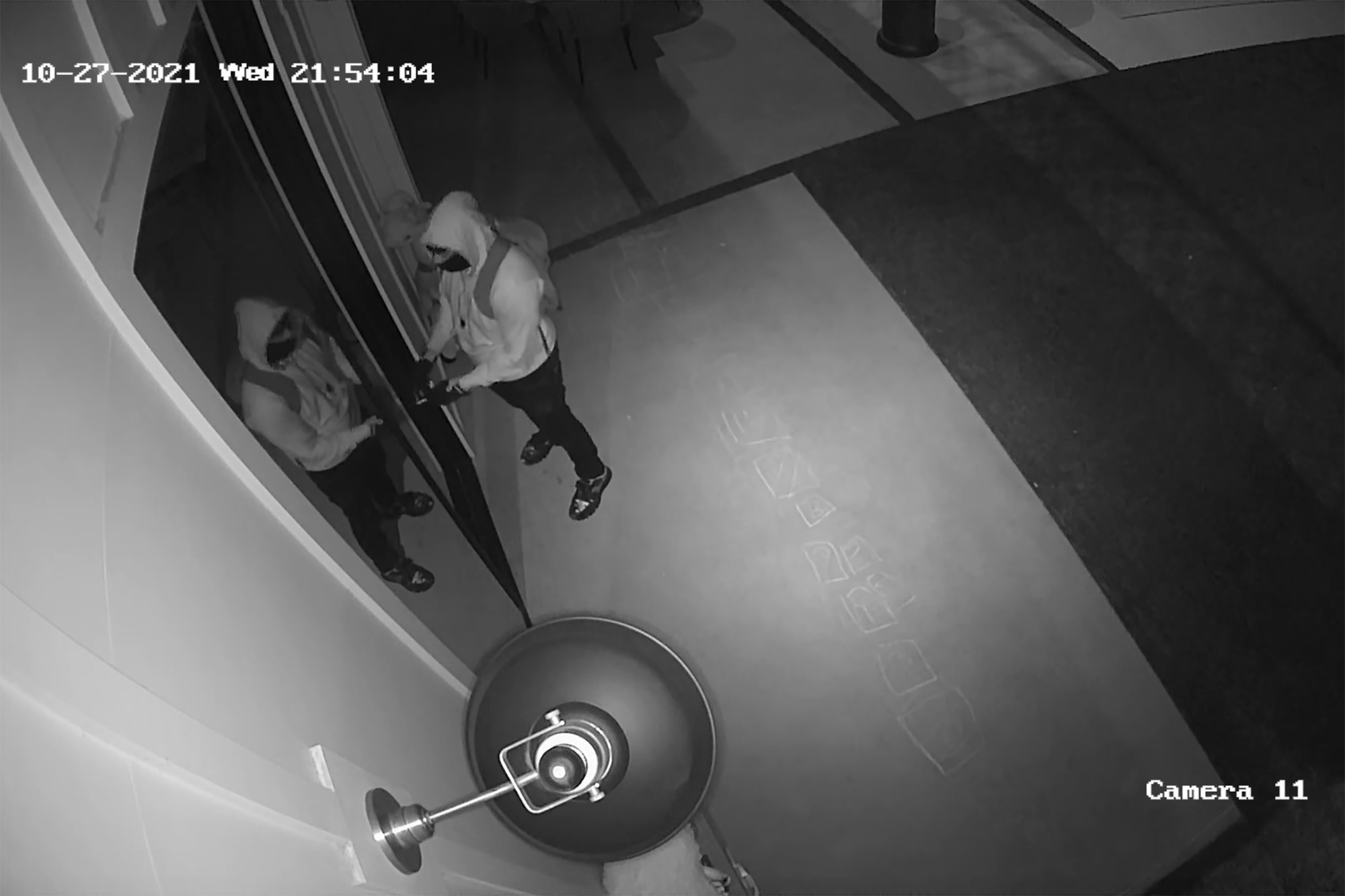 The footage — which begins at 10:52 p.m. Oct. 27, 2021 — shows two people dressed in hoodies and face coverings inspecting the property before breaking and entering through a sliding glass window on the ground level.

The video later sees a man exiting the property around 11:09 p.m. carrying valuables covered in sheets.

“The victim was inside the residence at the time and was confronted by the suspects,” the LAPD said in a statement. “… In fear for her safety, the victim complied with the suspects’ demands and directed them to valuables. The suspects took high-end handbags, jewelry, and watches.” 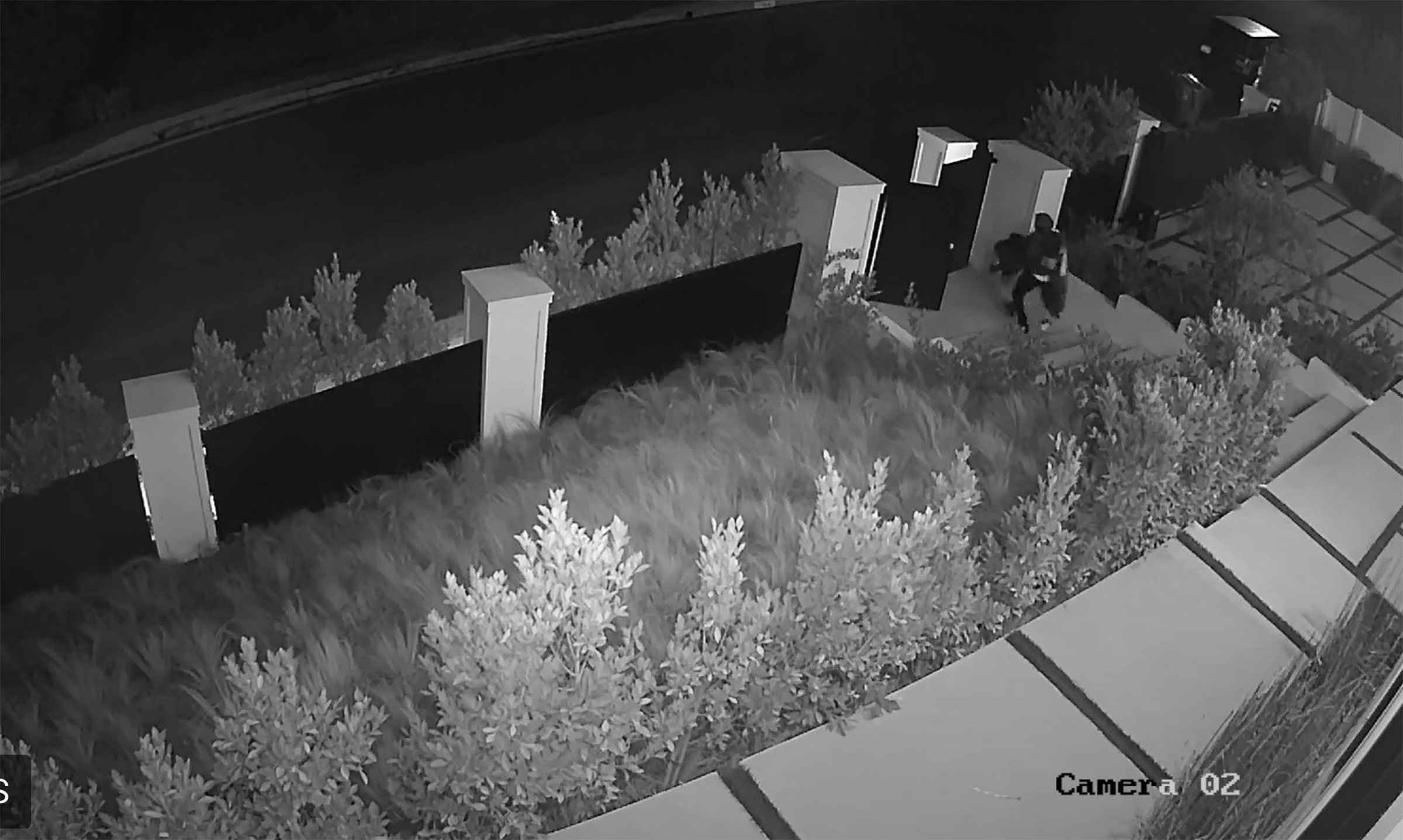 A spokesman at the time refused to confirm reports that Dorit was held at gunpoint during the break-in.

Dorit explained she and her family were beginning the “healing process” in an emotional Instagram post shared on Oct. 30.

“I have thrown myself into work as I want our family to return to normality as soon as possible,” she wrote. “I thank God for keeping my kids and myself from being physically harmed.”