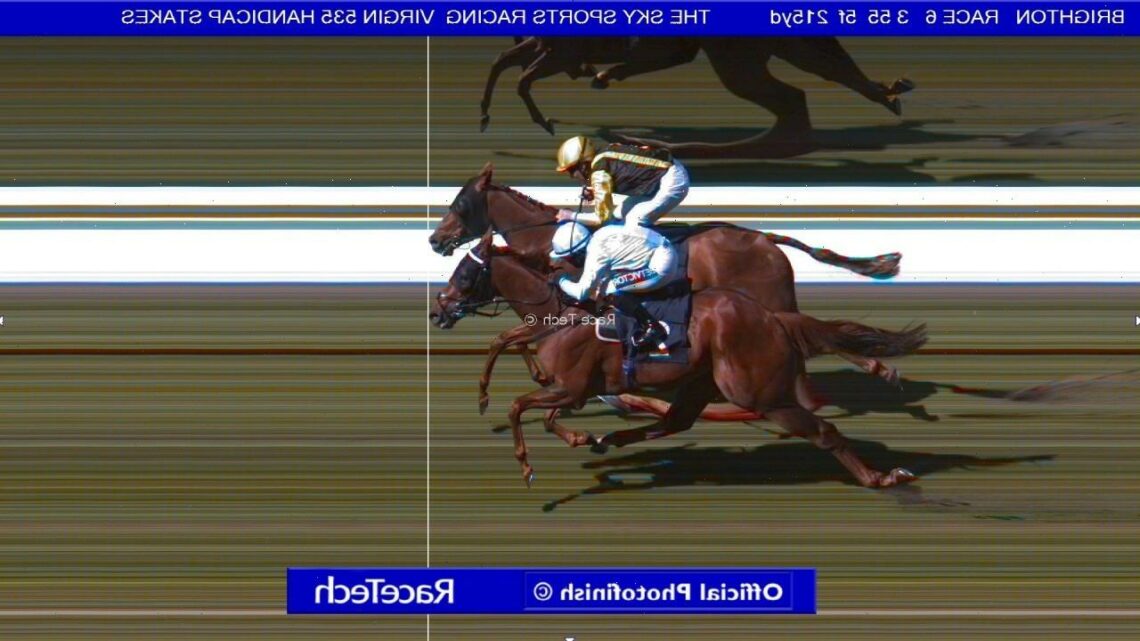 PUNTERS were left scratching their heads after the narrowest of finishes at Brighton on Tuesday.

Despite a long look at the photo, the judges could not pick between Kindergarten Kop and Batchelor Boy at the end of a six-furlong sprint. 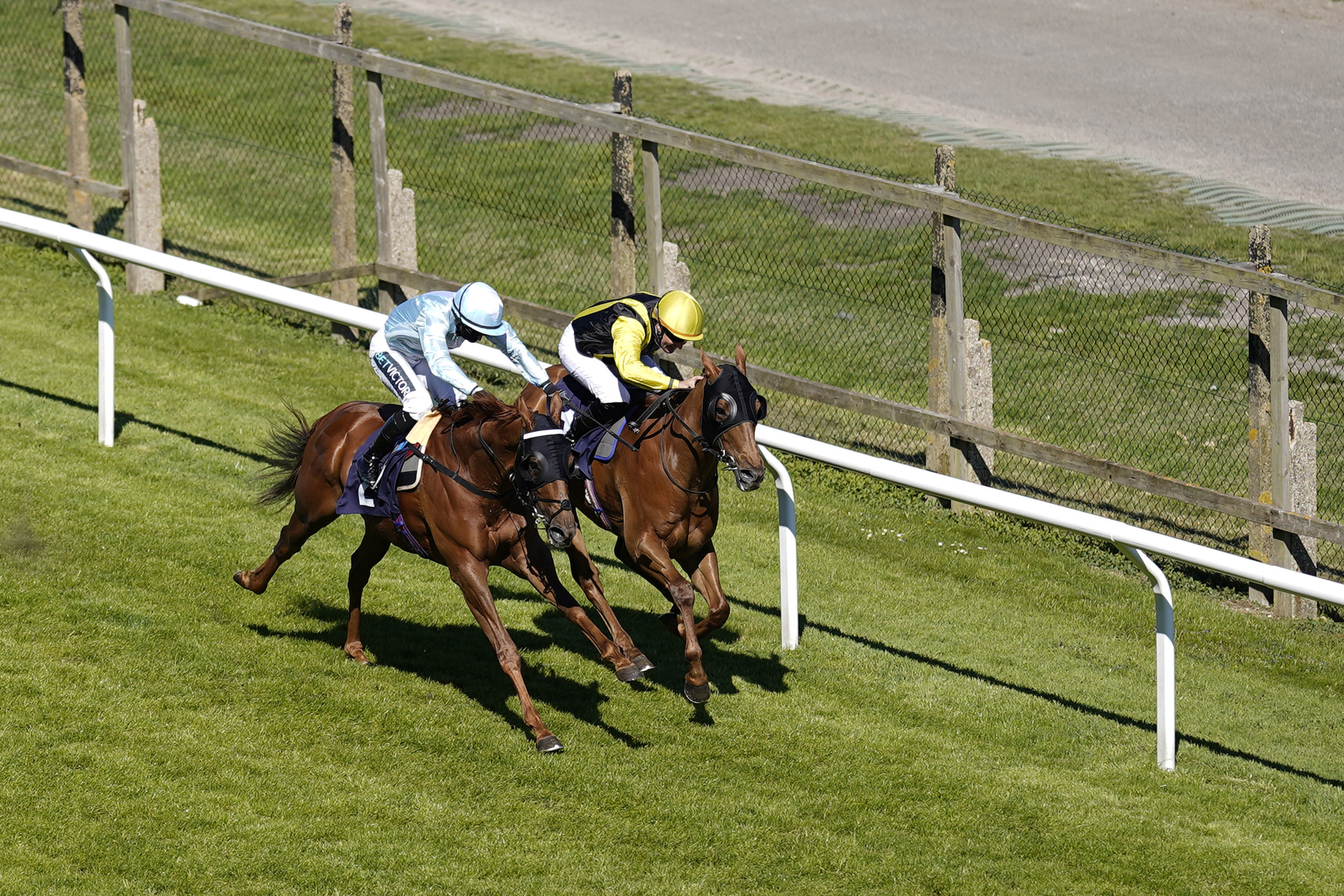 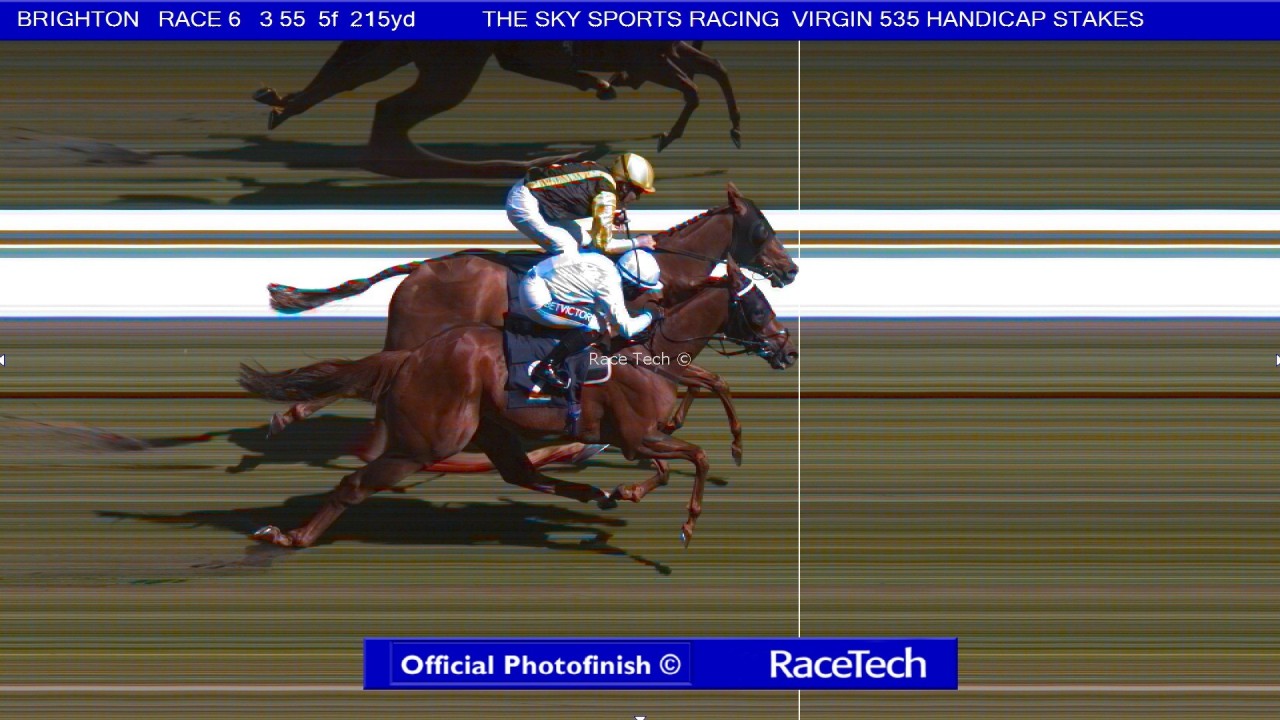 Jockeys Tom Queally, on 9-4 favourite Kindergarten Kop, and Nicola Currie on Batchelor Bay were fighting tooth and nail for much of the Brighton straight.

Over the final stages it looked as if the jolly was always just doing enough.

But Currie and Batchelor Bay were always hanging in there and the photo revealed just how tight it was.

The judges eventually called a dead-heat and it meant both riders brought up a double on the day.

Currie said on At The Races: "Coming over the line I thought I had won until I saw it on the screen.

"It really is an advantage on that rail. They both deserve it as they've been tough."

Punters were quick to ask for the photo after the race, with the camera angle at Brighton always favouring runners on the far side.

One said: "Can we see the photo please? Favourite looked to have held on every time I watch it.

The ultimate home for all your racing needs.

Number one for tips, betting offers and news – as well as full racecards and an interactive results and odds comparison service.

"Possibly pocket talk but the other is never ahead at any point towards the finish."

Another joked: "VAR would have found a whisker on one of the snouts to settle this."

Currie and Queally weren't the only jockeys smiling at Brighton.

Young gun Marco Ghiani also rode a double and had his two week old baby on hand for his post-race interviews.