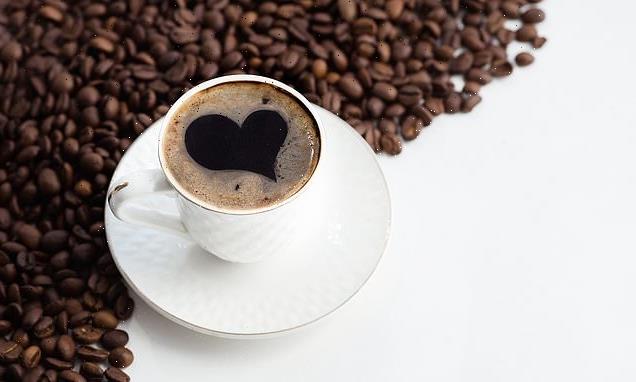 Drinking coffee can REDUCE your risk of heart arrhythmias — with each additional daily cup lowering the chance by 3 per cent, surprising study finds

Coffee might give you the jitters, but it can reduce your risk of abnormal heart rhythms — or ‘arrhythmias’ — a surprising study has concluded.

Researchers led from the University of California, San Francisco analysed the impact of coffee consumption on arrhythmia incidence among more than 380,000 people.

They found that every additional cup one consumes on a daily basis appears to lower the risk of developing an irregular heart rhythm by 3 per cent. 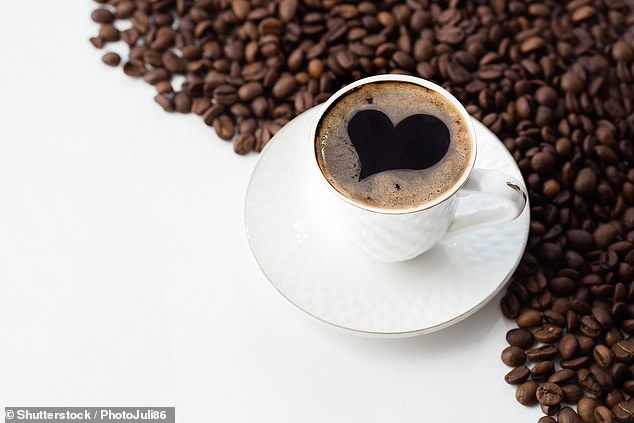 Coffee might give you the jitters, but it can reduce your risk of abnormal heart rhythms — or ‘ arrhythmias ‘ — a surprising study has concluded (stock image)

The study was undertaken by bioengineer Eun-jeong Kim of the University of California, San Francisco and colleagues.

‘In this prospective cohort study, increasing amounts of habitual coffee intake were associated with a lower risk of arrhythmia,’ the researchers wrote in their paper.

This was the case, they added, ‘particularly for atrial fibrillation and supraventricular tachycardia, with no evidence that genetically determined differences in caffeine metabolism modified these associations.

In their study, Dr Kim and colleagues analysed health data, genetics and coffee consumption habits of 386,258 participants over the course of around 5 years.

Data for the study was collected by the UK Biobank, a large-scale database containing detailed genetic and health information on half-a-million participants.

Over the follow-up period, 16,979 participants were found to develop an incident arrhythmia.

After adjusting for confounding factors — like demographic characteristics, comorbid conditions and lifestyle habits — the team found each additional regular cup of coffee consumed to lower the risk of incident arrhythmia by 3 per cent.

In the final part of the study, the team looked to see whether seven different genetic variants known to affect caffeine metabolism altered the relationship between coffee consumption and arrhythmia risk — concluding that they had no effect.

A mendelian randomization study involving the same genetic variants similarly revealed no association between variations in caffeine metabolism and the risk of developing abnormal heart rhythms.

The full findings of the study were published in the journal JAMA Internal Medicine.

Caffeine has been deemed safe for consumption in doses of up to 400 mg per day for the general population.

Studies suggest it can have a variety of health benefits, including combating liver disease and type two diabetes.

Research has even suggested it could even help people live longer.

It is the world’s most widely consumed stimulant and reports show it can boost daily energy expenditure by around five per cent.

Researchers have said combining two to four daily coffees with regular exercise would be even more effective at keeping the weight off.

A 2015 study showed just a couple of cups a day could help millions of dieters stay trim once they have achieved their desired weight.