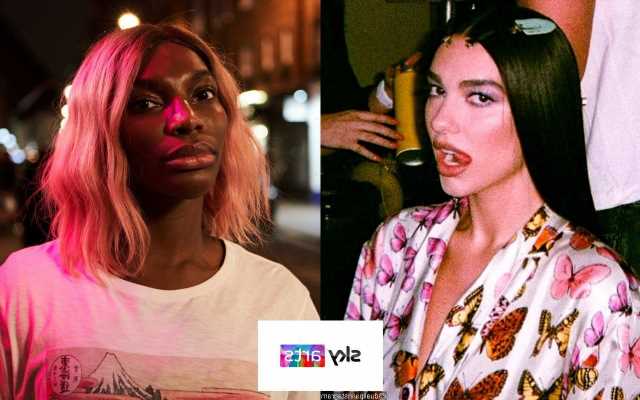 Celebrating every corner of the arts from Dance and Theater, to TV Drama and opera, the annual ceremony will return with its 25th anniversary event on July 18.

AceShowbiz -Singer Dua Lipa, rapper J Hus and TV drama series “I May Destroy You” are in the running for the U.K.’s South Bank Sky Arts Awards.

The annual ceremony, which celebrates every corner of the arts from Dance, Theater and Pop, to TV Drama, Film, Classical Music, Literature, Opera and more, will return with its 25th anniversary event on July 18, and air four days later.

Dua will face off with Hus with their respective albums “Future Nostalgia” and “Big Conspiracy” nominated for the Pop category, alongside British music collective SAULT, whose “Untitled (Black Is)” is also shortlisted for the prize.

Meanwhile, the TV Drama nominees are “I May Destroy You”, “Small Axe” and “Industry“, and the Comedy accolade features contenders “Home“, “Feel Good” and “Ghosts“.

The Film category will be a fight between “Rocks“, “Saint Maud” and “His House“.

New for 2021, ceremony officials will honor an institution and an individual with The Sky Arts Award for Innovation in the Arts During The Pandemic, “to acknowledge their outstanding work” during the COVID-19 crisis.

The South Bank Sky Arts Awards will be the first in-person celebration to take place at The Savoy theater in London, and will be presented and edited by broadcasting legend Melvyn Bragg.

He shared in a statement, “This is the 25th anniversary of the Awards and, with luck, we are back to a huge gathering of some of the finest artists across the board in the United Kingdom. This is an Awards show which also includes performances of the highest quality – and is altogether a positive and happy statement of the Arts in Britain today.”

Sky Arts director Phillip Edgar-Jones added, “After a year like no other where performers and artists across all the genres have found new and innovative ways of working, it’s with a real sense of excitement and pride that we welcome them back to celebrate all their amazing achievements in 2020. And in this, its 25th year, the South Bank Sky Arts Awards promises to be even more special.”