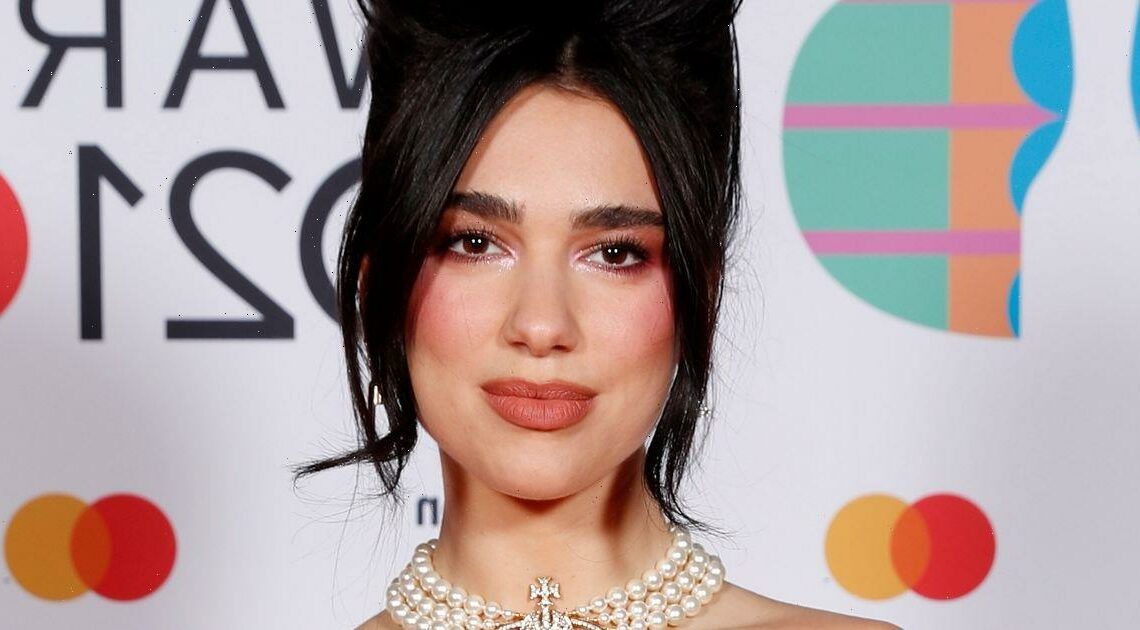 The BRIT Award winner, 25, appeared in a promotional clip for the ITV singing competition eight years ago.

In the short trailer, Dua can be seen singing while hanging some washing on the line out the garden.

The unrecognisable Levatating hitmaker styled her hair brunette locks in a bun while wearing an oversized t-shirt.

Dua's singing soon attracts a crowd of people and the advert ends with the musician being transported from her garden to standing in front of the four X Factor judges, who give her a round of applause.

Simon Cowell missed the ninth series of X Factor and the panel was made up of Gary Barlow, Nicole Scherzinger, Sharon Osbourne and Louis Walsh.

Host Dermot O'Leary's voice can be heard saying: "To win over the nation, first they have to win the room."

After working as a model, Dua signed with Warner Bros Records in 2014 and released her debut album in 2017.

The album peaked at number three on the UK Albums Chart and has achieved platinum status worldwide.

At the 2018 Brit Awards, the singer-songwriter won for British Female Solo Artist and British Breakthrough Act.

Her second studio album, Future Nostalgia, received critical acclaim and earned her six Grammy nominations, including Album of the Year, Record of the Year and Song of the Year.

In 2021, Dua was included on Time's 100 Next list about the future 100 most influential people in the world.

She won for British Female Solo Artist and British Album of the Year at the 2021 Brit Awards.

The 2013 series of X Factor was won by former prison officer Sam Bailey.

It was reported last week that music mogul Simon could return with a revamped version of the talent show.

His former girlfriend Sinitta, who appeared on Good Morning Britain recently, said: "I'm not sure if it's going to be this year or next year, but he's working on a revamped X Factor which I'm very excited about."

Simon was on a long road to recovery after he was nearly left paralysed when he fell of his electric bike in August.

He needed six hours of surgery and missed his spinal cord by a centimetre in the horrific accident.

He also shattered his spine in three places on the£16,500 CAB Recon e-bike, that can reach speeds of 60mph.