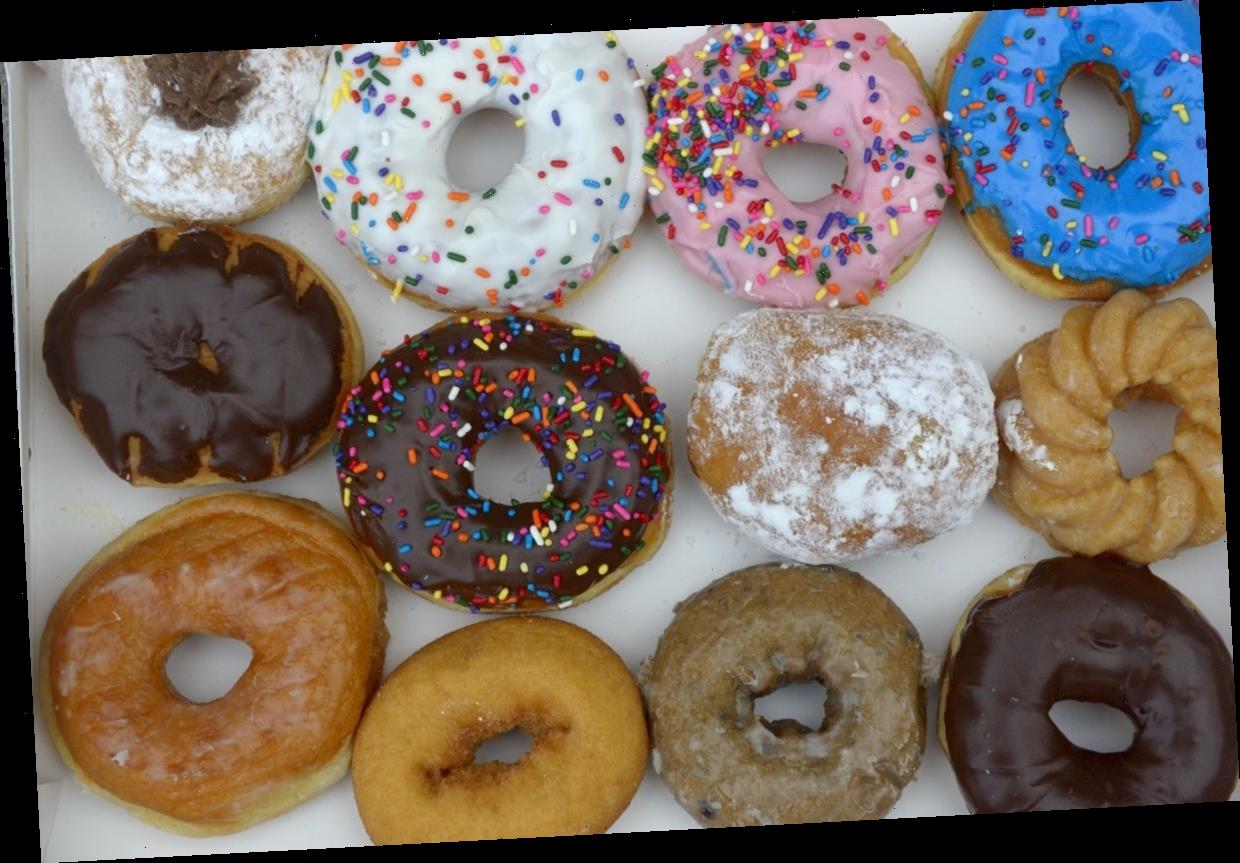 Dunkin’ is sweetening the countdown to spring with a delicious incentive to satisfy your donut cravings. IMHO, the only thing better than a donut is a free donut, and Dunkin’s 2020 Free Donut Fridays contest will be giving away a year’s supply of your favorites to four lucky individuals. To enter your name in the running, prepare to bring out your best Cheer-inspired routine in the coming days.

From Wednesday, March 4 through 11:59 p.m. ET on Thursday, March 26, the Boston-based donut chain is kicking off Free Donut Fridays with a bang and giving fans another reason to look forward to the end of the week with a special Cheer collaboration. If you watched the hit Netflix docu-series when it launched back in January, you probably are well acquainted with Navarro’s star cheerleader Gabi Butler.

On Wednesday, March 4, Butler took to Instagram to help Cheer and donut fans kick off a challenge where they’ll be coming up with their own cheer routines to T-G-I-F-D-F (thank god it’s free donut Friday) and posting it to their public Instagram account or Instagram Story each week from March 4 through March 26. The stakes? Free donuts for a year.

Dunkin’ will randomly pick four people who post their original cheerleading videos (which must be between 10 to 60 seconds in length to quality) each week during the course of the sweepstakes. To enter, posters must also tag @Dunkin and use the hashtag #FDFSweepstakes. If you’re one of the lucky winners, Dunkin’ will send you an Instagram Direct Message to get the ball rolling on a Dunkin’ gift card with a year’s worth of donut money on it, aka $441. Whether or not you choose to spend it solely on donuts or mix it up with some of the chain’s other offerings is up to you.

My morning routine starts with Dunkin’ almost every day and now I have an even bigger reason to visit on Fridays this month… it's Free Donut Fridays for DD Perks members with purchase of a drink! Want the chance to win free donuts for a year? Create your own T-G-I-F-D-F cheer and post it on IG using #FDFSweepstakes and tag @Dunkin. Each Friday in March they will randomly select 1 winner! ? NoPurchNec. Legal US/DC res 18+. Ends 3/26/20. #ad Rules: DDSweeps.com

I checked out the fine print, and there are a few things to keep in mind when making your original cheerleading video. The biggest thing is that your video won’t be eligible if "contains the names or likenesses" of any public or private figure without expressly getting permission. In short, you won’t want to dress up like your favorite Cheers star or do a parody of a celebrity in your video.

If you’re a DD Perks Member, you can score a free donut every Friday in March — March 6, 13, 20, and 27 — just by purchasing any beverage and showing your DD Perks account. You can join DD Perks for free to get in on the action. You can even score the new Lucky Shamrock Donut as your freebie.

As for the sweepstakes, Dunkin’ will award the a winner the first prize on Friday March 6, so I’d check out the details of the contest and get the ball rolling on an original routine that would make Coach Monica proud.