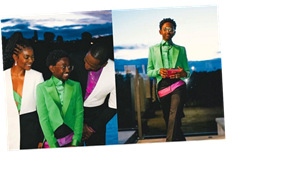 Dwyane Wade’s 12-year-old daughter, who the retired Miami Heat star recently revealed is transgender, made her red carpet debut on Saturday night and it was a full family slay.

Wade and wife Gabrielle Union stepped out alongside Zaya in coordinating bespoke pink and green Richfresh suits to celebrate a cause close to their hearts. The trio showed up for the Better Brothers Los Angeles sixth annual Truth Awards, which was “created to recognize and highlight the accomplishments of the Black LGBTQ+ community and its allies.”

“Last night was Zaya’s first red carpet and we couldn’t have been prouder of how she handled the questions that were asked of her,” the basketball player captioned a photo of Zaya strutting her stuff. “She has emerged as one of the young faces and voices for the LGBTQ+ community.”

The family took the stage to honor friends Jason Bolden and Adair Curtis, the couple that stars in the Netflix series “Styling Hollywood,” with the Business Leadership Award.

“When our [then-]8-year-old daughter, Zaya Wade, came home and said she had something to tell us, when she came out to us, as a family, we admitted that weren’t as educated about the LGBTQ+ community as we should have been,” Dwyane told the crowd, according to E! News. 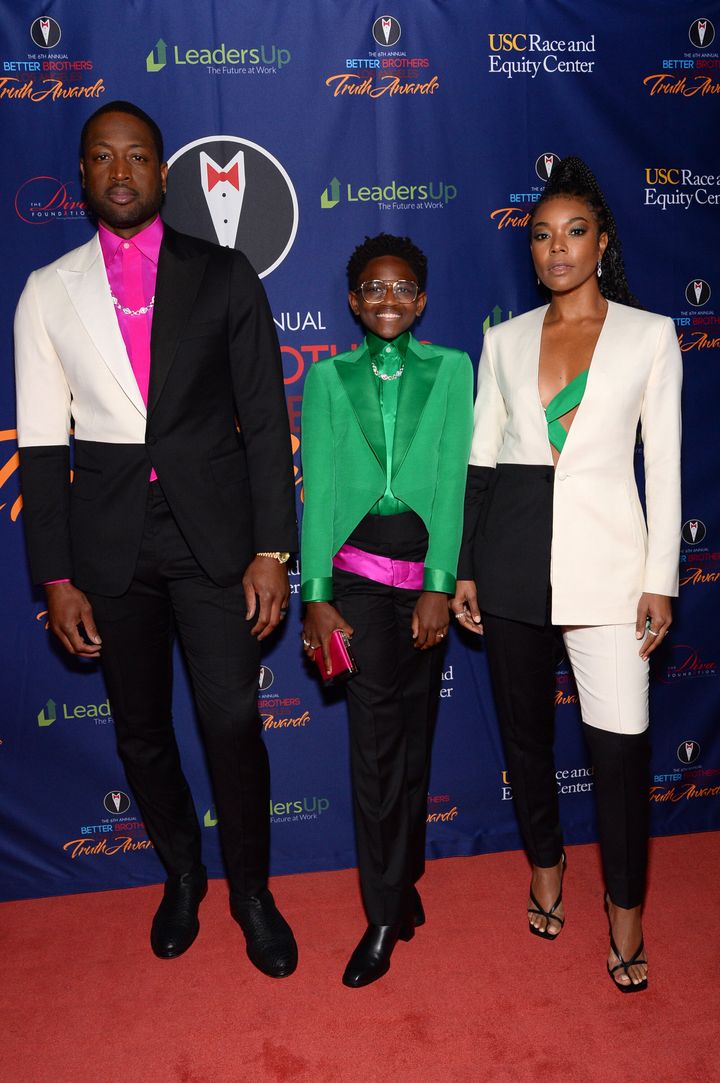 He went onto add that Bolden and Curtis “helped us navigate the right language to use, the questions to ask, and what to listen for,” and advised on smaller things, like designing Zaya’s bedroom to feel like a “sanctuary.”

Zaya took the mic to present the award to “her chosen godfathers,” remarking on stage that she was “so proud” to be a part of the evening.

Union later posted on her Instagram page about what the ceremony meant for their family.

“It was important for Zaya to be a part of such a beautiful night & reminding her of all the love & support she has,” the “Bring It On” alum said.

“We keep leading with love, light, and hope for a better more inclusive world. Stay put and stay mad if you want,” she continued in another post, likely referencing social media hate the family has received in recent months. “We keep it pushing.”

In the weeks since the retired Miami Heat star announced Zaya was ready to reveal her gender identity to the world, he and Union have been ever-supportive parents.

Last month, the couple, who have been married since 2014, were seen dancing and clapping during Zaya’s school concert, where she performed alongside her classmates.

“I’m doing what every parent has to do. Once you bring kids into this world, you become unselfish,” Wade said of his parenting beliefs last year.

“It’s my job to be their role model, to be their voice in my kids’ lives, to let them know you can conquer the world,” he continued. “So go and be your amazing self, and we’re going to sit back and just love you.”

Glow Up! Our Favorite '90s Hunks Who Are Dads Now