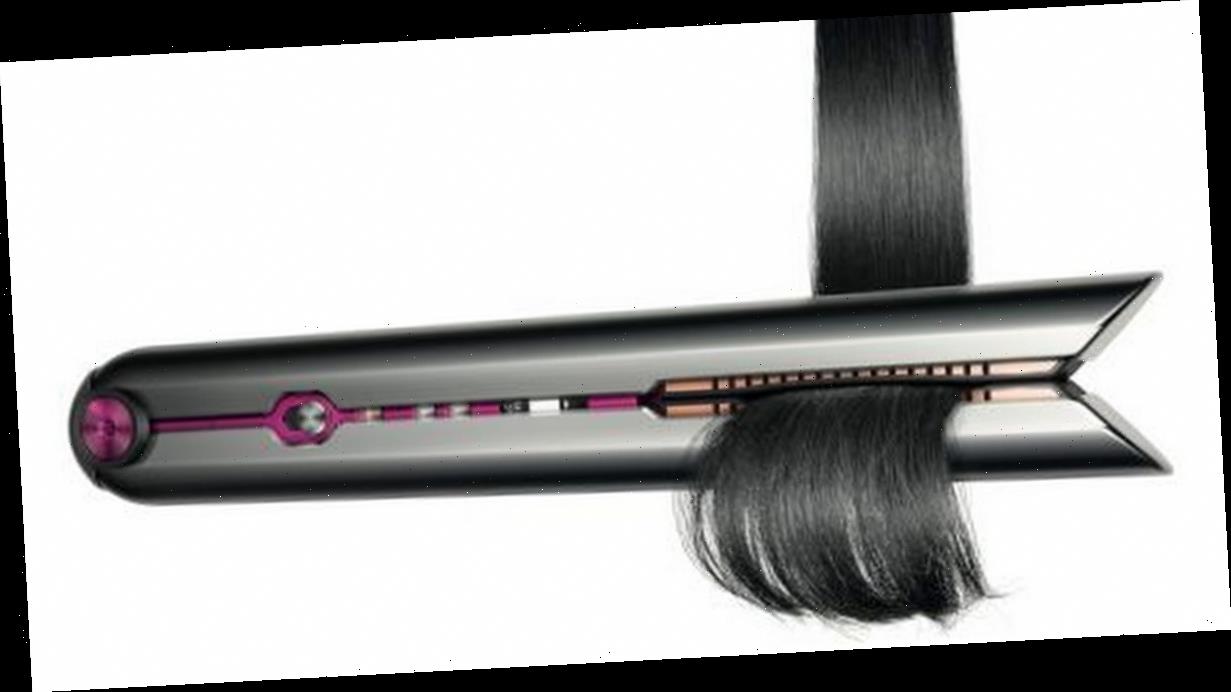 Dyson launches ‘revolutionary’ £399 hair straightener but does the Corrale deliver?

A new Dyson hair electrical is always a big deal in beauty – and for good reason. When the brand unveiled its Supersonic hairdryer in 2016, it was such a game changer it quickly silenced all those who thought women would never spend £300 on such a thing.

Having reinvented the hairdryer, Dyson repeated the trick two years later with its Airwrap hair curler, which used the mystical-sounding ‘Coanda Effect’ to automatically wrap hair around the tong. It looked less like hair styling, more like Jedi mind trick.

So when Dyson announced it was turning its attention to hair straightening, it’s fair to say the bar was set pretty high.

The result, which launches today, is called the Dyson Corrale, and I was granted a sneak preview under conditions of huge secrecy. This product must come with more non-disclosure agreements than the very messiest of celebrity divorces.

Once I’d agreed not to blab, I was allowed into the secrets of the straightener. The first is the big one – the price. At £399 it’s considerably more than its premium rivals, including the ghd platinum which isn’t cheap at £189. So what, exactly, has Dyson created to justify that price tag?

The Coralle’s straightening ‘revolution’ comes in the form of patented plates that bend around the hair to collect it (or ‘corrale’ it – hence the name). Once the hair is herded up, the flexible plates supposedly distribute heat and pressure evenly throughout each section, right to the edges.

With no escapees poking out the side of the plate, and every strand getting its equal share of heat, each section should only need going over once. The result, Dyson says, is ‘enhanced styling with half the damage’.

The other big selling point of the Corrale is its cord-free design. Once fully charged, it promises up to 30 minutes of high-performance styling away from a plug. You can also use it plugged in, with the charging cord magnetically clipped in place.

All very clever, all very Dyson. But is it really going to revolutionise hair straightening?

I must confess, I was a little underwhelmed when I finally clapped eyes on the new Dyson baby. Yes, the Corrale looks very slick, right down to the stylish magnetised charging cradle. But it also looks undeniably like… a hair straightener.

I was expecting Dyson to deliver another mic drop of a design, but there’s no getting away from the fact that, looks-wise, it’s still basically a pair of hinged hot plates that you clamp together and run through your hair.

From the outside, the biggest point of difference is the extended pointy tips of the straightening iron which remain cool at all times, ensuring you don’t accidentally singe your head. (I’ve been there.)

Of course, it’s what’s on the inside that really counts with a Dyson. The brand has spent nearly a decade and £100m on its flexi-plate technology, and as somebody who irons their hair on a near-daily basis I was keen to see if the Corrale really delivers.

The iron comes with an adjustable temperature range, from 165 to 210 degrees, and I was told that the lowest setting should be perfectly adequate for my fine-textured hair. That in itself should be a damage sparer compared to my regular 180-degrees ghds.

My first run through went very smoothly. I was impressed by how the Corrale held my hair in place, and it glided nicely down to the ends. When I released the section, it was certainly sleek.

It also performed well when I used it to curl my hair. For this, I was advised to crank it up to 185 degrees. Interestingly, I found I could curl slightly bigger sections than I would usually, which I’d guess is reducing my overall heat load.

With no cord to get in the way, it’s easy to rotate the irons, although I have to say I found the overall feel clunkier than both my regular plug-in irons and the £200 cordless model Babyliss unveiled a few months ago.

When I commented on the heavier feel of the Coralle, I was told it actually only weighs a shade more than my usual ghds. I wasn’t allowed to take the Dyson away for a direct comparison so I’d have to hazard a guess and say the in-hand feel is partly down to unfamiliarity and partly down to a different weight distribution within the iron itself.

So overall, do I think it’s a revolutionary breakthrough in straightening? On styling performance alone, I’d have to say no. I’d been hoping my hair would emerge from the Coralle’s flexing plates so other-level glossy, I’d want to drop £399 right then and there, but hand on heart, I didn’t. I get just as good, if not better, one-stroke straightening and curling results from my ghds.

I would, though, be inclined to whisk it away with me on holiday. I’ve been to enough hotels without a plug within stretching distance of a mirror to know it could save me a lot of grumbling and neck strain.

Finally, there’s the bigger picture, beyond the styling. For Dyson, the real selling point of the Corrale isn’t the short-term results but the long-term benefits: fewer strokes, less heat, less damage. Dyson must know there are already hundreds of perfectly effective straighteners on the market, and is hoping women are prepared to invest now in a product designed to spare their hair in the future.

But is the world really ready to spend £399 on Dyson’s damage limitation promise? My straight answer is – I don’t know.

If you want to check it out, it's available exclusively via Dyson.