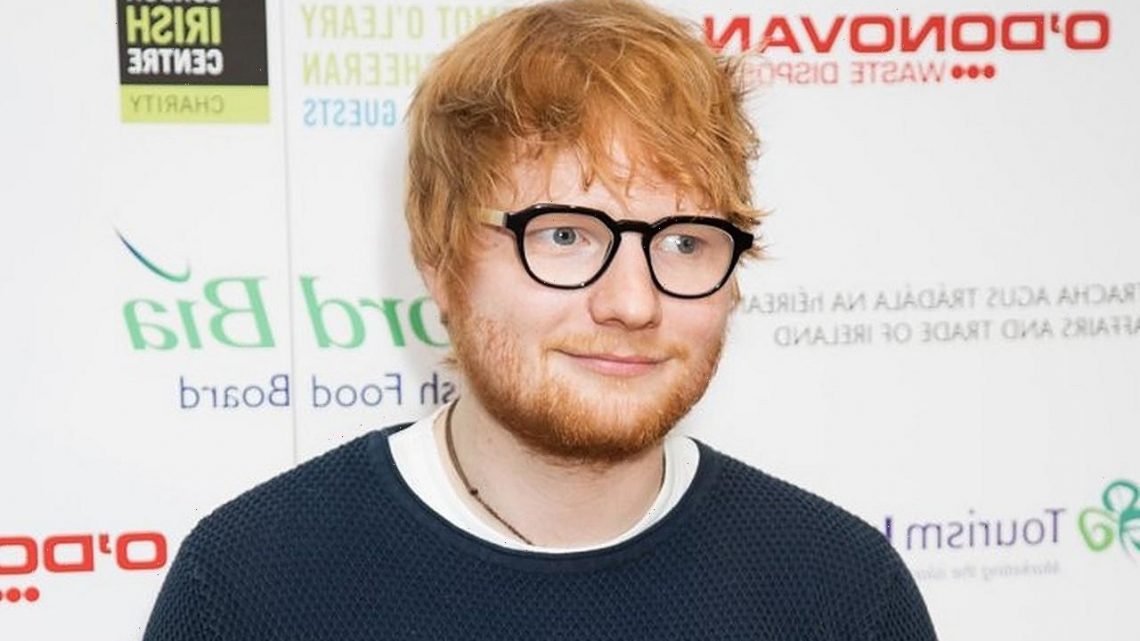 The ‘Thinking Out Loud’ hitmaker is expected to come out of his hiatus and release brand new music soon after he was spotted shooting a new music video in London.

The singer has been on an 18-month hiatus to spend time with his wife Cherry Seaborn and baby daughter Lyra, but he has been spotted filming a new music video in London this week (begs19Apr21).

A source told The Sun newspaper’s Bizarre column, “It was obvious something big was happening, there were camera crews and security cordons set-up.”

“But you still don’t expect a superstar to be on the roof of the shopping centre.”

“He’s so recognisable straight away, and at that point he was just in his normal gear with his guitar so word got around fairly fast that Ed was filming – but he was cool about it, he was waving to some kids and laughing about it all, it was pretty surreal.”

Ed was spotted playing his guitar on a rooftop in Catford, south east London and was also seen dressed up as a vampire for some scenes filmed in a cafe.

The insider said, “There were quite a lot of fans later on and security were a bit anxious but he just knew how to do it, he posed for a few photos and then politely said he had to get back to work.”

“He’s obviously planning for a big comeback. At times you could hear music playing which sounded great, but it wasn’t something I’d heard before.”

Details of Ed Sheeran’s new music are still sketchy, but he marked his 30th birthday earlier this year with a hint about his next LP. “30 today,” he wrote. “Thank you for all your wonderful messages, I feel very loved. Currently dressed the same as I was on my 3rd birthday about to chow down on Colin the pirate caterpillar (cake), poor bloke. I’ll be back online with the 4th instalment in the series later this year, until then xx (sic).”

‘Be proud of what you did’: The words that convinced this Anzac march leader to turn up