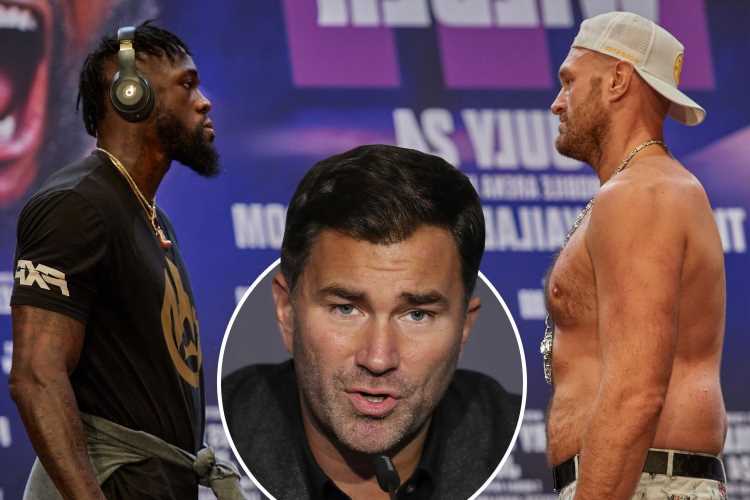 The Gypsy King will defend his WBC heavyweight title against the American in the early hours of Sunday morning in Las Vegas. 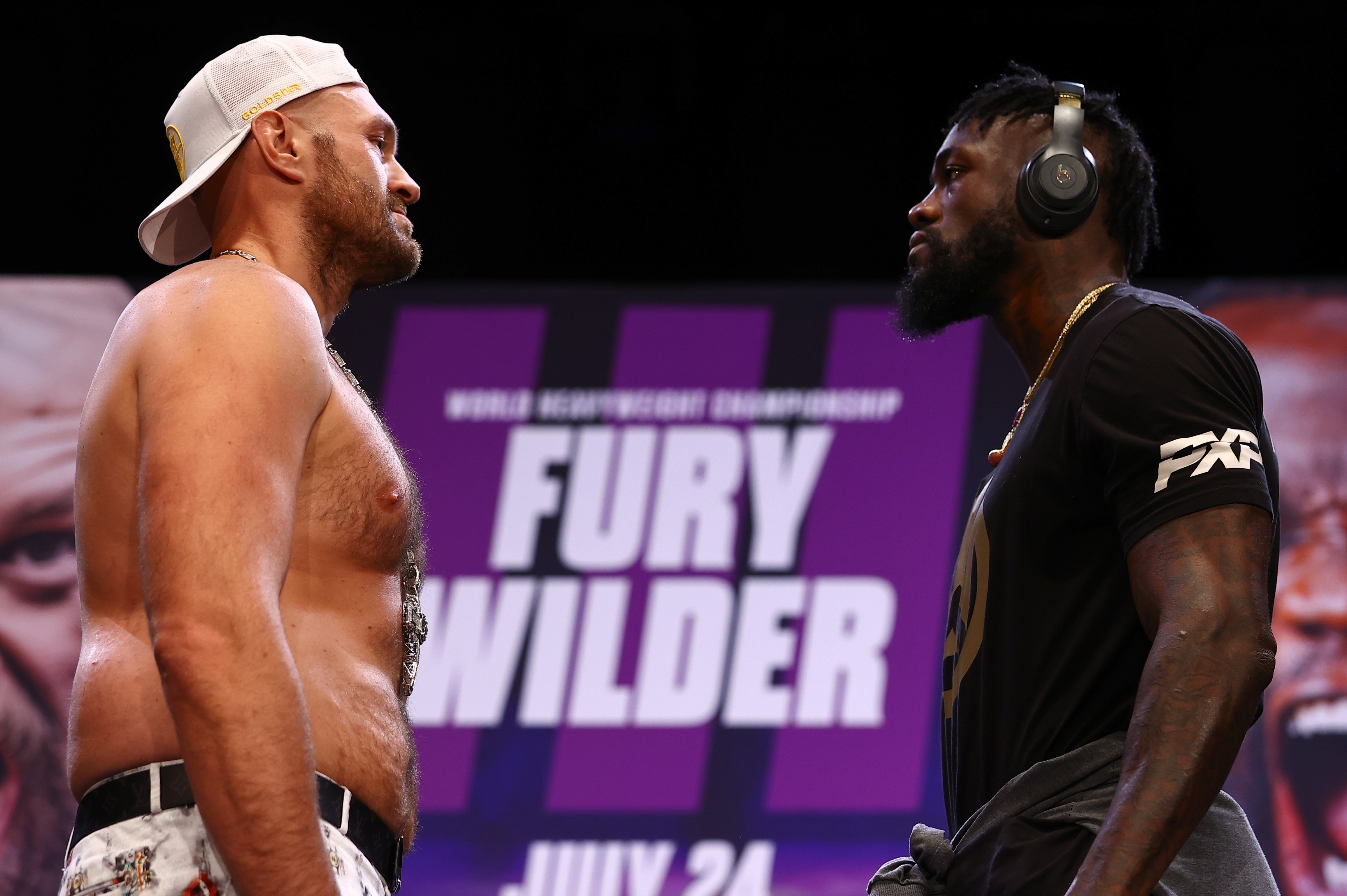 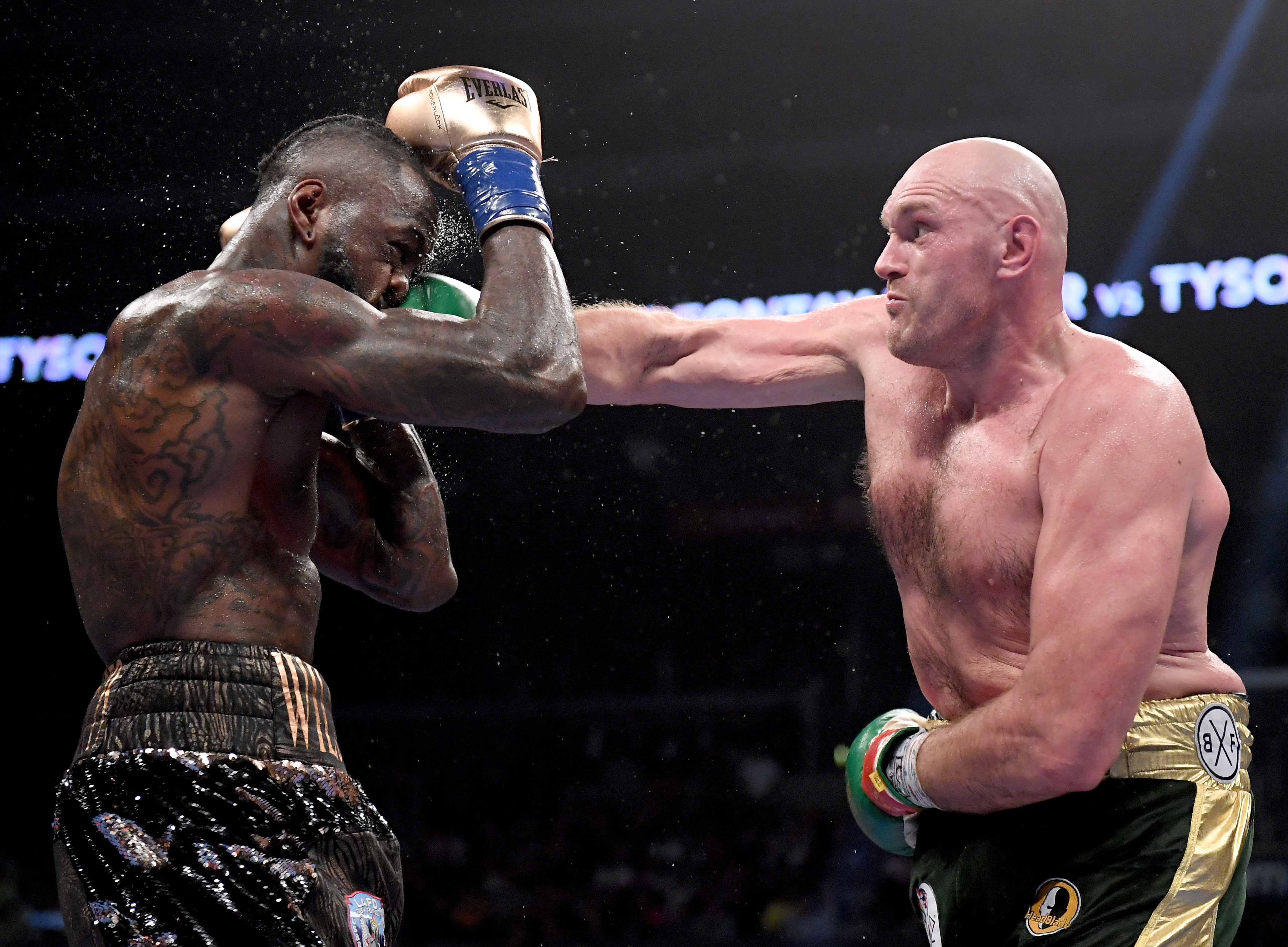 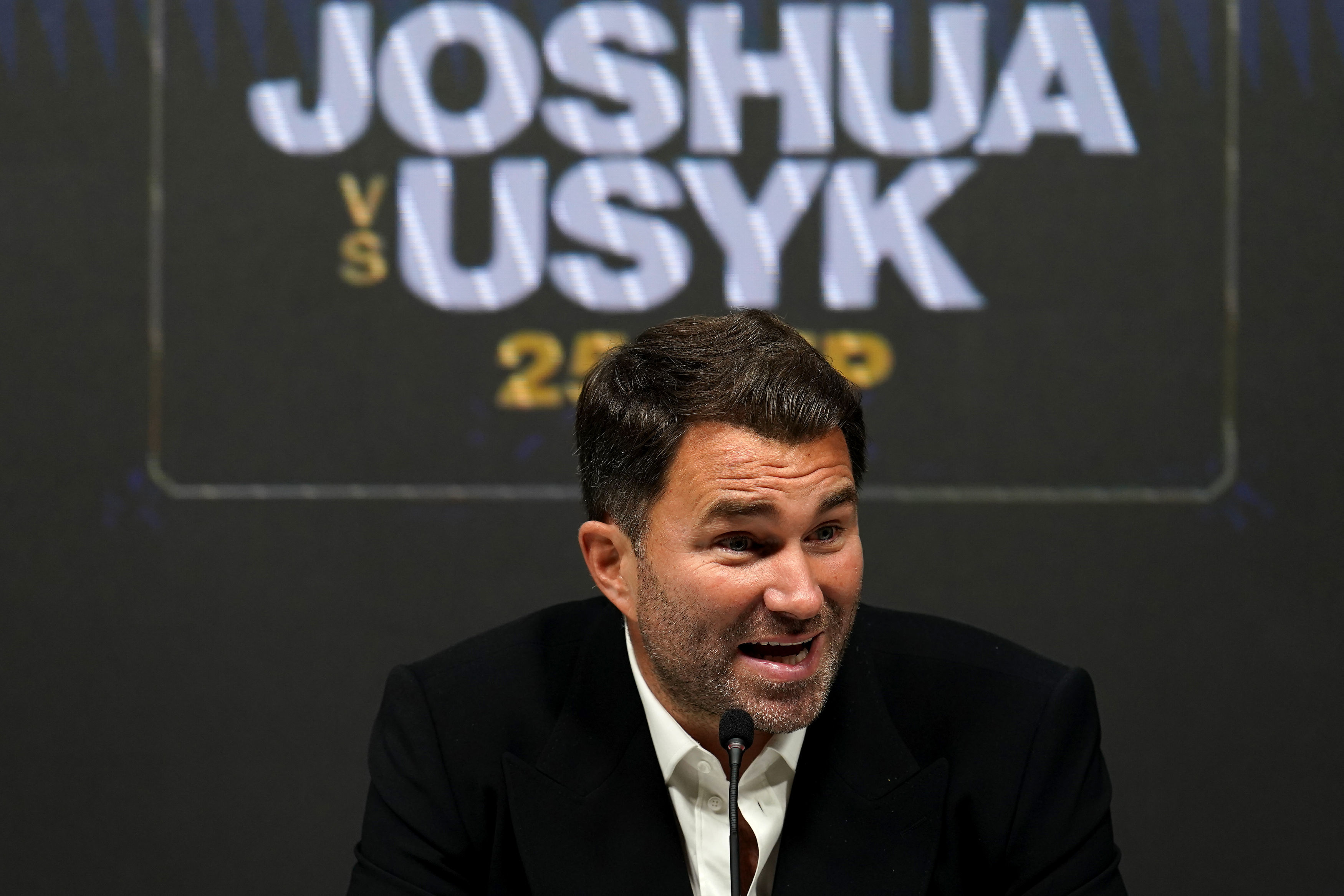 Fury, 33, battered Wilder from pillar to post in their rematch last February and has promised another sensational stoppage.

Matchroom Boxing chief Hearn foresees Fury dominating the American again but failing to stop his rival inside the distance.

He told the BBC: "WBC champion Tyson Fury takes on Deontay Wilder this weekend in Las Vegas for their trilogy fight and I think Fury wins again – this time on points.

"The Usyk-Joshua fight was always going to be closer than Wilder-Fury III."

Although he's tipping Fury to have his hand raised, Hearn is refusing to rule out Wilder's chances of reclaiming the WBC throne.

He continued: "Fury is a huge favourite but Wilder has the ability to end a fight at any time.

BETTING SPECIAL: GET 30/1 ON FURY OR 50/1 ON WILDER FOR HEAVYWEIGHT BOXING CLASH

"It's heavyweight boxing and that's why it's so exciting."

Fury scored a seventh-round stoppage of Wilder in their rematch last year and has promised an even faster finish in their third bout.

Speaking after his grand arrival on Tuesday, he vowed: "I am going to knock him out, quick time.

"For that, I might do it slow. I might take my beating him up and make him quit. I might force him to say, 'No mas.'"

Olympic bronze medallist Wilder has had to stew on his first professional defeat for 19 months and is hellbent on avenging it in devastating fashion, saying: "My mind is very violent.

"We built a whole facility to commit a legal homicide and that's just what it is, my mind is very violent at this time.

"I can't wait, when you're contemplating and pre-meditating about harming a man and you see that person, what you've been thinking and feeling will come out.

"The only thing about it is, at that point in time, I have to wait until I get in the ring to really release because I can't do it on the outside, it'd defeat the purpose.