Home » Lifestyle » ‘Einstein was wrong!’ Physicist rallied against ‘most shocking discovery’ in physics 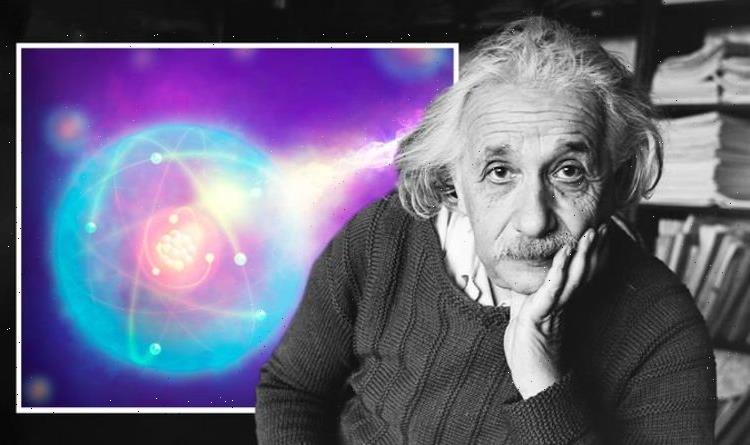 ‘Einstein was wrong!’ Physicist rallied against ‘most shocking discovery’ in physics

When Albert Einstein published his general theory of relativity in 1915, he sparked a scientific revolution that is paying dividends even today. The theory put a twist on the Newtonian model of gravity, transforming the fundamental principle of the universe from a force between bodies with mass to a warping of space and time. Scientists have widely hailed general relativity as one of the greatest achievements of the 20th century, followed by Einstein’s theory of special relativity.

Even today, GPS satellite operators tune their high-precision instruments to the principles outlined by Einstein more than 100 years ago.

But in a world “with laws that guaranteed things always happened, given the same circumstances,” Einstein was about to encounter a whole new world of physics that threatened to upend everything he thought he knew about the universe.

Einstein is considered by many to be the “Third Father” of quantum theory, following in the work of physicists Neils Bohr and Max Planck.

Unlike general relativity, quantum theory describes the awfully bizarre principles that govern the world at the smallest level imaginable – particles.

And according to Elsie Burch Donald, author of the newly-published book Youniverse: A Short Guide to Modern Science, the discovery almost proved too much to handle for the physicist.

She wrote: “To his astonishment, he found he’d uncovered a mad-house: a topsy turvy, seething micro-universe of mayhem, the wonderland of quantum physics.

“Einstein was incredulous. He couldn’t – wouldn’t – believe it. But today it is the norm.”

To an outside observer, quantum physics may seem like a set of contradictory principles that break down the order of the universe.

The theory does not gel well with general relativity and to this day scientists haven’t found a way of combining the two.

The conundrum has led some to consider the possibility Einstein may have been wrong all along.

In general relativity, one event happens after another and scientists can always determine a cause and effect on a cosmic scale.

In quantum theory, events are much more probabilistic and oftentimes incomprehensible to the layman.

In other words, the quantum world appears to be governed entirely by probability.

For instance, scientists have observed photons of light sometimes act like waves and sometimes like particles, disrupting decades of research that described light as particles.

According to Ms Donald, Einstein rallied against the world of quantum physics because of how bizarre it was – and that proved to be his biggest mistake.

She wrote: “It’s a world of uncertainties, where everything is built on chance.

“And it’s been called the most shocking discovery in the history of science. Einstein thought it catastrophic.

“‘God does not play dice,’ he famously said, with a shake of his shaggy head.

“But he seems to have got that wrong.

Youniverse: A Short Guide to Modern Science, published by Duckworth, is out on sale today (September 9) for £9.99.

The book’s chapters were all vetted by a team of 13 scientists, including researchers at Oxford, Liverpool and London.

Ms Donald is a 70-year-old author who grew up on a farm in Memphis, Tennessee, studied at Edinburgh University, and has written three guidebooks.

Utopia in the desert: plans for new $US400b US city revealed
Recent Posts