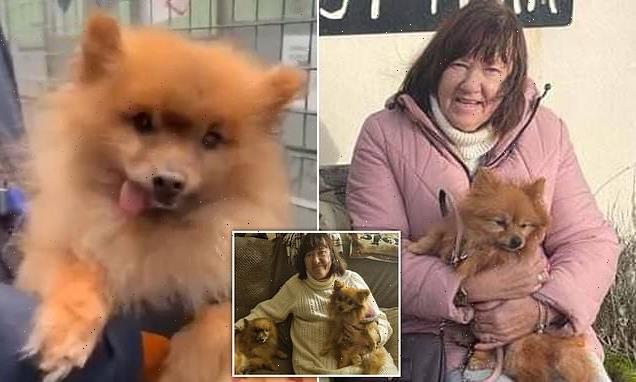 An elderly dog has finally found a new home after spending an astonishing 15 years waiting for the right owner to come along.

Merlin had been with his breeder for well over a decade before being handed into the Many Tears Animal Rescue shelter in Llanelli, Wales.

The shelter took to social media last week in a desperate attempt to find the Pomeranian a home in the twilight of his life.

And Merlin finally has a happy ending with 75-year-old Margaret Milburn, of East Riding, Yorkshire, who says she fell in love with him at first sight. 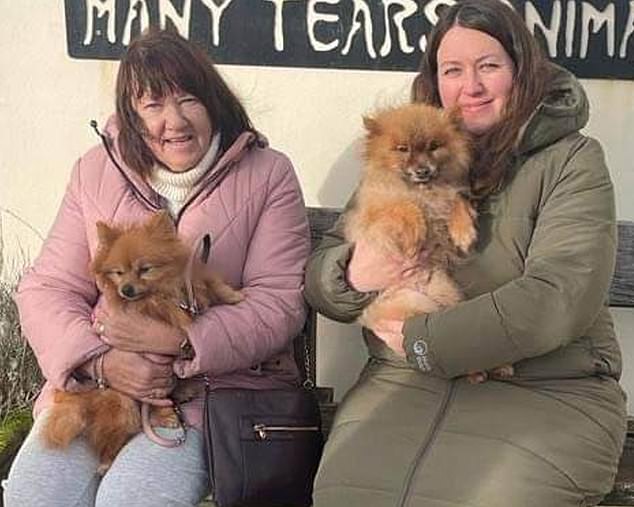 Margaret Millburn, who has adopted Merlin, pictured with her daughter Adele Thorpe and chihuahua Chloe

Margaret said: ‘I thought [when seeing the advert] what a beautiful boy, he doesn’t deserve the life he has had. How can people be so cruel?

‘The application went through really quickly, I think, because I already had a little Pomeranian.

‘When I met him for the first time he just stared at me. He was so beautiful with a lovely nature.

‘[My other pets] are getting on really well. He loves everyone and even kisses the cats.’

Merlin had lived with his breeder for more than a decade and not even house trained. 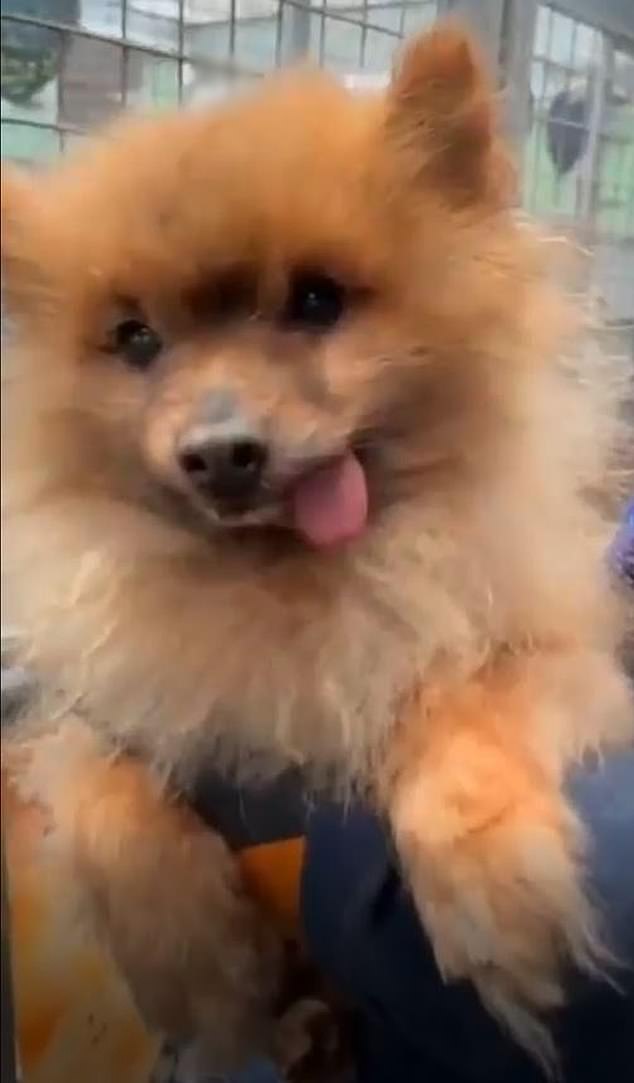 Merlin the Pomeranian had a difficult life, being kept with a breeder for years and not house trained before being given up 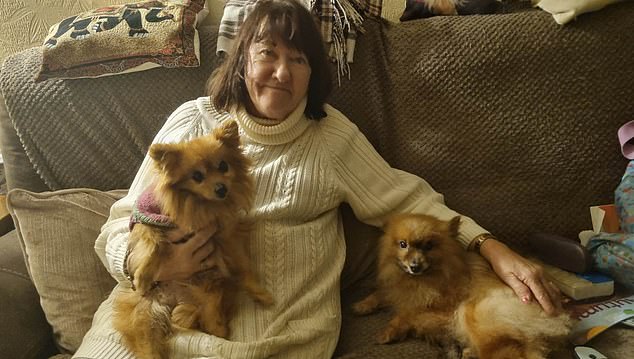 Margaret Millburn with Merlin (Right) and Chloe the chihuahua (left). She said she fell in love with Merlin at first sight

He was then given to rescue shelter Many Tears, which takes in foster dogs after owners and breeders can no longer look after them.

When no one initially came forward for Merlin, they put out an advert.

It read: ‘Meet Merlin. He came to us with a passport that says he is nine years old but we believe this little dog is around 15 years old.

‘Merlin is a handsome Pom who has been given up from his breeder after a whole lifetime of being there.

‘Is he bitter and resentful? No. This wonderful little dog is grateful. He is delighted with the attention he is being shown and he can learn so much from him.

‘Merlin enjoys a fuss and has been a gentleman with the dogs here.

‘He won’t be house-trained yet or understand anything of living in a home, so he needs some time and patience of course.

‘Please don’t make him wait any longer, he has waited a whole lifetime to find his happy ending and we don’t know how many days he may have left and we have promised him we will make them the very best we can. Merlin has a passport.’ 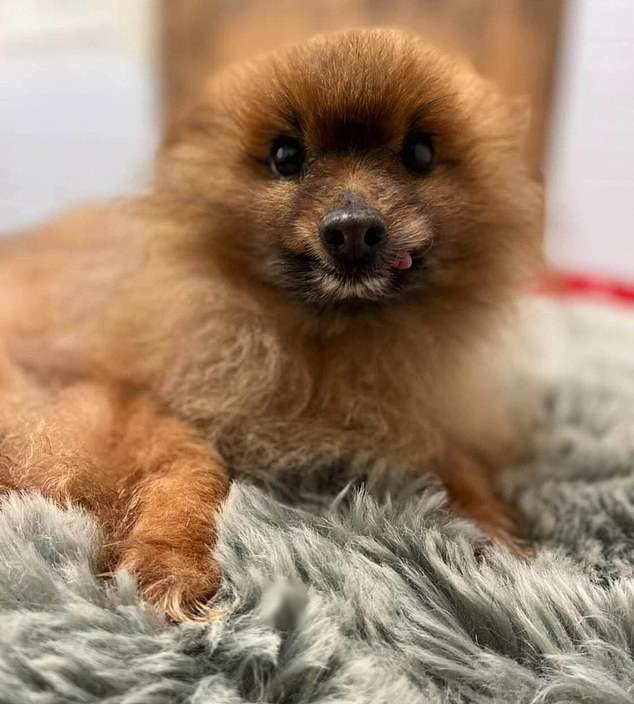 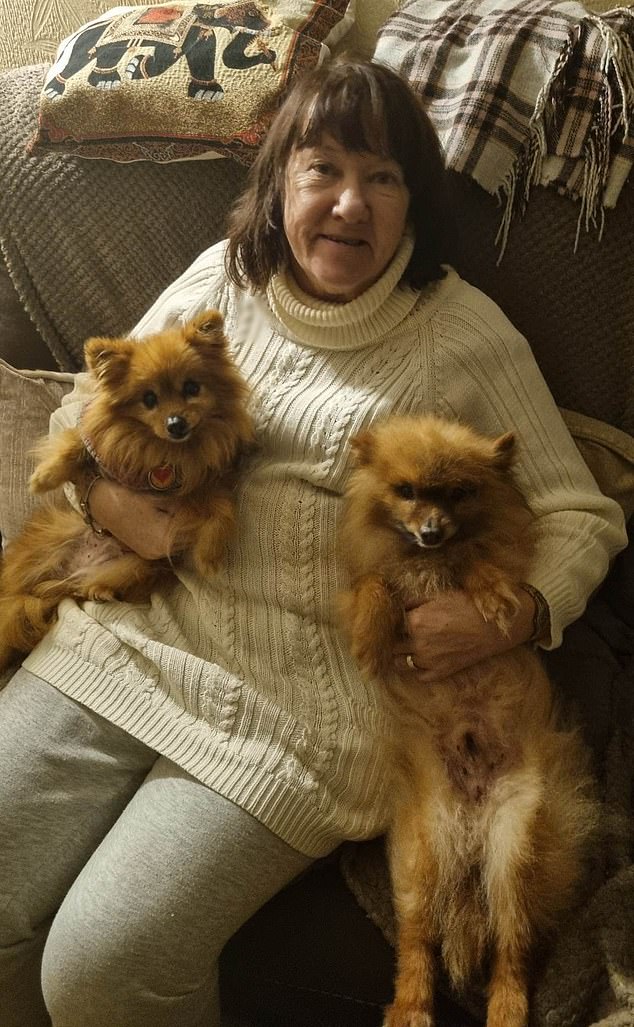 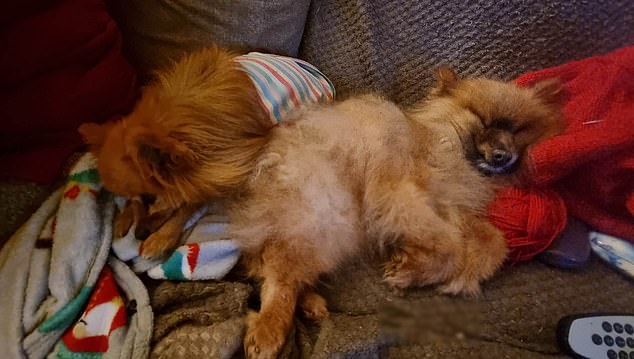 When Margaret’s daughter Adele Thorpe, 35, saw the advert on social media, she immediately called her mother.

Margaret had a Chihuahua Chloe – but her lost her previous Pomeranian, Toby, the year before.

The pair then contacted the rescue home and it was agreed they could take Merlin if he got along with Chloe.

They then drove to Wales to collect him before driving the long way back to Yorkshire.

When the new family got home, Adele then posted about it on social media.

She wrote: ‘Happy gotchaday to fifteen year-old Merlin. I promised I would update you all.

‘After an extremely long drive home, he was as good as gold.

‘No accidents in the car, three wees [sic] as soon as he explored his new garden.

‘He decided he didn’t need hand-feeding (he only has two teeth, bless him) and gobbled two bowlfuls straight from the bowl and it honestly was like he had always been there.’

She added that Merlin ‘didn’t bat an eyelid with the cats’.

She added: ‘His new sister, 14-year-old Chloe wasn’t bothered and as I left he was pride of place on the sofa, getting love and snuggles from his new mummy. Perfect start to his happily ever after.’

The post has received more than 1,400 likes, and over 150 comments from users who expressed their delight at seeing Merlin finally secure a happy home for himself.

One wrote: ‘Thank you for giving Merlin more than a home, you have clearly given him all the love he has missed.’

While another added: ‘I am so happy to have read this, thank you very much. I saw him last week and [he] has been on my mind.’

A third wrote: ‘This has made my day. So thrilled that Merlin has found his forever home.

‘Bless you for opening up your heart and home to this adorable boy. Go live your best life, Merlin.’

Margaret added: ‘He [Merlin}is still unsure what to do and I have to show him. He couldn’t believe the garden when he first saw it.

‘He’s eaten a lot and slept a lot, we have read that excess sleep in the early days is common in rescue dogs. They can finally have a peaceful sleep without being on edge.

‘He’s such a beautiful boy. Finally in a quiet, peaceful home.’

'Rather eat the box' – Fans left disgusted at 'half-cooked' £4.20 cheeseburger bought at football match | The Sun

I’m a female mechanic – men say they want me to fix their cars, I know it's just an excuse to meet me | The Sun
Recent Posts