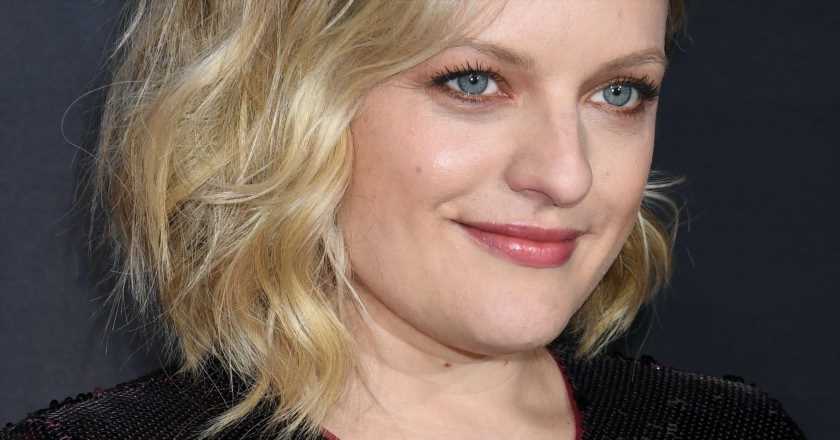 The Handmaid’s Tale star Elisabeth Moss is set to star in a major new Hulu thriller from Peaky Blinders creator Steven Knight. Here’s everything we know so far about The Veil.

As we count down the days until the fifth season of the hit series The Handmaid’s Tale returns to our screens (next month, folks, in case you’re wondering) word comes our way that another major Hulu series has just been given the green light with the inimitable Elisabeth Moss.

Titled The Veil, the gripping new thriller will focus on “the surprising and fraught relationship between two women who play a deadly game of truth and lies on the road from Istanbul to Paris and London”, according to Variety.

The Handmaid’s Tale season 5: Alexis Bledel has confirmed she won’t be returning to the show

So far, so Killing Eve. But this is an especially high-stakes game of cat-and-mouse. Because one woman has a secret, while the other has a mission to reveal it before thousands of lives are lost. Dramatic, right?

Moss, as we all know, is an undisputed star of the genre, having scooped up both an Emmy Award and a Golden Globe for her role as June Osborne in The Handmaid’s Tale, as well as a staggering six Emmy nominations for her role as Peggy Olson in Mad Men. Recently, she electrified viewers in the Apple TV+ series Shining Girls and The Invisible Man.

While it’s a given that Moss will excel in the new series, The Veil comes with excellent behind-the-camera pedigree, too. Per Variety, the new series will be written and produced by Steven Knight, who is best known for creating the hit series Peaky Blinders and the hugely popular Tom Hardy thriller Taboo.

Knight, who is currently working on an upcoming adaptation of Great Expectations starring Olivia Coleman, said he was excited to embark on the new series, which marks his fourth project with FX to date.

“I’m absolutely thrilled to be telling this story, which is truly international and very contemporary,” he remarked of the series.

“We have gathered together some of the most talented people in the business. Working with Denise Di Novi is always a pleasure and I’ve wanted to work with Elisabeth Moss for a long time. Of course, FX and I are old friends. I think this will be a landmark television event.”

“We’re excited to continue our partnership with Steven Knight on The Veil and thrilled to have Elisabeth Moss sign on for the lead role,” added Nick Grad, president of original programming at FX.

“Steven’s scripts are riveting and no doubt will showcase Elisabeth’s exceptional talent.”

There’s no word yet on the wider cast or a release date, but we’ll be sure to keep you updated when we hear. In the meantime, you can catch up on everything fans can expect from the new season of The Handmaid’s Tale here. And you’ll definitely want to, because in the words of Moss, “I almost can’t keep up with the amount of activity that’s happening”.