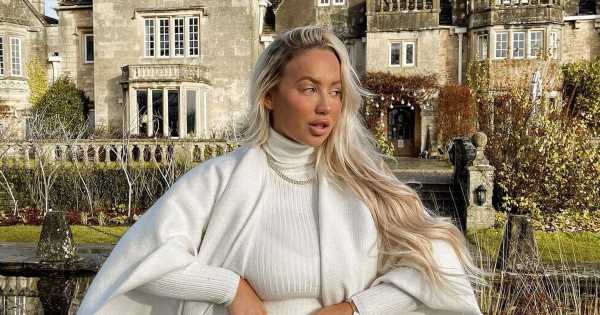 Elle Darby shared a grovelling video of her apologising to the public following resurfaced racist tweets which came to light over the Christmas break.

She has since gone radio silent on both platforms as both she and her partner Connor Swift addressed the comments made by both of them from 2012.

Speaking to Daily Star, PR Expert Rochelle White has given her verdict on whether Elle can bounce back from the scandal which rocked her socials and saw her Instagram drop by over 100,000 followers.

Rochelle said: "The best thing to do would be to step away and take a break from socials. It would be great for her to figure out what her next steps are moving forward.

"What happened can't be take back, many who have had situations like this have had a strong team behind them to help them manage their career, which is a good step to make."

Rochelle recognised that some of the successful comebacks following online backlash included stepping away from social media and taking time to acknowledge their wrongdoings.

She added: "The worst thing is if people deny it or try to cover it, being open and honest is the best way and learning from it. No influencer or content creator is ever fully cancelled.

"There will be a backlash, but the bigger the influencer with an established audience the harder it is to cancel them fully."

Recognising the rise of cancel culture, Rochelle said that it is "here to stay", particularly as more and more platforms are launching online.

It was just last week that the influencer addressed the unearthed tweets which were resurfacing online as she and her partner Connor released statements which stated they were "devastated" by some of the language they used when they were younger.

Another said: "I much prefer my pretty four labrador retrievers to my ugly, spiteful, mongrel cat. That b***h can go back to the rspca."

Many of the tweets followed a theme of racism directed at those from ethnic and minority groups of people.

In the statement, the wrote that they were "ashamed" at what they found and "devastated" by the language used.

"These comments are not a reflection of who either of us are as grown adults, nor who we were at the time they were made, and do not align with what we stand for."

They have since taken a break from social media following the resurfaced tweets.