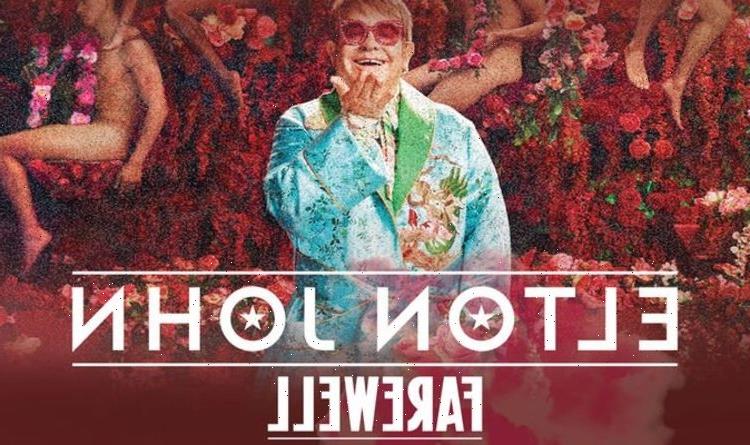 Elton John on costume 'disaster' he experienced during career

Sir Elton John’s musical career has spanned five decades. The final event of his ‘Farewell’ tour will take place in London next year. The singer will play the final gig of his tour at the BST Hyde Park festival in 2022.

The star announced his final world tour “Farewell Yellow Brick Road” – The Final Tour back in 2018.

Since then, he has been performing his last gigs at cities across the world as he retires from touring.

His farewell tour was supposed to take a whopping three years, spanning five continents and featuring more than 300 concerts.

Due to the pandemic, his final performance of the tour has had to be postponed for two years in a row.

His final concert has now been rearranged for June 24 2022.

When he announced his final tour, Elton John said: “It’s time to come off the road so I can fully embrace the next important chapter of my life.”

He was quick to later address speculation that he would be ending his touring career due to ill health.

He said the reason behind his decision was to allow him to spend more time with his two young children.

He said: “When I stop, they will be 10 and eight and that’s a very important time in their lives.

Jim King, chief executive of European festivals at AEG Presents, said: “Elton John has provided the soundtrack to the lives of so many of us and to know that his last tour is coming to Hyde Park, possibly the last time many of us will ever see him play, is one of the most important and ‘must see’ nights of BST Hyde Park ever.”

How can you buy tickets?

Tickets to his historic final performance at the BST Hyde Park next year will be priceless.

There are several ways you can secure tickets.

If you pre-order a copy of the singer’s new album, The Lockdown Sessions, you will be able to skip the crowds and get access to a pre-sale of tickets to the festival.

To be eligible for this, you will have to pre-order Elton John’s new album before midnight on September 5.

This should give you access to the pre-sale of tickets, which will be released between September 6 to 8.

Those who book the festival within this window will be guaranteed tickets to Elton’s Hyde Park show.

If you are an American Express card member, you will already be able to access presale tickets.

These became available from 10am on September 3.

Tickets will then go on general sale from 10am on September 10.

Tickets will be made available to buy on the BST festival’s website and prices will start from £70.