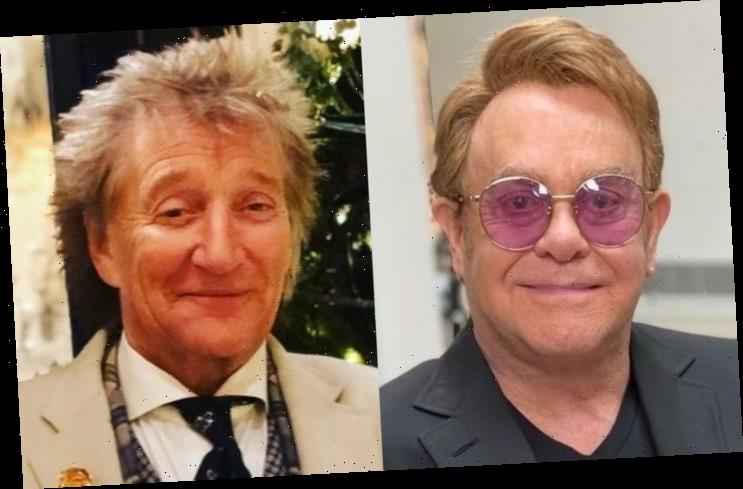 The ‘Rocket Man’ singer suggests his friend-turned-enemy Rod Stewart is a hypocrite for complaining about his tour while the latter is promoting his own road show.

AceShowbiz –Elton John has reignited his feud with Rod Stewart by slamming his former pal for criticising his retirement plans in a new chapter of his autobiography.

The pair’s relationship soured when in a TV interview Rod said Elton’s big announcement in January 2018 that he would go on one last mammoth world tour and then retire was “dishonest” and “stinks of selling tickets.”

In the new paperback version of Elton’s autobiography “Me“, the “Rocket Man” singer details his fallout with Rod and says he won’t take lectures on rock authenticity from someone who has moved into crooning in later life.

“I certainly didn’t feel like I needed a lecture on the feral spirit of rock and roll from someone who’d spent most of the last decade crooning his way through the Great American Songbook and Have Yourself A Merry Little Christmas,” he writes, according to Britain’s Daily Mirror newspaper.

“What’s more, I thought he had a f**king cheek, complaining about me promoting a tour while he was sat on a TV show promoting his own tour.”

Rod, who blamed the offending comments on his drinking before the interview, recently revealed that he and Elton are still at odds over the remarks.

“We don’t talk to each other anymore. Big falling out,” he said on U.K. radio host Chris Evans‘ “How to Wow” podcast. “Last time I emailed him I said, ‘I’ve got this football pitch, would you like the boys to come up?’ You know, cos they both love football,” before revealing he had received no response.