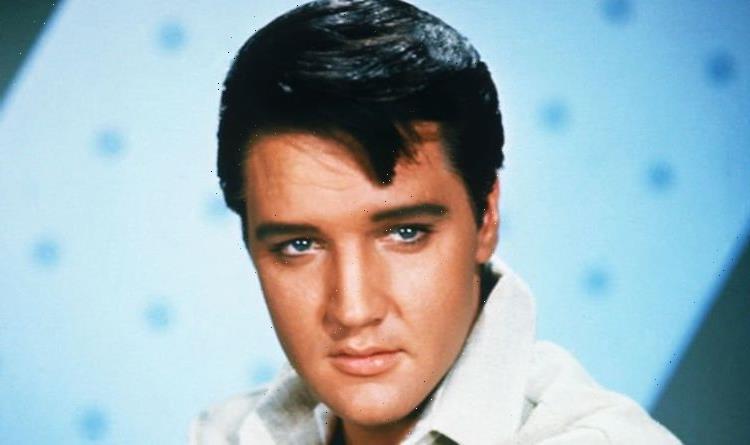 Elvis final 24 hours counted down: Surrounded by people but he died completely alone

Elvis Presley: Fans gather at Graceland for funeral in 1977

Elvis died on August 16, 1977, in the bathroom, while Ginger slept in the next room. But he didn’t die alone in the depth of the night – it was actually 1.30pm. The King was famously nocturnal, playing through the night and sleeping much of the day and Graceland was fully staffed at all times to accommodate his lifestyle. Family members and the Memphis Mafia would also come to the house whatever the hour if they were called. The star’s father Vernon Presley lived next door with his new wife Dee Stanley and Elvis’ step-brothers. Our detailed countdown of his final 24 hours reveals a typical day in the life of Elvis with an unexpected tragic ending.

Monday, August 15, 1977, at 4pm: Elvis woke up at home in Graceland. He spent the day with daughter Lisa Marie and Ginger.

His fiancee had refused his offer to move in together but often stayed the night. She later recalled: “He had asked me to move into Graceland but I never did and he said, ‘I respect you for that.’ I just didn’t at the time. It wasn’t my way.”

Monday, August 15, 1977, at 10.30pm: Elvis and Ginger went to see his dentist, Lester Hoffman, about persistent tooth pain. The King had a personal dentist, doctor and nurse practitioner on call day and night, often to prescribe pain killers, sleeping pills and other cocktails of medication.

Driving back in through the gates, the star waved at fans, one of whom snapped the last ever picture of the star. Elvis was wearing a black jacket over a light blue shirt. Even though it was night and he was at the wheel, he was wearing large black sunglasses.

Tuesday, August 16, 1977, 2.15am: The King called his personal physician, Dr Nichopoulos, to ask for pain killers.

He was prescribed six Dilaudid tablets and sent his stepbrother, Ricky Stanley, to get them from the all-night pharmacy at Baptist Memorial Hospital. When Ricky returned, Elvis took the painkillers.

Tuesday, August 16, 1977, 4am: Elvis telephoned his cousin Billy and wife Jo and asked them to come over and play racquetball on the court at his house. Despite the hour, this was not unusual. Everyone around Elvis, who were either paid by him or enjoyed his largess, was always available.

It had been raining and when they arrived, Billy told Elvis he wished it would stop. Apparently, The King held out his hands and replied: “Ain’t no problem, I’ll take care of it.” Miraculously, the rain stopped and Elvis added: “If you have a little faith, you can stop anything.”

Tuesday, August 16, 1977, 4.30am: After a short game, they went to a piano behind the court and Elvis played two gospel songs and then the ballad Blue Eyes Crying in the Rain.

Tuesday, August 16, 1977, 5:00 am: Elvis and Ginger went up to Elvis’ bedroom. He took a package of prescription drugs put together by ‘Dr Nick’ for twice-daily use. The doctor would regularly leave these drug cocktails with Elvis’s nurse Tish Henley. They were intended to help the star sleep. After Elvis’s death, the doctor was investigated over the extraordinary amount of drugs he prescribed to the star and eventually disbarred.

Tuesday, August 16, 1977, 7:00 am: Still not able to sleep, Elvis took a second full package of the pills. They were handed to him by Ricky who was ‘on duty’ to noon that day. Elvis needed to sleep because he was due to fly out at 7pm to Portland, Maine for a concert on the 17th and then continue from there straight on with his current US tour.

Tuesday, August 16, 1977, 8:00 am: Desperate to sleep, Elvis called Ricky to bring more medications but he could not be found. Angry, Elvis called his aunt Delta Mae Biggs and asked her to telephone Dr Nick. Nurse Henley was at the office but reluctant to hand over any more pills. Eventually, she gave a third, smaller, package of the pills to Delta Mae containing two valmids, which are used to treat insomnia.

Elvis’ nine-year-old daughter Lisa Marie, was in her own bedroom next door.

Tuesday, August 16, 1977, 9.30am: After taking the previous pain killers and three separate packages of pills, Elvis told Ginger he was going to the bathroom.

Dressed in gold pyjamas, he took the book Frank Adams’ The Scientific Search for the Face of Jesus with him. The star famously suffered from extreme constipation and would spend long periods in the bathroom. Ginger later revealed she warned him not to fall asleep in the toilet and Elvis’ last ever words were, “I won’t.”

It seemed a little strange but no cause for alarm. She called her mother for a chat, dressed and put on her make-up. Eventually, she went looking for Elvis and finally opened his bathroom door to find him lying on the floor and suddenly realized something was terribly wrong.

Elvis wasn’t moving. He had clearly collapsed and suffered some sort of attack on the toilet. At the time, Ginger thought Elvis had fallen and hit his head and passed out.

She called out for Al Strada, the person on afternoon duty at the house. Elvis’ daughter Lisa Marie came to see what all the fuss was and was taken away by Ginger. Vernon Presley was telephoned (he lived next door to Graceland) and rushed over to the house while an ambulance was called.

Tuesday, August 16, 1977, 2.33pm: Emergency services arrived. Before they arrived, the ambulance crew thought it was just another regular Graceland case of an over-excited fan fainting.

A statement at the time said; “A Memphis Fire Department ambulance from Engine House 29 at 2147 Elvis Presley Boulevard responded to the call at 2:33pm and by 2:56pm had taken Presley to the emergency room at Baptist Hospital, seven miles away from his Whitehaven home.”