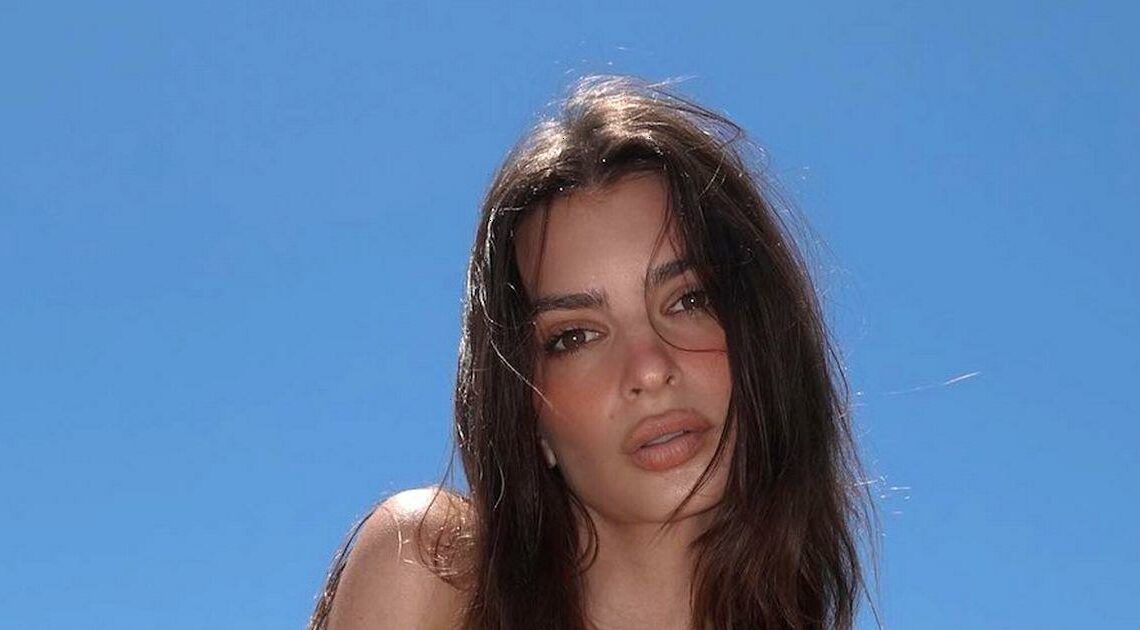 She’s never been one to shy away from the camera when it comes to showing off her supermodel looks – and her latest clip is no different.

On Monday (September 5), American actress Emily Ratajowski sent temperatures soaring when she donned a tiny red hot string bikini during a beach trip with her son Sylvester and dog.

The 31-year-old Hollywood actress gave her 29.4 million fans quite the awakening as she left little to the imagination when she showcased her famous curves in the miniscule two-piece.

Emily left her loyal legion of fans awing at their adorable day trip as the loving mum-of-one was seen playing with the tot by giving him a piggyback ride and paddle boarding with him in the ocean.

And it’s clear to see the cover girl looked as stunning as ever as she shared a slew of cute clips with her one-year-old son in the ruby red swimsuit.

The model’s brunette tresses remained loose and tumbled down her back as she snuggled up to her nappy-clad toddler as she gave her followers a closer look at her bombshell body.

She completed the look with a striking yellow straw hat to keep the sun off her head and a pair of white high-top converse trainers which she soon ditched when she took her son into the water.

Emily captioned the adorable post: “Morning at the bay with babs and the boys,” with the starlet soon flooded with comments from her famous friends and loving fans.

It comes after the Gone Girl beauty and her husband Sebastian Bear-McClard reportedly split over the summer after four years of marriage.

The pair had been married since 2018 and were only thought to have been dating for a few weeks before they tied the knot.

An inside source told People Magazine that the Hollywood mum is putting all of her energy into her first-born following their alleged split.

The source told the publication: “It was Em’s decision. She is doing okay. She is strong and focused on her son.”