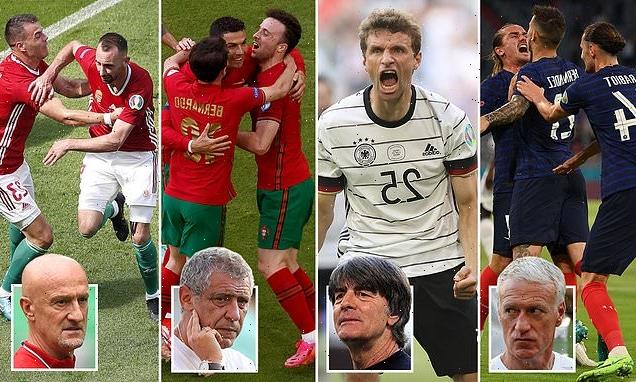 Euro 2020: Who should England fear playing the MOST in the last-16?

World champions France with a serial winner, bitter rivals Germany on the warpath, holders Portugal or outsiders Hungary! Who should England fear playing the MOST in the last-16 of Euro 2020?

England responded to their drab goalless stalemate with Scotland with a 1-0 victory over Czech Republic on Tuesday night.

Raheem Sterling’s 12th-minute header ensured the Three Lions went away with all three points and reached the last 16 of Euro 2020 as group winners.

Topping the group will pit Gareth Southgate’s side against the runner up in Group F, also dubbed the Group of Death.

England will face one of France, Germany, Portugal or Hungary on Tuesday at 5pm at Wembley.

But who should they fear the most? Here, Sportsmail analyses all four countries, looking at their recent performances, managers and previous meetings. 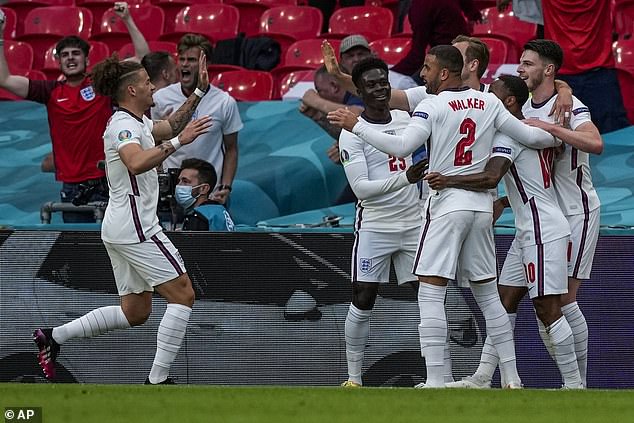 England will face one of France, Germany, Portugal or Hungary on Tuesday in the last 16

The tournament favourites drew the one game they were expected to win. After seeing off Germany comfortably in their opener, Didier Deschamps’ side were fancied to put Hungary to the sword a few days later.

However the Group F outsiders stunned the world champions by taking the lead and then going on to take a point off them. Barcelona forward Antoine Griezmann notched France’s equaliser in the second half to put them top of the group on four points.

There seemed to be some danger that France’s charge for Euro glory was going to be dislodged by disharmony in the camp, but that appears to have been nipped in the bud.

France have scored just two goals in two games and their expected goals sits at 2.24. However, they have only conceded four shots on target. 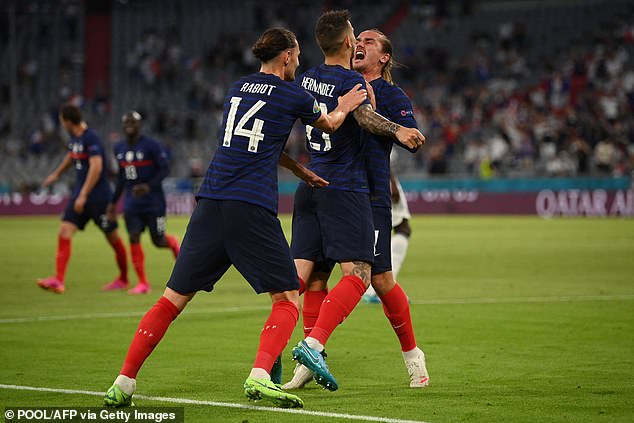 France have scored just two goals in two games and their expected goals sits at 2.24

Deschamps won the World Cup in 1998 and Euro 2000 as a player, leaving him with the chance to become the first man to win the double-double this summer.

The 52-year-old is one of only three men to have won the World Cup as a player and coach. As well as those two honours for his homeland, he won the Champions League twice, Serie A three times and the FA Cup in a long list of honours.

Deschamps operates with little fuss and is efficient and logical in his approach. He handles a squad full of stars and has found a way of blending such talent into a winning formula. Crucially, he has discovered a system that coaxes the best out of Manchester United midfielder Paul Pogba.

He goes about his business quietly but he’s a serial winner. 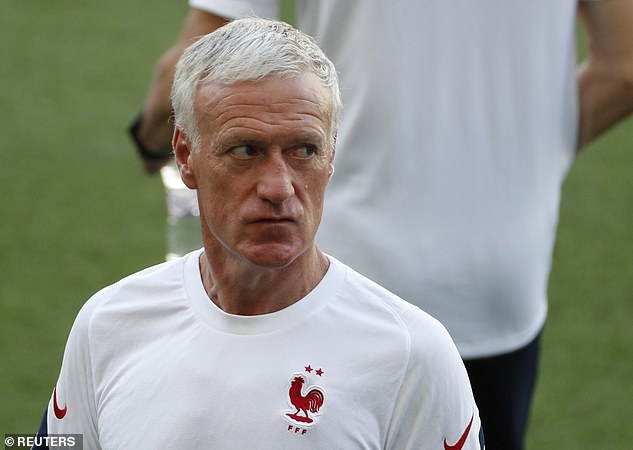 England and France have met 31 times in all competitions with the Three Lions coming out on top on 17 occasions, giving them win percentage of 55 per cent.

France have won 9 of those previous meetings, meaning they have shared the spoils five times. 110 goals have been scored with England notching 71 of those.

One of those meetings was at the 1966 World Cup with England taking a group clash 2-0 en route to glory.

France made Germany look pretty ordinary in the highly-anticipated Group F encounter but their reaction to the 1-0 defeat was devastating.

Joachim Low’s side were ruthless in dispatching Portugal 4-2 last weekend. Despite falling behind inside the first 15 minutes, Germany were at their free-flowing attacking best with Chelsea’s £89million man Kai Havertz leading the assault.

They now find themselves in a favourable position, one point off group leaders France, with Hungary left to play.

As well as scoring four goals in this summer’s tournament, Germany’s expected goals is 3.5 and they’ve only faced three shots on target. 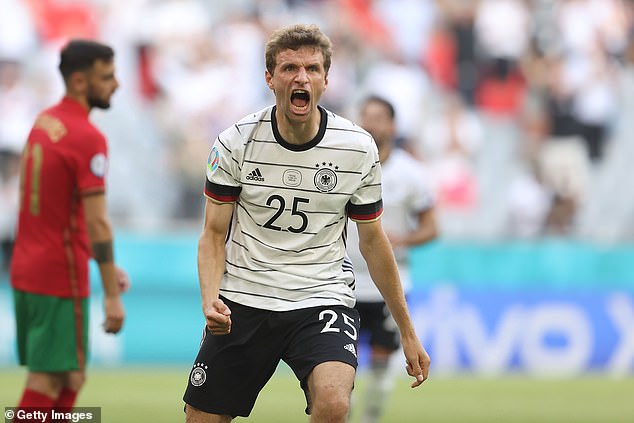 Germany’s expected goals is 3.5 and they’ve only faced three shots on target

How Low would love to leave on a high. The Germany boss is bowing out at the end of the tournament after being at the helm for 15 years.

He became a national hero when he guided Germany to World Cup glory in Brazil seven years ago but recent form has intensified the scrutiny on him.

Prior to Saturday’s victory his side had only won five out of their previous 10 games and that woeful period included a 6-0 thrashing by Spain and a shock defeat by North Macedonia.

Following defeat by France, the pressure ramped up with the prospect of another group-stage exit (they failed to reach the knockout stages for the first time since 1938 at the 2018 World Cup), but Low responded and got his team firing.

Germany have not been crowned European champions since Euro 96, when yes, they beat England on penalties in the semi-finals.

Low will be keen to bring the curtain down on his tenure in style by inflicting more pain on the Three Lions. 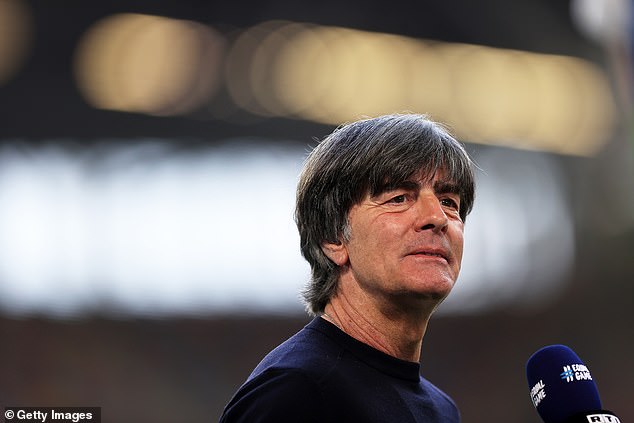 Germany have played England 32 times with both sides winning 13 matches, giving England a win percentage of 41 per cent.

Low’s side also hurt the Three Lions at the last-16 stage of the 2010 World Cup when they secured a 4-1 victory, which featured Frank Lampard’s controversially disallowed goal in the 38th minute with England trailing just 2-1.

It looked as though the reigning European champions were going to stumble at the first hurdle this summer as Hungary were resolute in defence for 84 minutes.

Instead Portugal sealed a comfortable victory after Raphael Guerriero’s deflected strike got the ball rolling. Cristiano Ronaldo proved he is still their talisman at 36 as he broke Michel Platini’s Euros goalscoring record by notching his 10th goal across five different tournaments. Moments later he bagged his 11th and Portugal’s third.

The Juventus star found the net again last weekend but he was unable to stop Germany from sealing a resounding win. That defeat left them down in third, due to the head-to-head record, after being level on points.

Portugal have scored the most goals in Group F with five with their expected goals at 4.57, but they have conceded 10 shots on target. 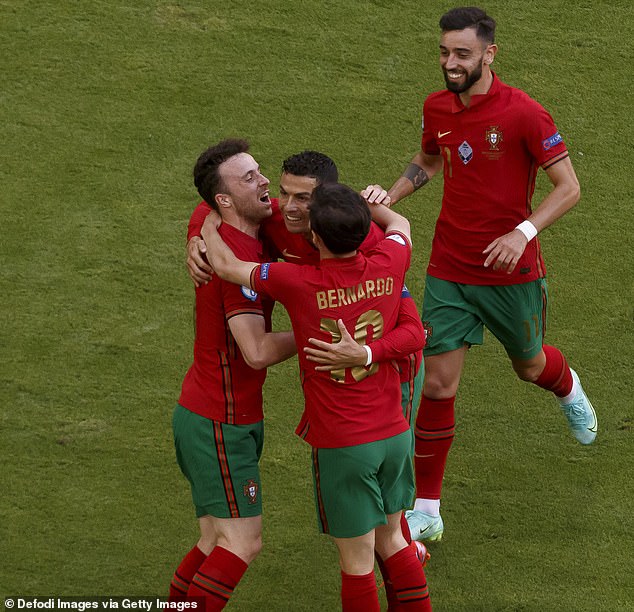 Portugal have scored the most goals in Group F with five with expected goals at 4.57

Fernando Santos pulled off one of the biggest shocks in tournament football history by guiding his country to glory in France five years ago.

His side were not the standout team at Euro 2016 but he deployed the right tactics and system. That combination complemented by fighting spirit, determination and the Ronaldo influence saw them go all the way and stun France in the final.

Prior to taking the Portugal job in 2004 Santos had managed nine other sides with his most notable successes coming as Porto’s No 1 where he won the league title and cup on two occasions.

Following their 2016 triumph Santos, who took charge in 2014, then led Portugal to Nations League success three years later. Santos is a manager that slips under the radar and his side might just steadily tick along nicely once again. 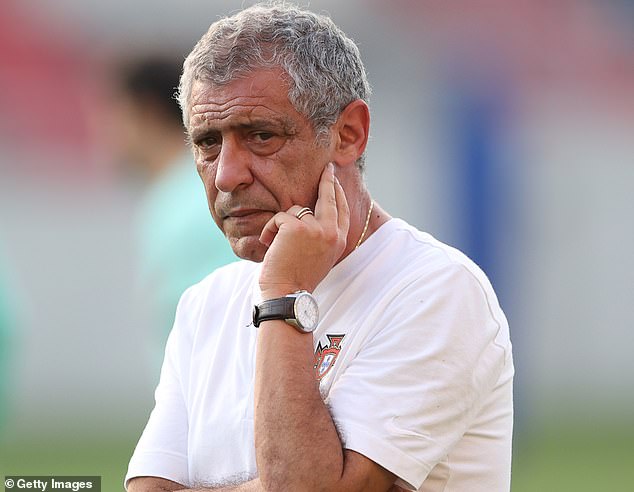 Portugal and England have met 23 times with the latter claiming 10 wins and losing five, giving the Three Lions a 43 per cent win percentage.

England were beaten 3-2 by Portugal in the group stage at Euro 2000 – a tournament they failed to progress through to the knockout rounds.

Four years later the Three Lions suffered penalty shootout heartbreak and succumbed to the same fate at the 2006 World Cup.

Hungary have faced an uphill battle but they’ve proven to be no pushovers. They managed to keep out Ronaldo and Co until the final 10 minutes in their opener and claimed a shock point against the world champions.

Their only goal of the tournament against France was no fluke either. Full back Attila Fiola played a clever one-two and surged down the left flank. Spurred on by a raucous 61,000 Budapest crowd he kept his composure to slot the ball past goalkeeper Hugo Lloris.

Fiola sent the Puskas Stadium into delirium and his wild celebrations in front of a surprised pitch-side reporter will go down as one of the hilarious moments of the tournament.

Hungary’s expected goals is just 0.63 and they’ve allowed 11 shots on target – the most out of the teams in Group F. 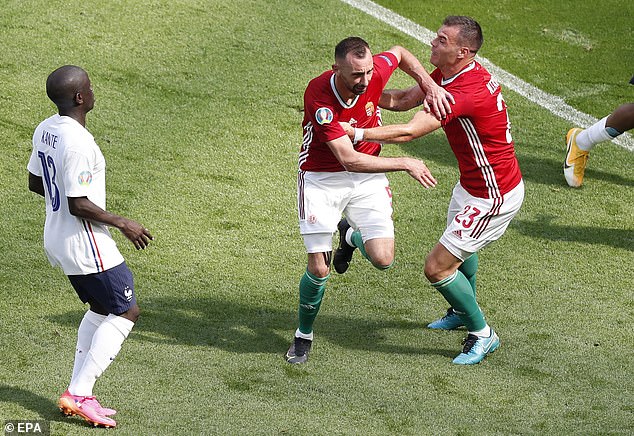 Marco Rossi was appointed Hungary boss in 2018 and sparked wild scenes by taking them to Euro 2020 in the first place. He masterminded a late 2-1 victory over Iceland in the play-offs last November.

Iceland were 1-0 up until the 88th minute but Hungary scored two goals in the space of four minutes to book their place in Group F.

Prior to this international job the former defender built up his managerial experience in club football in Italy, Hungary and Slovakia. 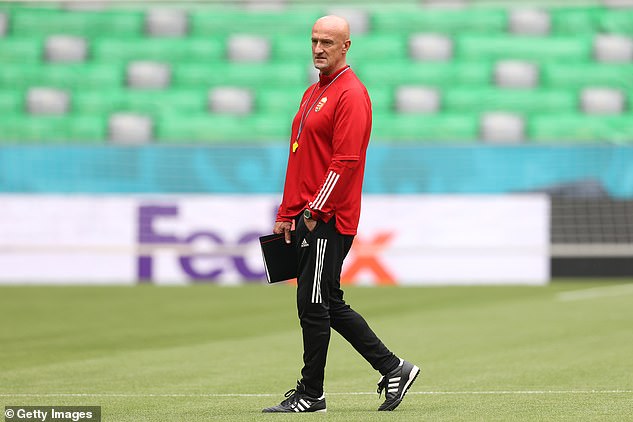 Hungary and England have matched up 22 times with the Three Lions winning 15 of those, which equates to a win percentage of 68 per cent.

England have lost only five times against the minnows, scoring 56 goals in the process.

How To Recreate Bella’s Wedding Makeup Look From Breaking Dawn

The Billion Dollar Magician: How David Copperfield Levitated To The Top
Recent Posts