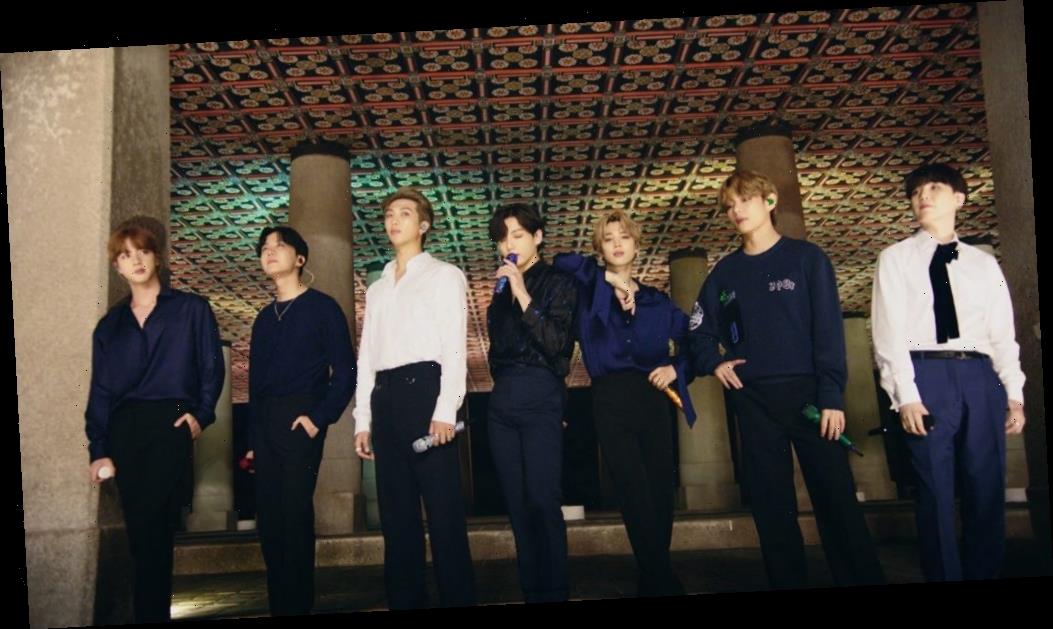 Everything To Know About BTS' Upcoming 'MTV Unplugged' Special

BTS had a record-breaking 2020, and now fans will be able to celebrate that year when the band takes part in MTV Unplugged. On Feb. 23, Jin, Suga, J-Hope, RM, Jimin, V, and Jungkook will put on “MTV Unplugged Presents: BTS.” Here’s what ARMY can expect from BTS‘ MTV Unplugged special.

BTS will appear on ‘MTV Unplugged’

BTS filmed the episode of MTV Unplugged in Seoul, South Korea. With the special, the septet will bring their own unique spin to the famous MTV Unplugged franchise. “MTV Unplugged Presents: BTS” will air on MTV in the U.S. on Feb. 23 at 9 p.m. ET.

According to a press release, the band’s MTV Unplugged appearance will feature “never-before-seen versions of the group’s most career-defining hits and songs from their latest album BE (Essential Edition), in intimate settings.”

MTV released a trailer for the special

In the trailer for “MTV Unplugged Presents: BTS,” a voiceover says, “For one dynamite night on MTV, we’ve got BTS. Hear their hits like you’ve never heard them before.”

Throughout the trailer, BTS’ song “Dynamite” can be heard, and multiple performances are previewed. In the first scene of the trailer, the members are seen wearing brown suits with insignias on their jackets. They are sitting in a room styled like a living room and surrounded by musicians playing instruments.

After being briefly shown in gray outfits, Jin, Suga, J-Hope, RM, Jimin, V, and Jungkook perform while wearing white suits in a room with records hanging on the wall. In the next scene, the members stand in a gray room surrounded by greenery.

BTS will release ‘BE (Essential Editon)’

BTS released “Dynamite” as a single in August 2020, and “Life Goes On” is the lead single from BE. “Fly To My Room” is a sub-unit song with V, Suga, J-Hope, and Jimin, and “Stay” features Jin, RM, and Jungkook.

“Telepathy,” “Dis-ease,” “Dynamite,” “Life Goes On,” and “Blue & Grey” feature all seven members. “Skit” lets fans listen to BTS’ reaction when they found out “Dynamite” debuted at No. 1 on the Billboard Hot 100

On Feb. 19, BTS will release BE (Essential Edition). The new version will include the same eight tracks as BE (Deluxe Edition), but it will feature different elements that express BTS’ gratitude for ARMY.

According to a press release, “Several components of the album will be different from the previous record, and BTS’ surprise gifts for fans will be unveiled one by one before the album’s release…”

BE (Essential Edition) will be available just a few days before BTS’ MTV Unplugged special.