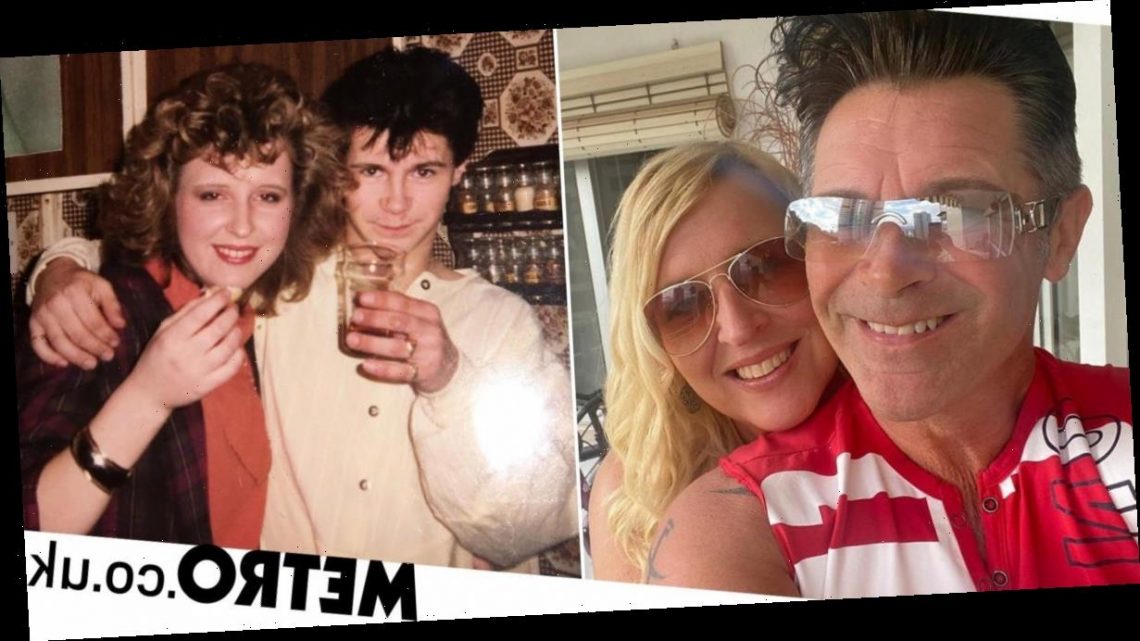 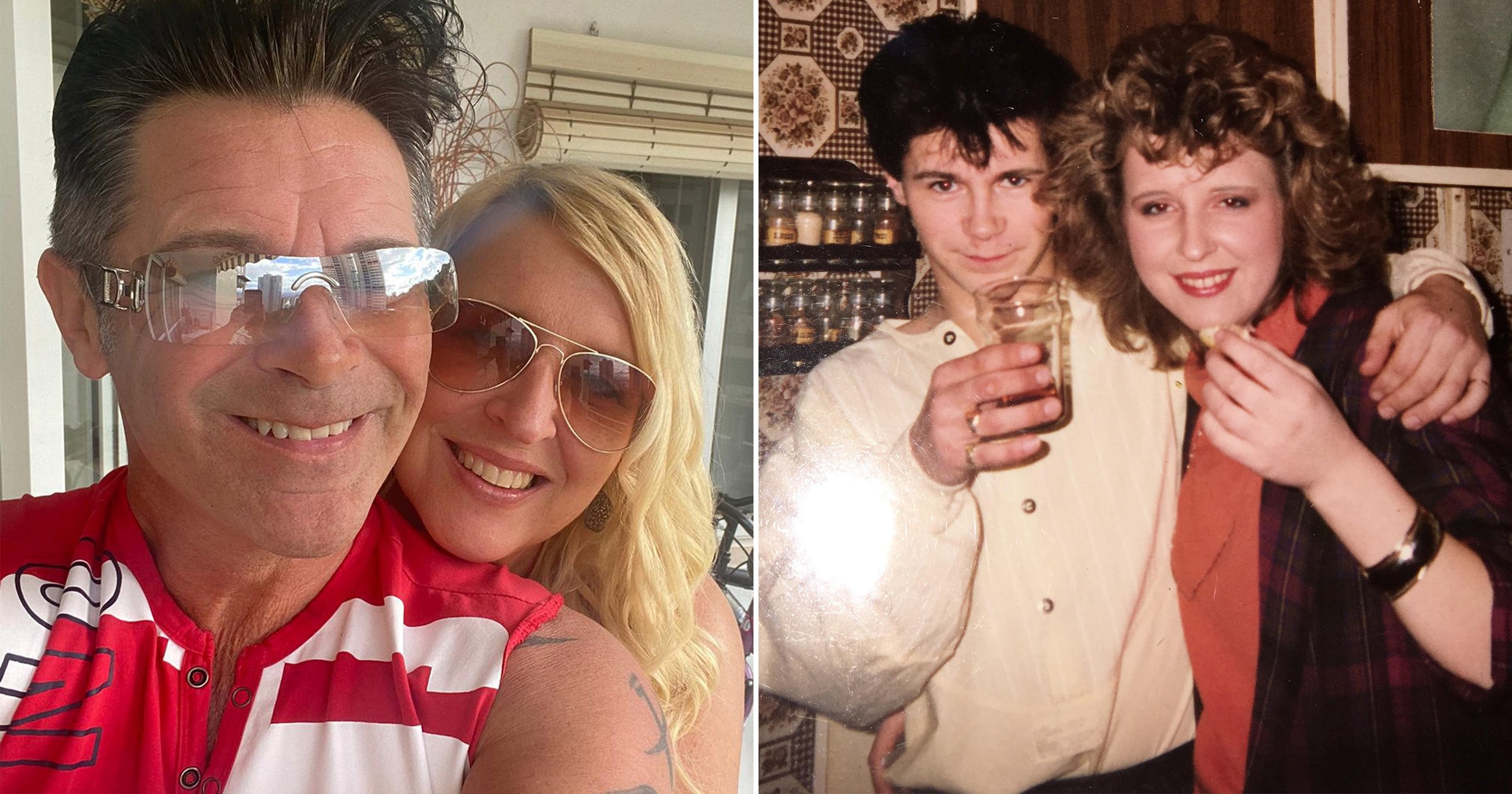 A pair of childhood sweethearts have rekindled their relationship after bumping into each other in a bar in Benidorm, Spain, after 34 years apart.

The pair became a couple and dated for 18 months before they split when Dean moved to Somerset, to become a performer.

But 34 years later, in August 2019, they fell in love all over again after a chance meeting in a bar in Benidorm – where Dean lived and Gaynor was on holiday.

After rekindling their romance, Gaynor moved to Spain and the couple has been together for a year and say they couldn’t be happier.

Gaynor, a singer, said: ‘I was having a bit of a midlife crisis so went to Benidorm to have a holiday on my own.

‘When I walked into the bar I instantly recognised Dean.

‘He had the same singing voice, warm smile and charm but was just a little greyer with a few more wrinkles.

‘I knew it was him instantly so I went to his dressing room after the show to say hello. We spent ages chatting and catching up – it was like we had never been apart.’

Gaynor added: ‘It is insane, but I feel incredibly lucky. Dean and I pinch ourselves every day.’

Dean said: ‘It really is amazing, she was the last person I was expecting to see and I was never expecting to meet anyone at my time of life.

Gaynor had ventured to Spain as to pursue her singing career after splitting with her husband, with whom she had kids.

So when she saw Dean singing at the bar, she could’t believe it.

Gaynor said: ‘The timing of it all was amazing, coming out just before the lockdown and not leaving I was so lucky and it worked out so well.

‘Across from the hotel was a row of bars and plucked up the courage to go in one and when I saw the guy singing on stage, I instantly recognised him.

‘To me, he hadn’t changed. I just approached him and said “are you Dean?’ and he said “yeah” – he knew who I was straight away – and we got chatting.

‘We met up the next day and had 34 years of catching up to do. The next day we met up and talked for ages.’

At the end of the week Gaynor went home, arranging to return for a two-week holiday in March 2020.

But when Spain went into national lockdown she made the decision to stay for a bit longer until she could return home safely.

Loved-up Gaynor enjoyed herself so much – she never went home to the UK and has now permanently moved in with her childhood sweetheart.

She said: ‘I don’t want to go back – I had nothing to go back for so I decided to stay in Spain and get my residency.

‘It gave me the chance to re-evaluate my life, I felt like I fit in and somewhere that I wanted to be.

‘We went through all our letters from 1987 when all we could do is write letters to each other and he kept them all. I spent all night just crying reading these letters, it reminded me all about my life at the time, it was amazing.’

Dean added: ‘I always thought about Gaynor and we were only young then and job opportunities come along and you move away.

‘My mum messaged me to say “it’s about bloody time! You got that one go away.”

‘I did try to look her up on Facebook about 10 years ago but I just couldn’t find her.

‘I was just trying to see where she was in her life.’

Gaynor and Dean have now been living happily together for almost a year – and say it’s ‘just like old times’, but better.

Email metrolifestylesteam@metro.co.uk to tell us more.

What is Sheryl Crow's Net Worth?
Recent Posts