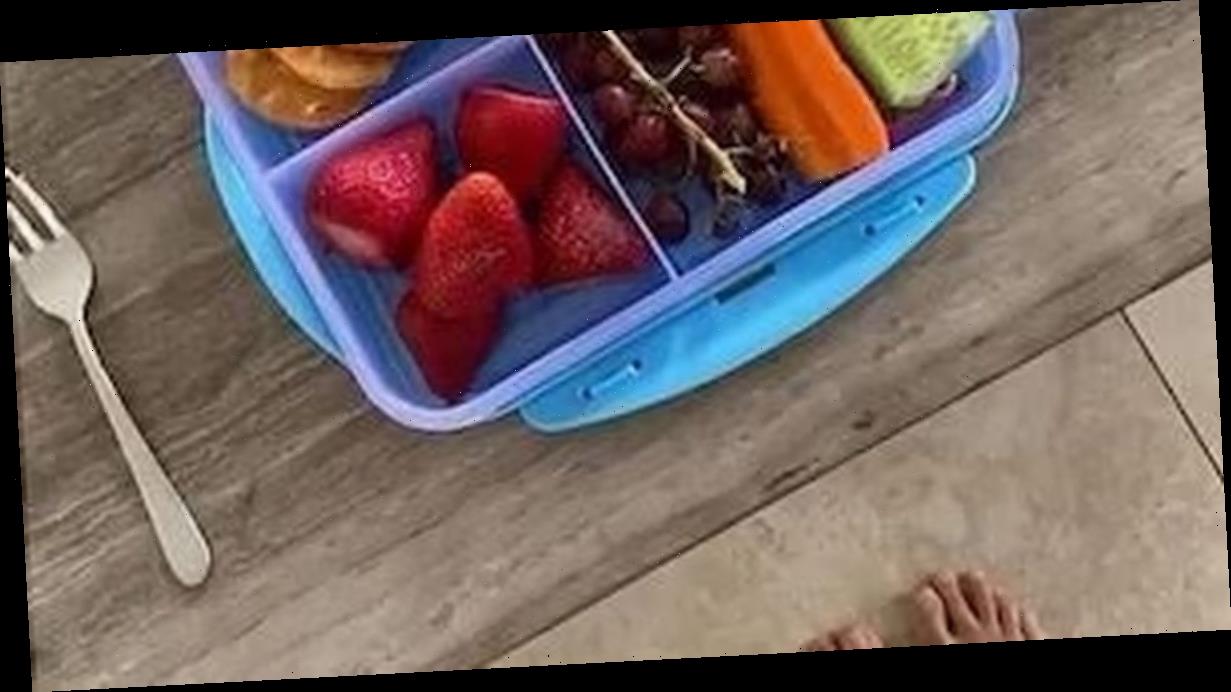 The lunchbox shaming parents are back…

As though mums and dads didn’t face enough stress, it seems that the contents of children’s lunch boxes are the en-vogue subject to slate in 2020.

Whether they think you’re feeding your children too much food or not enough the shaming crew will come for you.

It seems that not even the health conscious former Miss Universe, Rachael Finch, is immune from the scathing comments of other parents online.

The Aussie mum recently faced criticism on the internet after sharing a photo of her daughter Violet’s lunchbox.

Rachael posted the snap to her Instagram, where she has 285,000 followers, but was quickly slammed for not feeding her daughter enough food.

The anonymous poster wasn’t the only one to believe it.

Rachael, in an attempt to defend her parenting, posted the comment and said: “That was a message that was sent to me by accident – but it opened a door for conversation around what I feed my kids.”

She added: “There were a lot of people saying that they were unfollowing because I didn’t feed Violet enough food.”

The photo shared to her page showed a meal of fruits and vegetables with rice crackers and a separate container with a hard boiled egg, wholemeal pasta and cauliflower florets.

Mum-of-two, Rachael was posting the lunch as it was Violet’s first day of school.

While lots of followers disapproved of the meal, Rachael, who is a personal trainer and health guru, said: “I give them real food, I give them whole pieces of fruit, and I give them vegetables in their lunch box.

“So Violet will go to school with sushi and a Greek salad, for example.”

She continued:”I’ve lost count of the number of times I’ve read comments or articles about how ‘strict’ my kid’s food is or how I ‘deprive’ them of a normal childhood."

Rachael added: “If a mother wants to feed her child cherry tomatoes over Cheezels then she can.

“It’s not deprivation or a screwed up childhood… it’s because she cares, and perhaps she has learnt from experience.”

The former Miss Universe said that she is aware that everything her children ingest has an effect on their “physical and mental programming”.

She said: “So why would I not choose to feed my baby girl smoothies and send her to school with salad and sushi?”

While Rachael claimed that Violet was allowed treats sometimes it is not an every day occurrence.

"I do my best to explain to her why her plate looks the way it does – mostly vegetables, good quality protein, complex carbohydrates and fats.”

Rachael is also a TV host, model and founder of Body By Finch and Kissed Earth.

Clare Crawley: 5 Things To Know About Star Of ‘The Bachelorette,’ 38, For Season 16