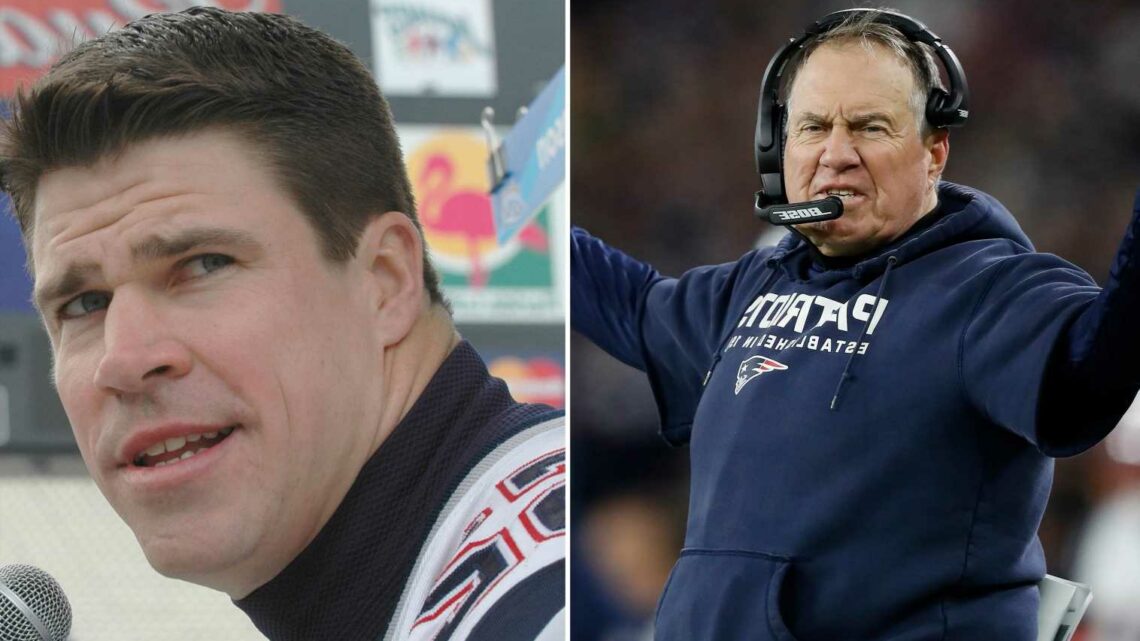 Tom Brady gets Subway deal — despite never going into one

Giants’ most recent Super Bowl champs to be honored

One former New England Patriot believes that without Tom Brady, the franchise is a shell of its past self.

Ted Johnson, a three-time Super Bowl champion who played his entire 10-year career in New England, cited wide receiver N’Keal Harry’s recent trade request as a sign that Bill Belichick is losing control of the organization without Brady by his side.

“I think the Patriots, quite honestly, have lost that thing that makes them the Patriots,” Johnson said in an appearance on NBC Boston’s “Boston Sports Tonight.”

“You take Tom Brady out of New England and the entire ecosystem has been disrupted. When have you ever seen a player take on Bill Belichick that has not accomplished anything in this league, like N’Keal Harry is taking him on so publicly?”

Harry, originally selected by the Patriots with the 32nd overall pick in the 2019 NFL Draft, has underwhelmed during two seasons in New England. Last season, the 23-year-old tallied 33 receptions for 309 yards and two touchdowns.

On Tuesday, Jamal Tooson, Harry’s agent, released a statement to NFL Network’s Mike Garafolo announcing a formal trade request. Tooson cited Harry’s diminished role that “hasn’t met the expectations the Patriots and N’Keal had when they drafted a dominant downfield threat who was virtually unstoppable at the point of attack in college.”

“You’re seeing things from players you’ve never seen before,” Johnson continued. “… [Brady] was the guy that set the example for everyone else. Bill could puff out his chest, he could play hardball, because he knew he had Tom behind him to kind of cover his warts and make up for any decisions that he made. And so guys fell in line because you wanted to play for a winner, you wanted to play with Tom Brady, you wanted to win. And I just don’t think that same feeling is there for players in this organization.

“You can’t insult Bill Belichick worse than what N’Keal Harry did. He basically just went up and spat in his face in front of everybody.”

Brady left New England following the 2019 season to join the Buccaneers, bringing an end to one of the most dominant eras in NFL history. While the quarterback won a Super Bowl in his first season as a Buccaneer, the Patriots limped to a 7-9 record, missing the playoffs for the first time since 2008.