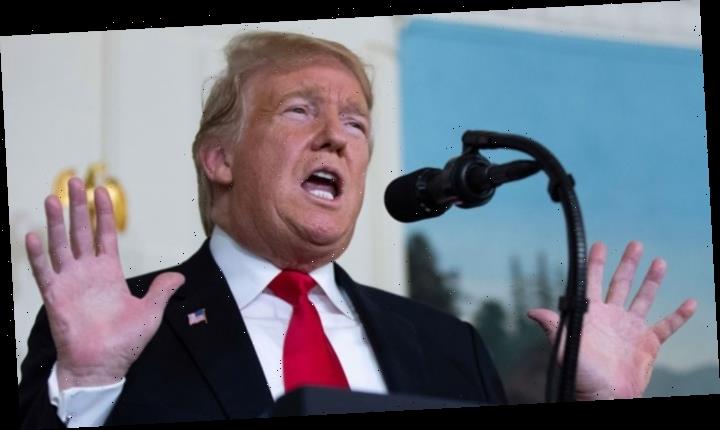 Facebook, more than 24 hours after Donald Trump shared the White House’s video of a Joe Biden speech that had been edited to make it seem as if the former VP viewed Trump’s re-election as inevitable, added a warning label to the video saying that it included “partly false information.”

The move by Facebook to add the fact-checking overlay Monday to the video comes after Twitter applied a “manipulated media” tag on the same edited clip — and after Biden’s campaign publicly lambasted Facebook for not taking similar action.

“Fact checkers rated this video as partly false, so we are reducing its distribution and showing warning labels with more context for people who see it, try to share it, or already have,” Facebook said in a statement Monday.

The clip, which was posted Saturday evening by the White House’s director of social media and shared by Trump, was from Biden’s March 7 appearance at a rally in St. Louis, Mo. In the edited version of the video, Biden says, “We cannot win this re-election. Excuse me, we can only re-elect Donald Trump.” Biden’s full comment actually was, “Excuse me. We can only re-elect Donald Trump if in fact we get engaged in this circular firing squad here. It’s got to be a positive campaign, so join us.”

The deceptively edited Biden video posted by the White House was viewed at least 1 million times on Facebook before the social giant added the “partly false” caveat.

Facebook’s warning-label overlay, which requires users to click on a separate button to watch the video, links to third-party fact-checking site Lead Stories, which debunked the misleading video.

Under the heading “hoax alert,” Lead Stories pointed out that the video was “edited to remove the rest of the sentence to imply that Biden had mistakenly said that only Trump could win the 2020 presidential election.” The site noted that “Biden was suggesting that infighting within the Democratic Party could help lead to Trump’s re-election, not that he was somehow accidentally — or deliberately — conceding the race for the White House.” Lead Stories included a link to the full video of Biden’s speech on YouTube.

On Sunday, Biden’s campaign manager, Greg Schultz, blasted Facebook for not including any warning on the deceptively edited video, saying in part that the company “care[s] first and foremost about money and, to that end, [is] willing to serve as one of the world’s most effective mediums for the spread of vile lies.”

In the past few months, Biden has been heavily critical of Facebook, specifically citing the site’s dissemination of misinformation. The former Vice President complained about Facebook’s general policy of not fact-checking political ads after the social network ran an ad bought on behalf of Trump’s 2020 presidential campaign that asserted without evidence that Biden gave the Ukrainian attorney general a $1 billion bribe to not investigate his son. Last week, Facebook pulled Trump re-election ads that were misleadingly designed to look as if they were part of the official U.S. Census this year.