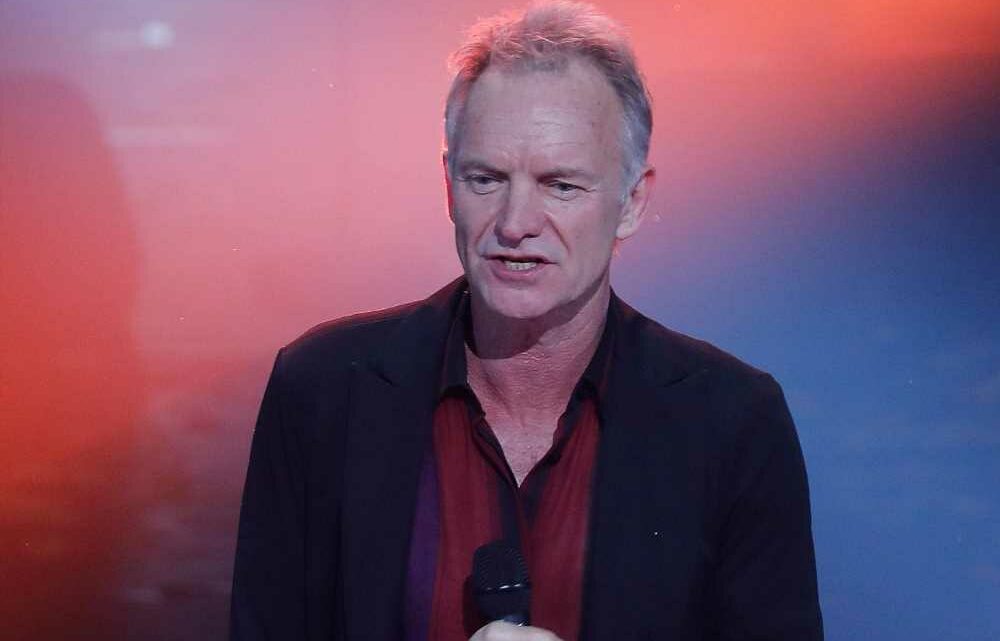 Family of Italian duke accused of tricking Sting fires back

Sting, 69, flaunts abs in teeny Speedo on a yacht in Capri

This message in a bottle from Sting has left a terrible taste in some Italians’ mouths.

Sting claims he and wife Trudie Styler got stung when they were allegedly tricked into buying a vineyard in Tuscany in 1997 after the owner — the epically titled Duke Simone Vincenzo Velluti Zati di San Clemente — gave them a glass of its wine to try.

The wine was so delicious the famous couple bought the place immediately, but they claim they later discovered the wine wasn’t a Chianti from the estate, called Il Palagio, but was instead from another region, a Barolo.

Sting told Corriere della Sera’s Sette magazine (via Food and Wine) this month, “The Duke asked me if I wanted to taste the wine produced by the estate and I said yes. It was an excellent wine and that convinced me to buy the vineyards as well.”

But, “When we served the wine from the estate to our guests, I saw that someone was emptying their glass into a flowerbed…It was then that we decided to avenge ourselves and to show that it was possible to produce excellent wine from the vineyards at Palagio. Our whole Tuscan adventure has really been a way of getting our own back.”

The couple has opened a wine bar and a pizza restaurant on the property, which produces around 150,000 bottles of wine a year.

But the furious family of the late Duke is calling Sting’s claims sour grapes and lies.  The Duke’s son, Simone San Clemente Jr. issued a fiery rebuttal in Italian, which was just published by the Corriere della Sera. 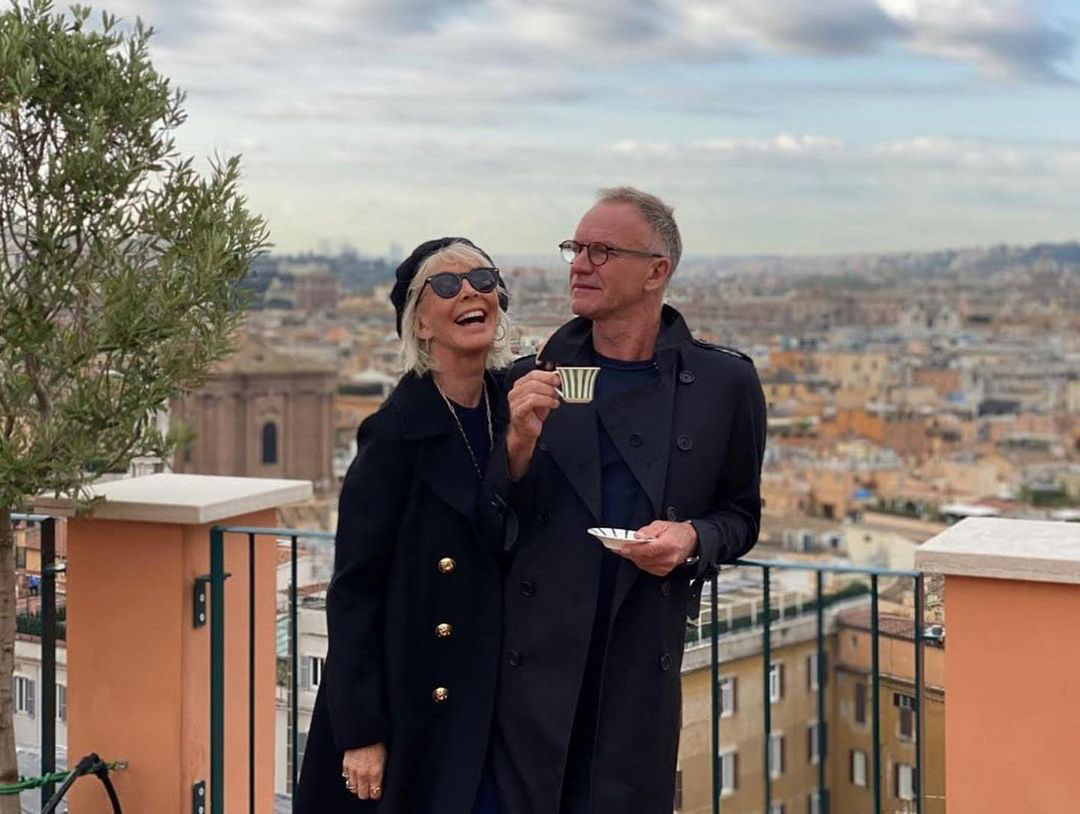 Accusing Sting of “false, poisonous slander,” San Clemente Jr. fumed, “Simone di San Clemente is alleged to have used a ‘tavern trick’ to pass off Barolo as wine produced on his farm.

“Apart from the fact that an internationally experienced gentleman like Sting (he was 46 years old at the time) should not confuse Barolo with Chianti, Nebbiolo with Sangiovese, nothing could be more alien to my father’s character, habits, behavior, in one word, to his spirit, than to behave like a swindling innkeeper.”

He went on, “My father lived until 2012, so Sting had time to allow him to personally retort to a his suspicions, but the statement was not only in bad faith, but also so absurd as to sound like a boomerang. Instead, Sting decided to do it ‘a babbo morto‘ as they say in Tuscany, when the father has died.”

Not holding back, he went on to blast Sting’s renovation of the property, which includes installing a large pool, gym and yoga studio, “Today the comparison between the Palagio of the past and the one today re-fashioned by Sting today is deplorable. The Palagio is now a Palm Beach-style resort.” 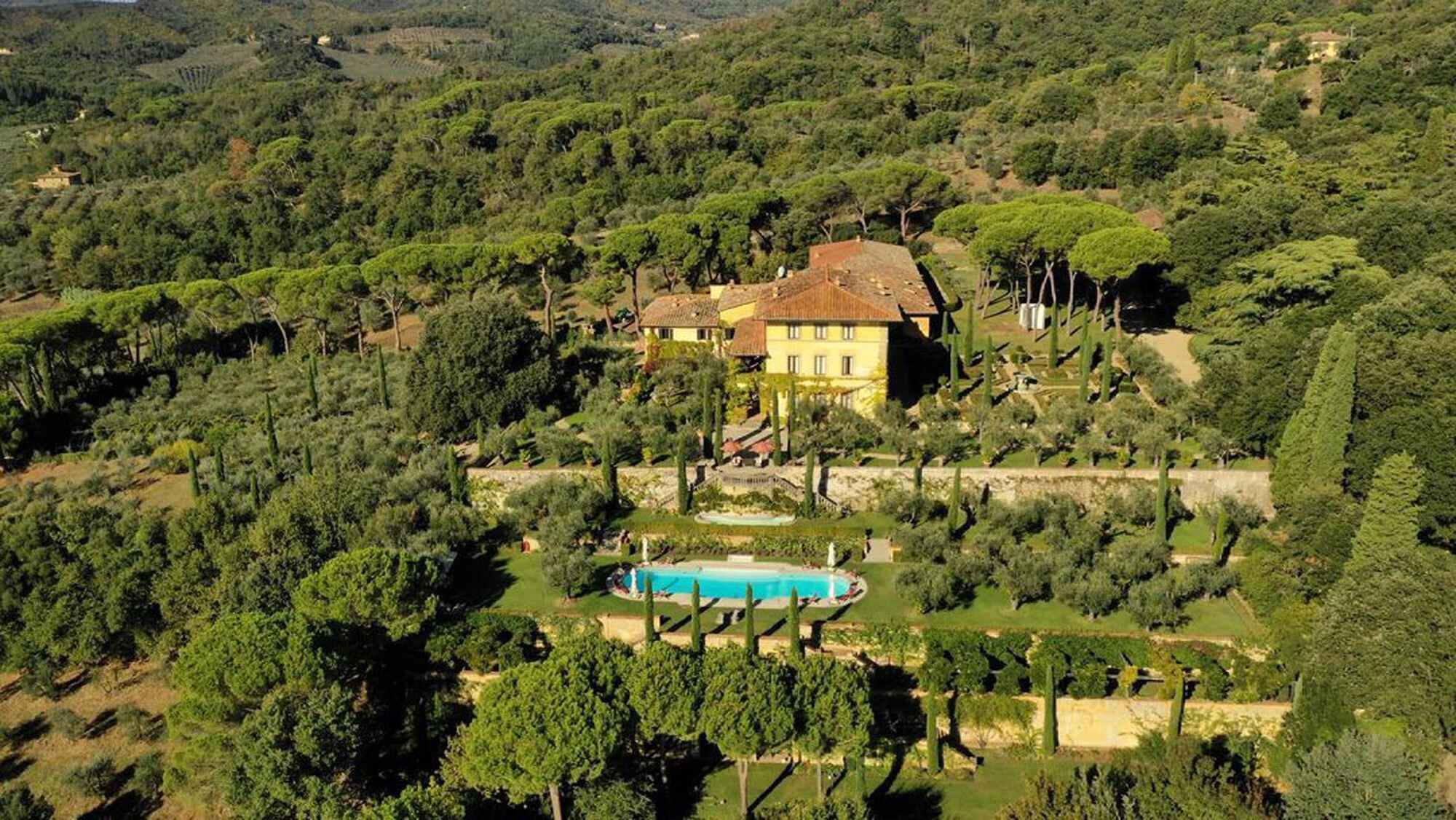 He added, “The refined taste that Sting says he has acquired over the years is not reflected in his words. Quite the contrary. He even uses my family’s coat of arms on his wine labels. This does not seem to be refined when he he choses to publicly insult my father.

“But above all, isn’t Sting afraid that the karma he holds so dear might come back to visit him? When he wakes up in the morning, can’t he think of anything more enlightening to say? Or is it just about selling his pizza and wine, because after all, there will never be enough money in his portfolios.”

“In the end, the interview given by Sting to…the Corriere was about promoting the best wine and pizza in the world using nothing more than a tasteless marketing strategy.”

He concluded, “I think Mr Gordon Matthew Thomas Sumner [Sting] owes me and my family an apology.” 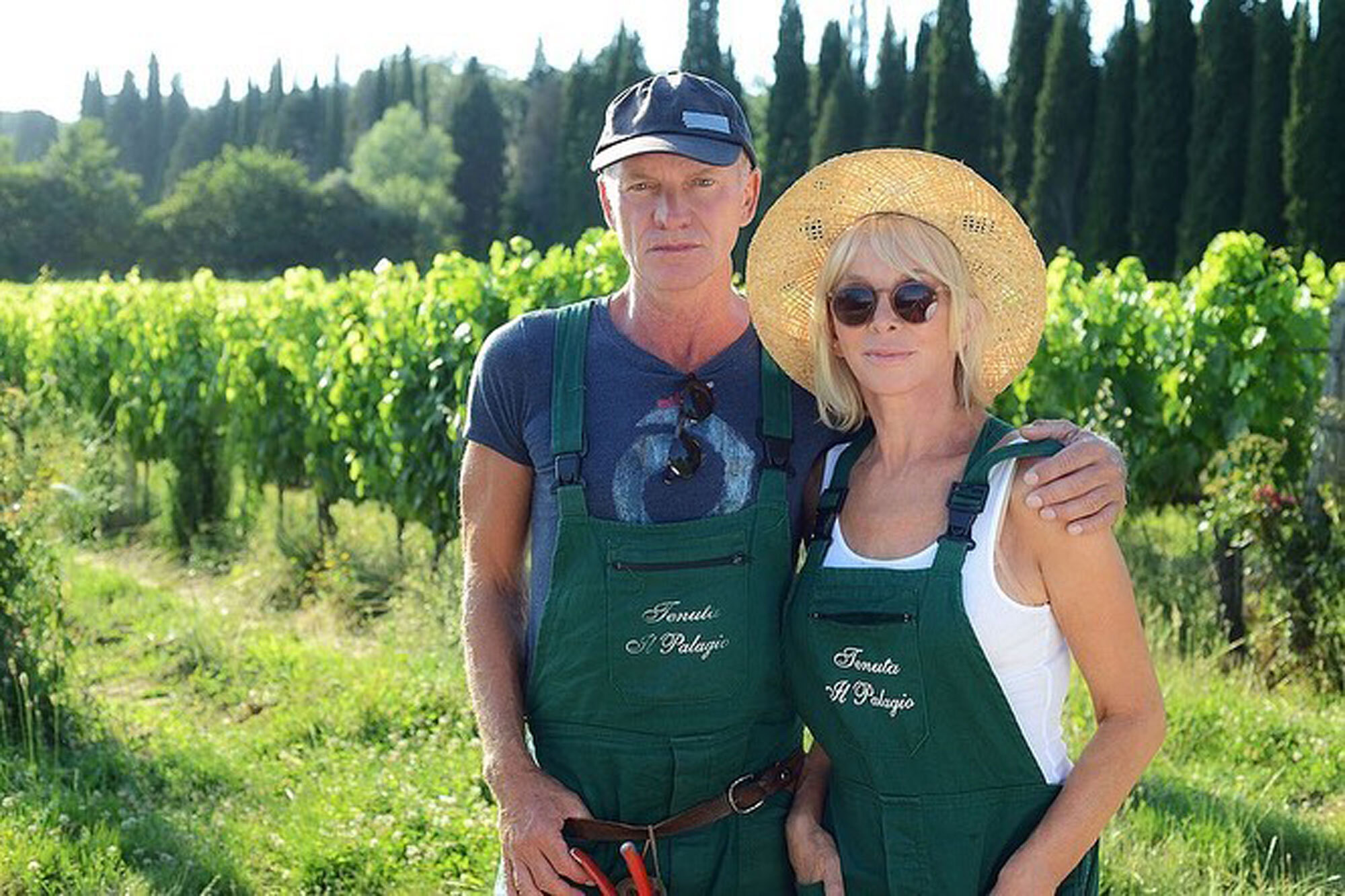 Sting’s claims aren’t resting well on the palates of the late Duke’s friends either. “The commercialization of the Palagio is deplorable,” added humanist philosopher Edgar Morin, “The insult to our Simone lies in the episode of the glass of red Barolo wine that Sting says he was offered instead of the Chianti from the farm. [And that it was this delicious wine that convinced him to buy the vineyards]. We are well aware that the Chianti del Palagio was excellent.”

He continued, “Sting, who initially knew nothing about wine, was mistaken, or made up this story recently.”

A further family source added to Page Six, “One wonders then why Chiantishire’s most famous couple waited so long to accuse the former owner of cheating them by passing off a Barolo as his own Chianti?

“Even a child can tell the difference between a Barolo and a Sangiovese. And, no Tuscan — Simone least of all — would dare attempt such a cheap and absurd trick.

“For the record, Simone San Clemente was renowned for his hospitality and his environmental foresight. As one of the founders in 1965 of the National Association for Agricultureand Tourism, he helped create  a system of hospitality offered by farmers and their families to help rural areas survive. Even after so many years, Sting seems to be conveniently unaware of Simone San Clemente’s dramatic impact on the Italian countryside. 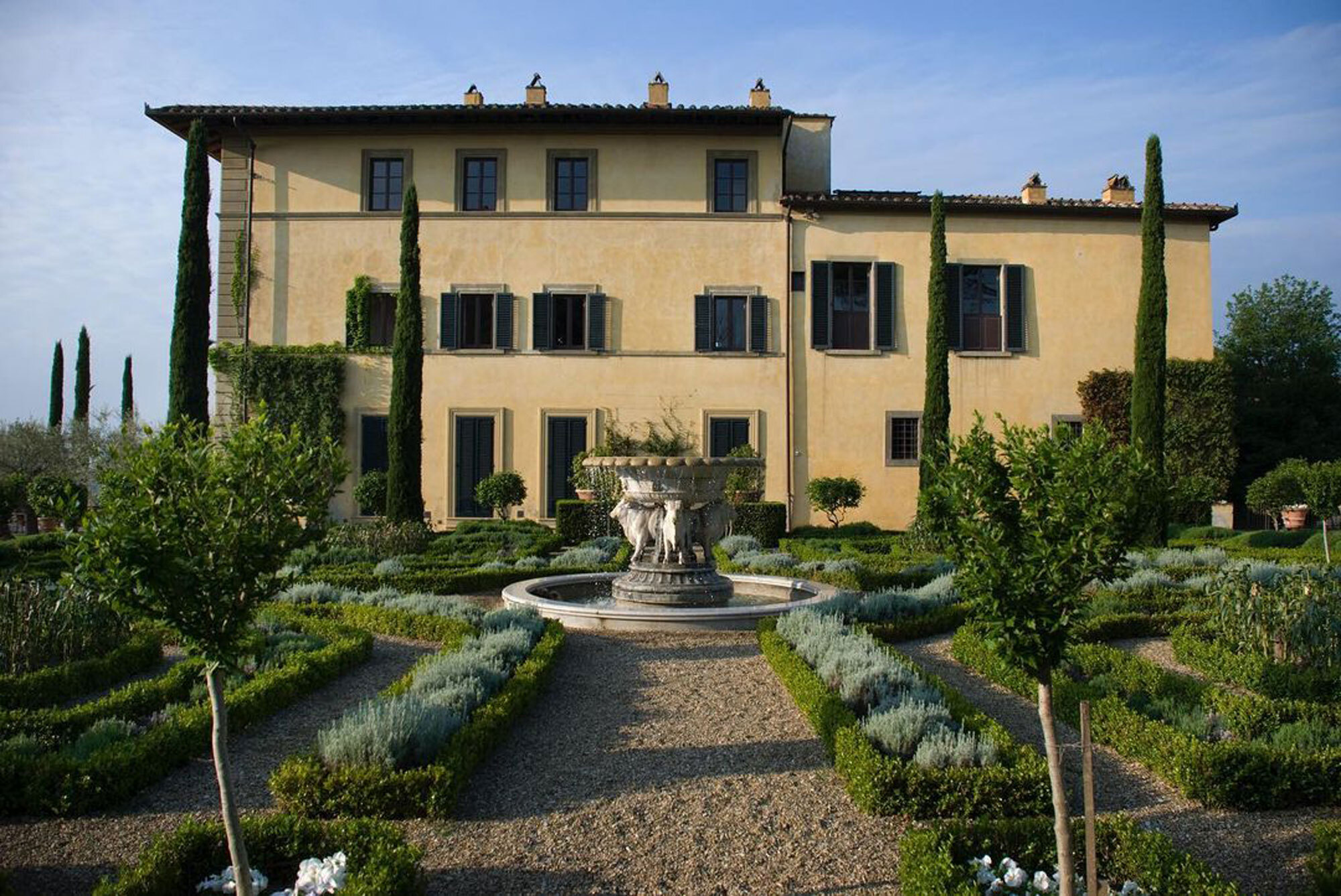 “It is evident that Sting is also completely unaware of the ‘true’ history” of the Palagio. Not only has he made the comical claim [of bringing] electricity to this unique Tuscan fattoria, but he also implies that he brought ‘civilisation’ as well.

“There is no excuse for Sting’s back-handed comments, defiling the memory and legacy of the previous owner. Instead, this Tuscan adoptee – like so many of his Chiantishire compatriots who neglect to learn Italian – choses to present himself as a ‘savior’ of the Tuscan countryside.

“To do so, he obviously has to negate the past, dismissing 500 years of agricultural resilience, which Simone was deeply proud of. According to Sting’s recollection, he found the Palagio abandoned and dying.

“Now, with his golden touch, he says it is finally a ‘model estate.’ Ironically, today’s Palagio looks more like a Palm Beach property than a Tuscan Fattoria. The small chapel is now a professional gym and yoga space … your eyes fall on a huge turquoise Las Vegas-style swimming pool.”

Reps for Sting didn’t immediately get back to us.

A thousand people may not make it to Britain from Afghanistan