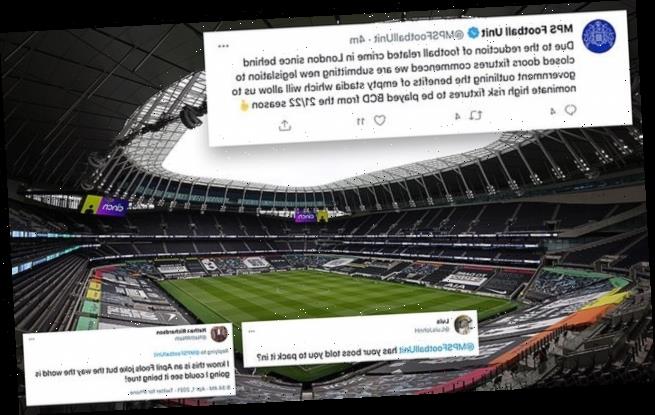 Fans hit out at the Met Police’s tone deaf Football Unit for swiftly-deleted April Fool’s tweet claiming they want big games to be held without supporters to keep hooliganism down when coronavirus restrictions are lifted!

The Metropolitan Police’s Football Unit caused anger among football fans after a tone deaf April Fool’s joke said they want big games in London to be held without supporters to keep hooliganism down when coronavirus restrictions are lifted.

Fans have been locked out of stadiums for over a year now, apart from a small number of fixtures just before Christmas, because of the coronavirus pandemic.

Supporters will be back at elite sports events from May 17 – and at some test events prior to that date – if the Government’s easing of lockdown restrictions continues as scheduled with as many as 10,000 supporters allowed at the biggest venues. 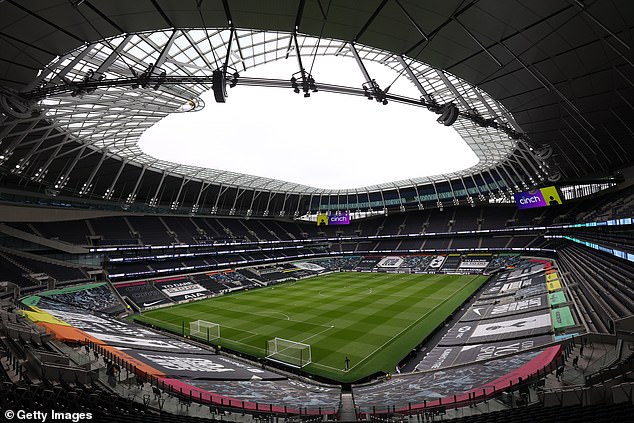 From May 17, indoor venues will be allowed to admit up to a maximum of 1,000 spectators, or half their capacity if that figure is lower.

For outdoor events, there will be a maximum of 4,000 fans allowed, or half a venue’s capacity (whichever figure is lower).

However, at the biggest stadiums, such as Wembley, a maximum of 10,000 fans will be allowed, or a quarter of capacity (whichever figure is lower).

However, at the biggest stadiums, with a capacity above 16,000, such as Wembley and Premier League football grounds, a maximum of 10,000 fans will be allowed, or a quarter of capacity (whichever figure is lower).

From May 17 – when step three kicks into place – there will be a maximum of 4,000 fans allowed, or half a venue’s capacity (whichever figure is lower), at outdoor venues.

However, at the biggest stadiums, with a capacity above 16,000, such as Wembley and most Premier League football grounds, a maximum of 10,000 fans will be allowed, or a quarter of capacity (whichever figure is lower).

But the Metropolitan Police’s specialist Football Unit tweeted an ill-timed April Fool’s joke on Thursday morning that announced they were considering putting ‘high risk fixtures’ permanently behind closed doors from the start of next season.

The tweet read: ‘Due to the reduction of football related crime in London since behind closed doors fixtures commenced we are submitting new legislation to government outlining the benefits of empty stadia which will allow us to nominate high risk fixtures to be played BCD (behind closed doors) from the 21/22 season’.

The post, which was quickly deleted by the Met Police Football Unit’s account, immediately drew criticism from fans on social media.

@LuisJohnH wrote: ‘Has your boss told you to pack it in?’

Another user posted: ‘If anyone fools for this then God help them and you for the abuse you will get’.

One fan, who clearly was unsure whether it was an ill-timed prank, tweeted: ‘What’s this all about then? Looks like it’s now been removed but shocking if true’.

@NathRNath commented: ‘I know this is an April Fools joke but the way the world is going I could see it being true!’.

Meanwhile @rob_crane could not resist a swipe at one club, writing: ‘Scheme is already being trialled in Milton Keynes’.

It was revealed on Thursday that the FA Cup semi-final between Leicester City and Southampton has been selected by government as the first football test event for the return of fans.

The match on April 18 will be played in front of 4,000 people at Wembley Stadium, who are expected to be residents of the borough of Brent, rather than spectators of the clubs.

Culture secretary Oliver Dowden has said more pilot events would be announced later this week as the Government seeks confirmation that the next stage of the planned easing of restrictions on April 12 is on track.

Prime Minister Boris Johnson and Number 10 are determined to proceed as quickly as possible with an eye on the showpiece Euro 2020 final at Wembley on July 11.

The trials will use an adapted version of the NHS app, which will certify if a person has been vaccinated or tested negative. 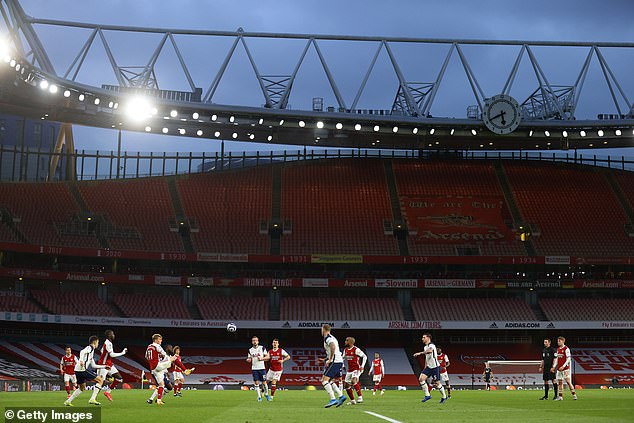 Earlier this week The Sun also reported that the FA will tell UEFA that they want 45,000 spectators inside Wembley for the latter stages of Euro 2020 this summer.

And that number could increase to as much as 60,000 fans should the UK’s vaccine rollout programme continue to be a success.

Although Britain has had Europe’s deadliest outbreak, its vaccination programme is the fastest on the continent and continues to be a roaring success since it started in December.

More than 30 million people in the UK received their first dose of the Covid-19 jab between December 8 and March 27 – around 57 per cent of all UK adults.

As a result, the FA are hugely confident that they will be able to safely fill up to two thirds of Wembley’s 90,000 capacity for this summer’s showpiece. 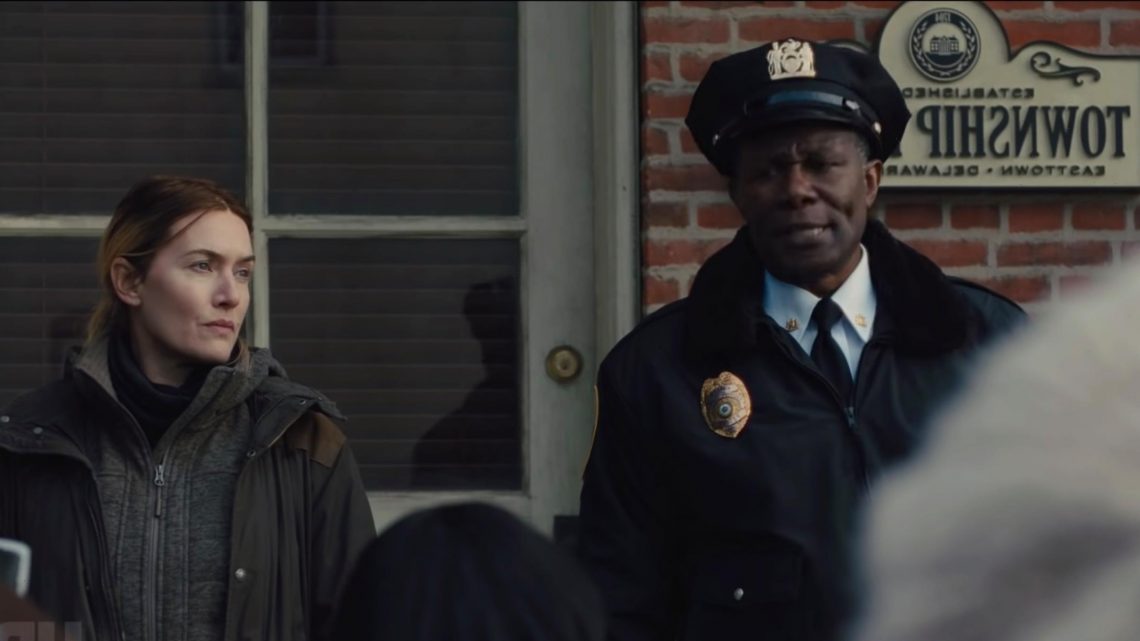 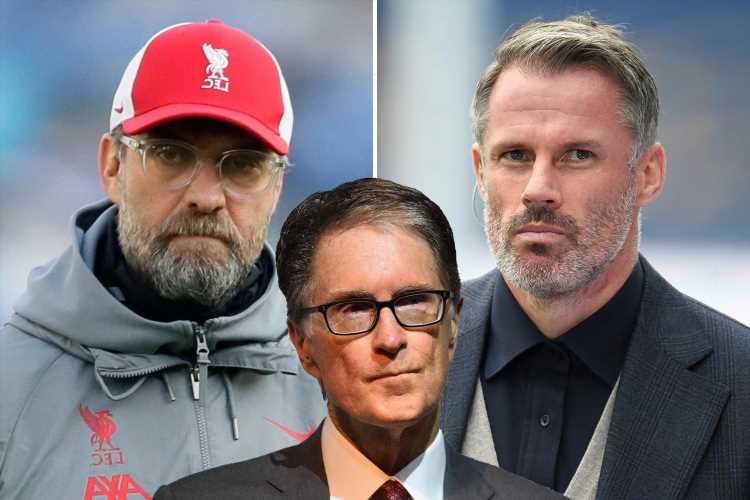 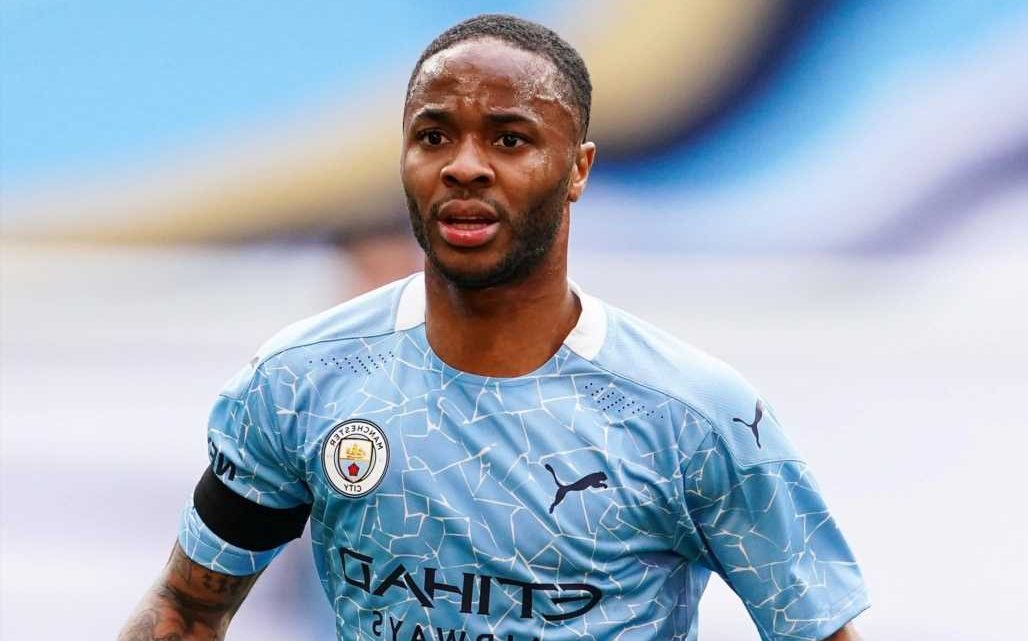