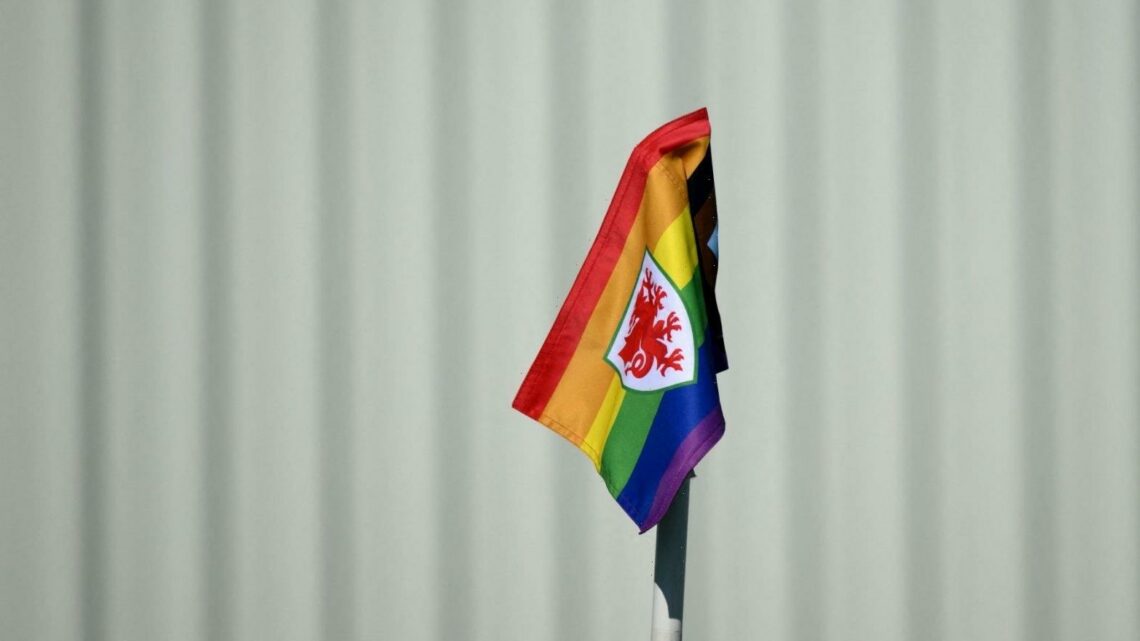 The move comes after Welsh football fans including, former Wales captain Laura McAllister, claimed that their rainbow hats were “confiscated” during the match against USA on Monday.

Fifa is set to stage a U-turn on policies against rainbow hats and flags being allowed into World Cup stadiums. Earlier this week, Welsh football fans, including former Wales captain Laura McAllister, claimed that their rainbow hats were “confiscated” in Qatar ahead of their World Cup match with the USA on Monday (21 November).

McAllister, who played for her country between 1994 and 1998 and received 24 caps, wore the multi-coloured hat, a symbol of support for the LGBTQ+ community, when she arrived at the Wales v USA match at the Ahmad Bin Ali stadium, but was then told by security staff that she would not be allowed in unless she took it off.

Homosexuality is illegal in Qatar and carries a maximum sentence of up to seven years in prison.

Now, however, the Football Association of Wales has confirmed that an agreement has been reached with Fifa for their fans to be able to wear rainbow-coloured items of clothing and carry flags. A FAW statement said: “The FAW urges Fifa to adhere to their message that everybody will be welcome in Qatar during the World Cup and continue to highlight any further human rights issues. We remain with the belief that football is for everyone.”

“So, fortunately, a few of us further back in the queue knew what was likely to happen. And sure enough as we went through security we were told by some of the stewards that we couldn’t enter the stadium wearing our rainbow hats.”

Officials gathered around her and told McAllister, the deputy chair of UEFA’s women’s football committee, to remove her hat, which was made by the Welsh FA’s LGBTQ+ supporters group The Rainbow Wall, in accordance with “regulations”.

“We were told it was a regulation – clearly I work in football, I work with UEFA, so I know the regulations – so I asked which regulation it applied to and we weren’t told that,” she added.

“We need to speak for the LGBT people at home who don’t feel able to come to Doha because of the regime and its position on gay rights,” she continued. “We’re all horribly compromised by being here, so make no mistake: by being here we also need to make sure we don’t compromise on our values.”

The US sports journalist Grant Wahl said that he was detained by security at the stadium after wearing a rainbow shirt to the same match. Writing on his Substack newsletter, Wahl said the guards “refused to let me in, detained me for 25 minutes and angrily demanded that I remove my T-shirt”.

Earlier in the week, the FA confirmed that England captain Harry Kane and Wales captain Gareth Bale would no longer wear the OneLove rainbow armband for their respective matches against Iran and the USA, after Fifa threatened to sanction players doing so with a yellow card.

BBC Sports presenter and former England and Arsenal footballer Alex Scott earned praise online for her decision to wear the armband while reporting from the match.