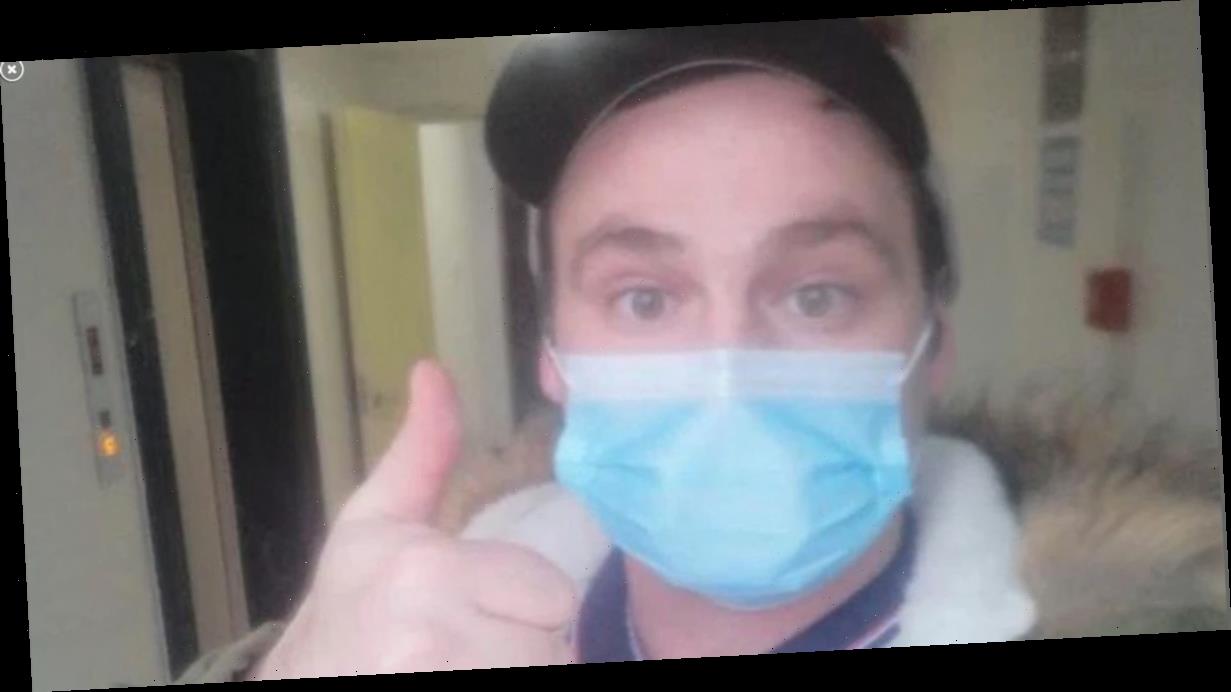 First Brit coronavirus patient, 25, reveals how he was left ‘suffocating’

The first British person to catch the coronavirus has described how the deadly disease "hit me like a train" leaving him 'suffocating' and in blinding pain for weeks.

Connor Reed, an ex-pat living in Wuhan, started with "just a sniffle" on November 25 – a month before authorities officially announced the virus – but over the next three-and-a-half weeks he was taken to rock bottom and unable to move.

The 25-year-old, originally from Llandudno, North Wales, teaches English as a foreign language in the Chinese city where Covid-19 originated, and had initially tried to cure himself with whisky and honey – better known as a 'hot toddy'.

After seven days of feeling under the weather , Connor's symptoms started to drastically worsen, and fearing he had regular flu he then took time off from the school he had worked at for seven months.

"This is no longer just a cold. I ache all over, my head is thumping, my eyes are burning, my throat is constricted," he wrote in a diary entry published by the Daily Mail .

"The cold has travelled down to my chest and I have a hacking cough. This is flu, and it’s going to take more than a mug of hot honey, with or without the magic whisky ingredient, to make me feel better."

The next day Connor, who lives alone, told his bosses he would unlikely be back to work for a week, admitting "even my bones are aching", while he could not get out of bed without pain and even coughing hurt.

A little stray kitten that hung around in Connor's apartment suddenly looked unwell and didn't want any of the food he offered her – before tragedy struck and she died on Day 11.

However, what Connor would quickly learn was only the calm before the storm, miraculously he was beginning to feel better, as if the flu had lifted.

But by the following day he relapsed and his breathing had become "laboured", he wrote in his journal and just going to the bathroom "leaves me panting and exhausted".

"I’m sweating, burning up, dizzy and shivering. The television is on but I can’t make sense of it. This is a nightmare," he continued.

And by that afternoon, December 6, he felt like he was "suffocating", adding: "I have never been this ill in my life."

"I can’t take more than sips of air and, when I breathe out, my lungs sound like a paper bag being crumpled up. This isn’t right. I need to see a doctor."

However, he was reluctant because calling emergency services in China means paying for the ambulance call-out himself, which is expensive, he explained.

Instead, he decided to hold it together long enough to get a taxi to Zhongnan University Hospital because he knew there would be British doctors there studying.

"It isn’t rational but, in my feverish state, I want to see a British doctor," he wrote.

At the university, Connor was diagnosed with pneumonia and sent for a "battery of tests" which lasted six hours.

But back at his apartment he was reluctant to take the antibiotics prescribed, worried "my body will become resistant" and if he got really ill they wouldn't work.

"I prefer to beat this with traditional remedies if I can," Connor explained. "It helps, simply knowing that this is pneumonia. I’m only 25 and generally healthy: I tell myself there’s no reason for alarm."

Instead he used Tiger Balm, which he described as "like Vick's vapour rub on steroids".

After just over two weeks, Connor said the days were blurring into one and he decided to call his mum in Australia – having initially put it off because she would "only worry" and try get on a plane to come see him.

By Day 19 he was well enough to "stagger out of doors" to get more Tiger Balm.

"My nose has cleared enough to smell what my neighbours are cooking, and I think I might have an appetite for the first time in nearly two weeks," he wrote.

A couple of days later the pneumonia had gone but plans of returning to work were halted because "I ache as if I've been run over by a steamroller".

"My sinuses are agony, and my eardrums feel ready to pop. I know I shouldn’t but I’m massaging my inner ear with cotton buds, trying to take the pain away."

However, by Day 24 – just under a week before Christmas – he was better.

12 days later on New Year's Eve, he got a tip off from a friend that Chinese officials are "concerned about a new virus that is taking hold in the city".

"There are rumours about a curfew or travel restrictions. I know what this will mean — panic buying in the shops. I need to stock up on essentials before everyone else does."

By New Year's Day everyone in Wuhan was "told to stay in doors" with doctors describing the symptoms he had just agonisingly fought off.

On January 16 the hospital informed Connor that he had been infected with the Wuhan coronavirus and while he was pleased he would now be immune, he still had to wear a face mask outside his apartment or risk arrest.

By the end of the month, he said the "whole world has now heard about coronavirus" and things spread on Facebook leading to his local Llandudno newspaper trying to get in touch.

He wondered whether he had caught the virus at a fish market, where he does much of his shopping – and which many experts believe had started the spread.

"Since the outbreak became international news, I’ve seen hysterical reports (especially in the U.S. media) that exotic meats such as bat and even koala are on sale at the fish market," he wrote. "I’ve never seen that.

"The only slightly weird sight I’ve seen is the whole pig and lamb carcasses for sale, with their heads on," he added.

On February 4 Connor said he was concerned many news outlets were reporting he had apparently claimed he cured himself with hot toddies.

"I attempt to explain that I had no idea at the time what was wrong with me — but that isn’t what they want to hear.

"I wish it had been that easy," he added.

The UK saw its biggest day-on-day increase in coronavirus cases on Wednesday, with 87 people now confirmed to have the virus in the country.

Amid further reports of panic buying at shops, three of the 29 new cases in England were passed on in the UK, raising fears that community transmission may now be taking hold.

What Happens if Coronavirus Forces U.S. Movie Theaters to Close?