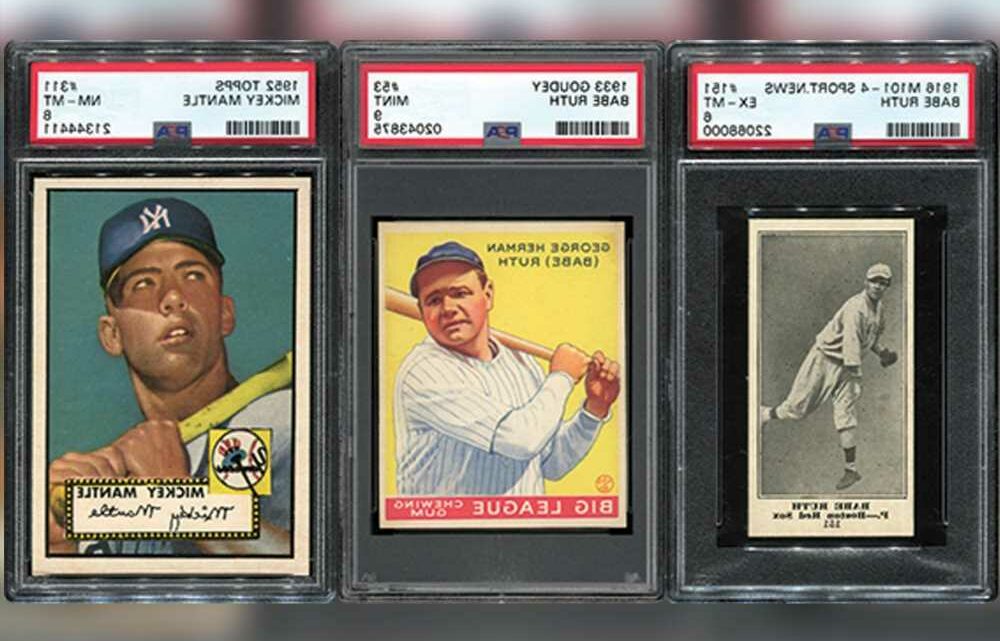 The baseball card market is thriving thanks to COVID-19

A Florida doctor who died from COVID-19 complications in January left his family a lot of baseball cards worth $20 million.

More than 1,000 baseball, football and hockey cards dating back to 1880 will be for sale to the highest bidder.

“One of the 1933 Babe Ruth cards (Goudey #53, PSA 9) in this collection is the finest known of its kind and we expect it to break the record of $5.2 million for any sports card,” said JP Cohen, President of Memory Lane Auctions.

“Prices for rare, historic items have exploded in the collectibles market.”

A ball signed by the Great Bambino and a Mickey Mantle rookie card — which is expected to fetch $1 million — are also among the offerings.

“No one enjoyed collecting more than Tom,” said his widow, Nancy Newman.

“He jokingly called his cards his ‘paper babies,’ and spent almost every day attending to his collection in one way or another. It gave him such pleasure. The only reason he would ever sell a card was if he had acquired the same card in a higher grade.”

Newman’s collection is so large, it filled up an 18 foot U-Haul truck, according to CNN.