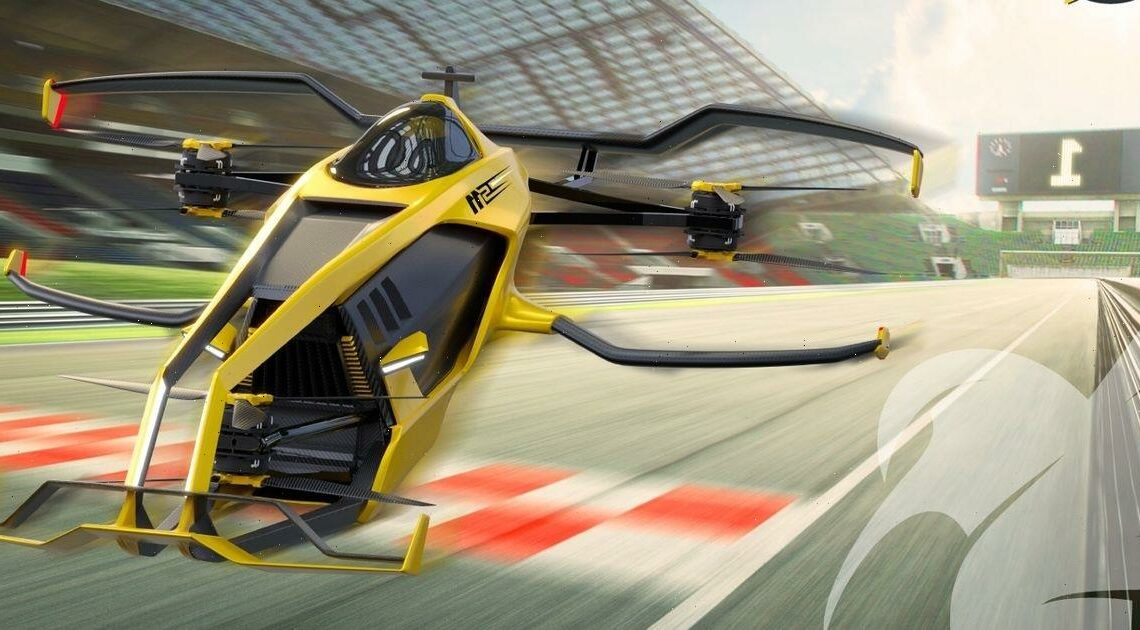 If keeping up with Formula One cars wasn't tricky enough, the popular motorsport could be about to become even more high-octane.

French company Maca Flight has unveiled a flying 'car copter' called the Maca S11. Powered entirely by hydrogen, it looks like something straight out of a 'Star Wars' pod race—and could replace F1 cars entirely in the coming years.

We won't have to wait long either. The £665k 'carcopter' will be tested on real-world racetracks this year in preparation for hitting the market in 2023.

With a top speed of 155mph and room for one pilot, the flying racing car has automatic collision avoidance systems which should make it safer than your average F1 car.

It might even attract a few fans from Extinction Rebellion as the Wipeout-style copter produces zero carbon emissions.

He went on to say that the company's racing vision is meant to pave the way for a real-life flying car that can be driven in towns and cities.

"The ultimate objective is for MACA to deliver what we have all anticipated for well over half a century… the creation of a realistic flying vehicle answer to urban congestion," de Boisvilliers added.

The MACA S11 was created in collaboration with the aviation company Airbus, who hope to expand their business beyond expensive aeroplanes to eco-friendly eVTOLs.

However, their racing carcopter isn't the only flying car on the horizon. Dozens of companies are currently developing test concepts for aerial vehicles that could remove the need for roads in cities.

One flying machine, the 'Macrobat', even looks like a bird with large wings.

Built for one person, it can take off and land vertically removing the need for large runways and making it possible for people to fly to the supermarket for their groceries.

What's more, with a top speed of 111mph, it could get passengers from London to Brighton in less than an hour.

Meanwhile, in Coventry, the world's first flying car airport is set to open over the next year.