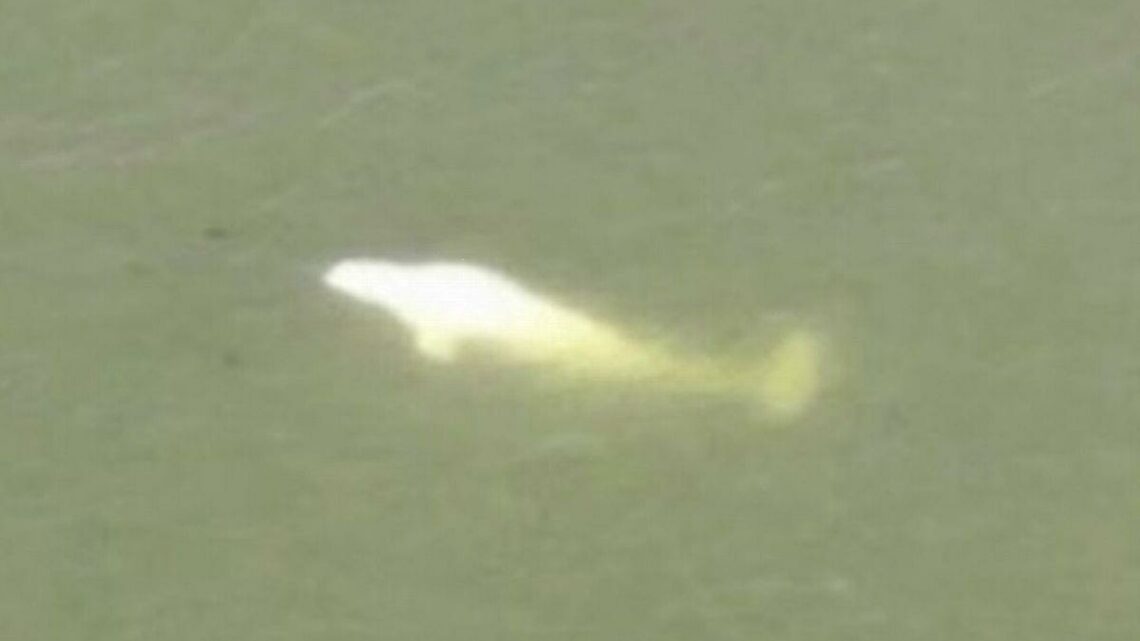 Officials are trying to work out why the animal has drifted so badly off course as well as how to feed it and guide it back to the ocean. The beluga was first spotted on Wednesday and initially monitored with drones by the rescue services.

It isn’t clear why the animal has strayed so far from its natural habitat.

However, it has swum many miles up a busy waterway past the port of Rouen halfway to Paris.

On Thursday, it barely moved at all, drifting between two docks on the river, according to Eure department official Isabelle Dorliat-Pouzet.

Footage from the drone showed the animal swimming slowly, its white silhouette just below the waterline and coming up to breathe. 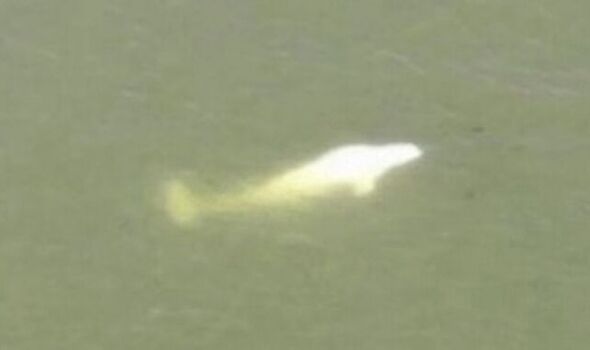 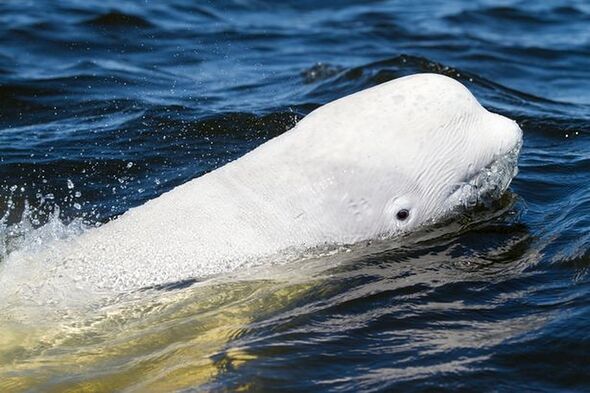 Rescuers now aim to give food to the whale as part of a plan to get it back into the sea.

Lamya Essemlali, the head of environmental group Sea Shepherd France, said: “The challenge now will be to help feed it, and try to accompany it towards the ocean.”

However, she ruled out taking the beluga out of the water arguing that it would be too risky.

All white belugas usually live in Arctic and sub-Arctic oceans.

They do sometimes stray into more southerly waters and estuaries.

The animals are also able to temporarily survive in freshwater.

The local fire department, who is in charge of monitoring the whale, argues that the first priority is to evaluate the health of the creature before deciding whether to intervene.

In late May, a gravely ill orca separated from its pod and swam dozens of miles up the Seine but died of natural causes after attempts to guide it back to sea failed.

A month later, another whale, believed to be a 10-metre-long Minke whale, was spotted in the Seine.

In September 2018, a beluga whale was spotted in the River Thames near Gravesend for a few days.