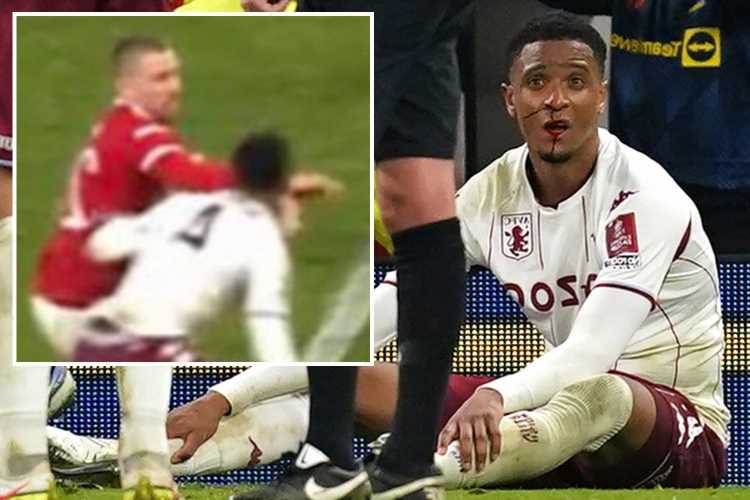 Supporters were left fuming when a Danny Ings equaliser was disallowed after a three minute and 36 second VAR check. 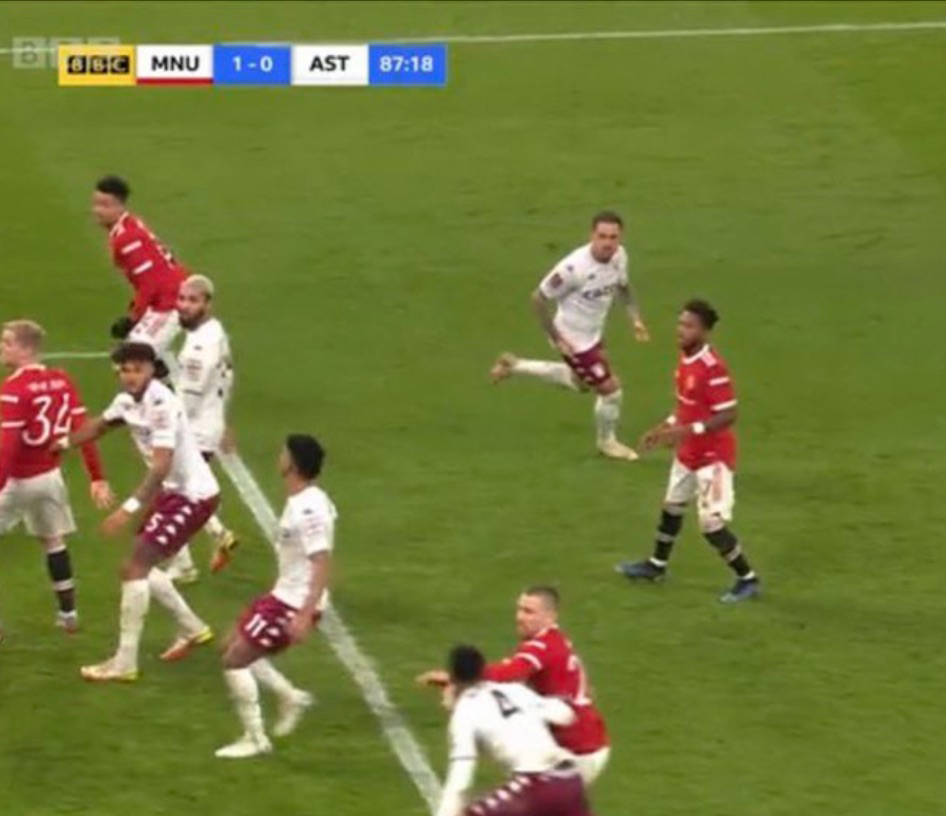 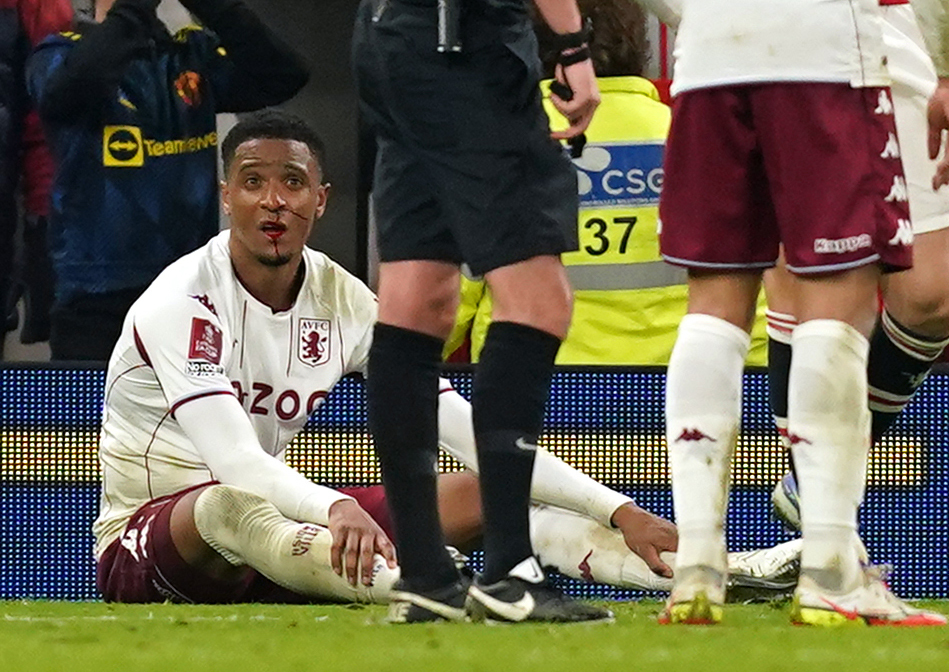 And they also feel that they should have had a penalty late on.

Shaw appeared to lose the flight of the ball as Konsa stole a run on him.

The left-back swung a lazy arm around, catching the Villa ace right in the chops.

Konsa's cry out in pain was deafening but referee Michael Oliver nor the VAR Darren English took an interest – despite having forensically examined Ings' goal seemingly looking for any possible means with which they could rule it out.

The incident went largely unnoticed on the BBC broadcast in the UK.

But it was certainly spotted by Villa supporters.

One wrote: "Just seen this still. Shaw not looking at the ball – only looking at Konsa. It’s a penalty. #avfc."

Another angrily replied: "He could have shot him and it wouldn’t have been given."

A third joked: "no way was it a pen for villa. konsa clearly headbutts shaws elbow and united should have got a pen."

While a fourth pointed out: "And a second yellow. Shaw could of got 4 yellow cards in that match if it was refereed properly."

Villa went on to crash out of the competition, with Scott McTominay's first-half header enough to seal victory for the unconvincing Red Devils.

Pundits were left underwhelmed by Ralf Rangnick's side.

While Alan Shearer and Dion Dublin admitted that they are desperate to see Marcus Rashford at his best again. 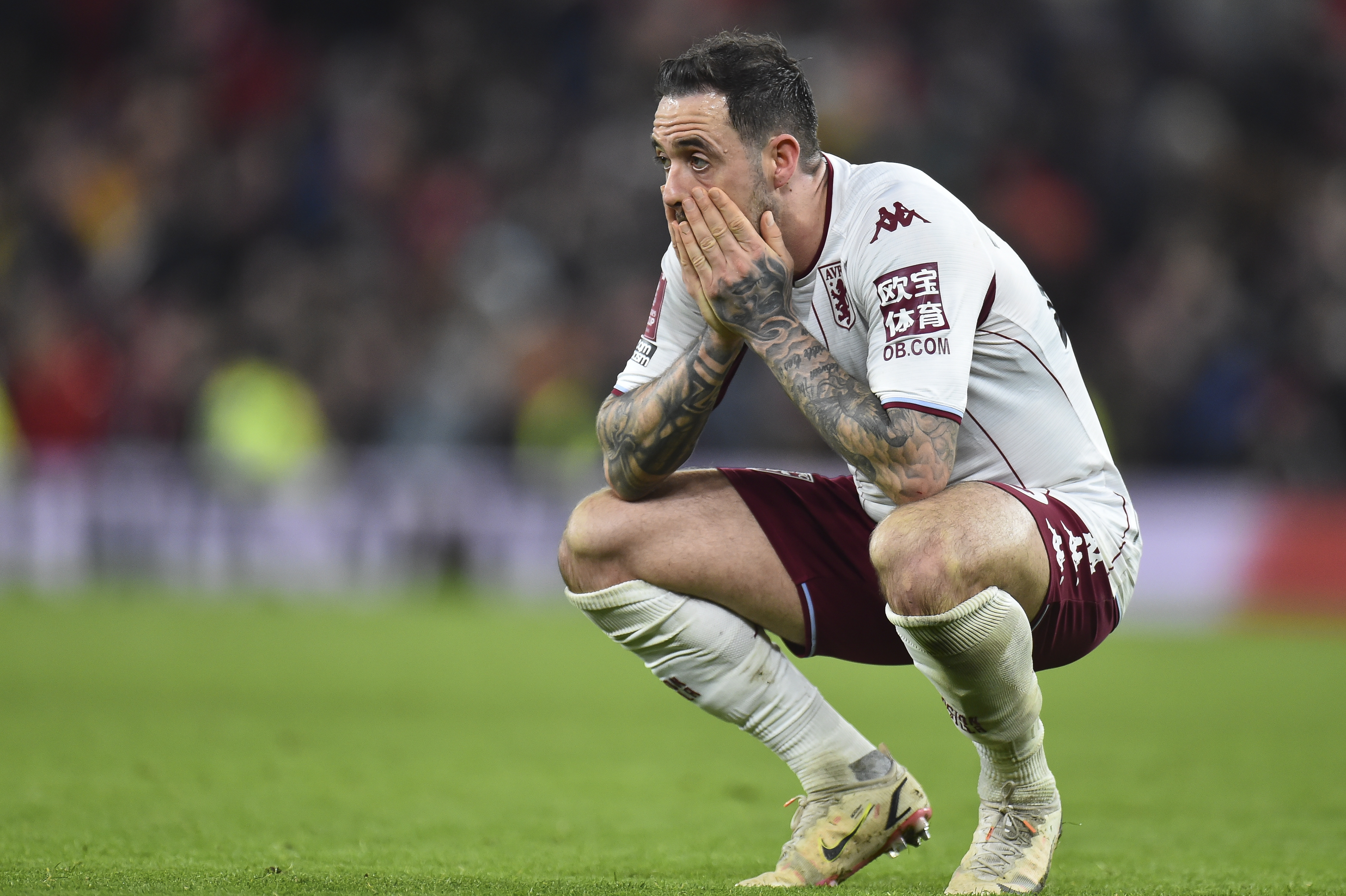 Scots may have to carry on wearing face masks for years, Nicola Sturgeon warns
Recent Posts