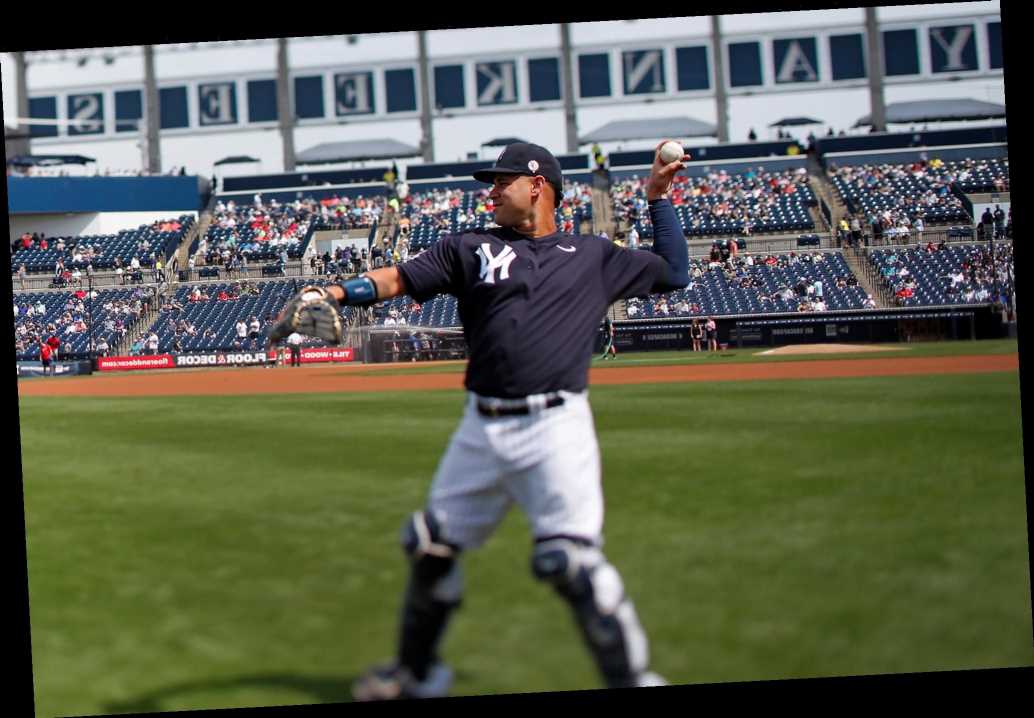 Gary Sanchez’s back raising red flags in another Yankees worry

After catching consecutive games Thursday and Friday, Sanchez wasn’t among the batting practice groups for a Saturday morning workout at George M. Steinbrenner Field in Tampa.

“He is down [Saturday]. Back to back and his back is a little sore,’’ Aaron Boone said before the Yankees faced the Pirates at LECOM Park. “There is a chance he is down [Sunday,] but I would probably expect him back to go to Clearwater [on Monday when the Yankees play the Phillies].’’

The Yankees already have lost Luis Severino for the season due to Tommy John surgery, likely won’t have Giancarlo Stanton (Grade 1 strained right calf) for Opening Day, don’t know how long Aaron Judge will be out with a stress fracture in his right top rib with the possibility of surgery looming and are without James Paxton (lower back surgery) for at least the first two months of the season. Also, Aaron Hicks already has undergone Tommy John surgery and is expected to miss at least the first three months of the season as the Yankees’ 2020 season is developing into a repeat of 2019.

That’s when the Yankees wore out the injured list with 39 moves.

“I am not that concerned about it, normal wear and tear and first back-to-back,’’ Boone said of Sanchez’s back soreness. “I don’t think it will be that much of a concern.’’

The sore back news followed a dreadful performance behind the plate Friday night at Steinbrenner Field, where Sanchez was charged with a passed ball (it should have been two) and was on the field for three wild pitches. Those struggles resulted in the home crowd booing Sanchez louder with each pitch he didn’t catch or stop.

With some front-office voices believing Kyle Higashioka could handle being Sanchez’s backup, former backup Austin Romine was allowed to sign a one-year, $4.1 million deal with the Tigers as a free agent.

Considering Sanchez’s health history — he was on the IL twice last year due to lower body problems — and has been shelved five times in the previous three seasons including four stints in 2018 and 2019 the backup job is more important for the Yankees than other teams.

Higashioka, 29, has played in 56 big league games in parts of three seasons and is known more as a defensive catcher than a hitter.

Asked if Sanchez’s back was something he dealt with last season, Boone said, “I mean everyone at some point walks in sore, a little out whack. I am sure Gary has had at some point.’’

Boone said the 27-year-old Sanchez, who caught five innings Friday night, wasn’t removed from the game because of the sore back.

“I was going short with him because of the back to back and the long day [Thursday] over at Lakeland where we were on defense a lot,’’ Boone said.

As he is with Sanchez’s back, Boone isn’t concerned about the catcher’s .059 batting average.

“Timing hasn’t been real good,’’ Boone said of Sanchez, who is 1-for-17 with seven strikeouts. “Kind of the old in between a little bit, catching up to the fastball and out in front of some secondary pitches. I feel like that is something that will come over time.’’