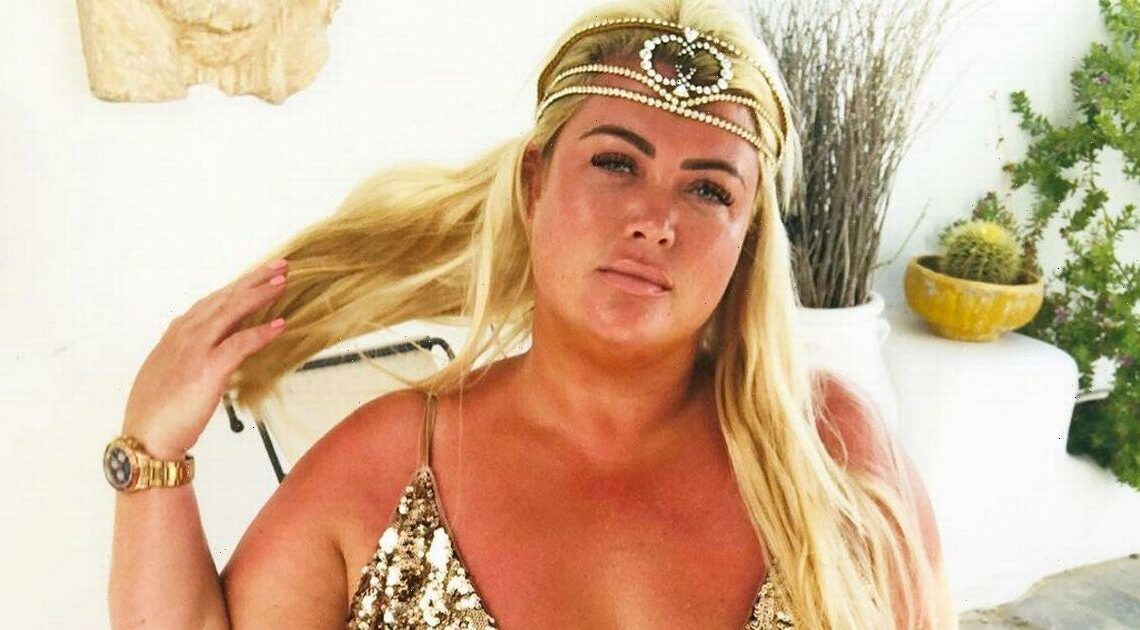 The Only Way Is Essex legend Gemma Collins has shared an adorable video of herself with a young boy, but fans were left confused at his identity as he was concealed by a blanket.

Gemma took to Instagram to post the video as she enjoyed some one on one time with her the boy in her arms as they relaxed in the garden.

In the clip, Gemma could be seen cradling the child, who was covered with a white blanket, as she stroked the side of his face.

Fans were confused over the child's identity, with many pointing out that it could be her partner Rami's son, but others wondering if he was bigger than the clip depicted.

She wore a pink vest top and her blonde hair pushed back as she smiled sweetly, singing You Are My Sunshine.

The cute moment was captured as Gemma swung back and forth on a white wooden swing chair, a sprawling green lawn stretched out behind her with a backdrop of lush green trees and a clear blue sky.

In the caption Gemma wrote: “Beautiful memories last forever. Summer time is to spend time with your families, friends and loved ones. Give your children all the love and time you can, they are special,” and included three yellow sun emojis.

However, Gemma’s sweet sentiment confused some of her 2.2 million followers who took to the comments to share their thoughts.

One fan wrote: “I’m confused, who’s is the little one?”

Another told them that it is Rami’s son, Gemma’s stepson, but one fan stirred more confusion and said that they think his son “is a toddler now,” and it “doesn’t look like Gemma has a toddler” in her arms.

Yet another follower said that they thought Rami’s son was “nearly three years old,” but one eagle eyed follower told them that the child could “easily be two or three,” but that he “has a blanket over him to protect him from the sun”.

Between the confusion, many congratulated her on being “such a good step mother” and noted that he is “very lucky to have her” in his life.

Other followers called her video “beautiful,” “sweet” and “precious”.

Prior to the cute clip, Gemma shared a video of herself in a glamorous leopard print bikini as she basked in the sun.

In partnership with New Look, Gemma has launched her own range and wanted to show off the two piece swim set to her fans.

The star took extra care to urge onlookers to “put on their sunscreen” and “water their plants” during the heatwave.