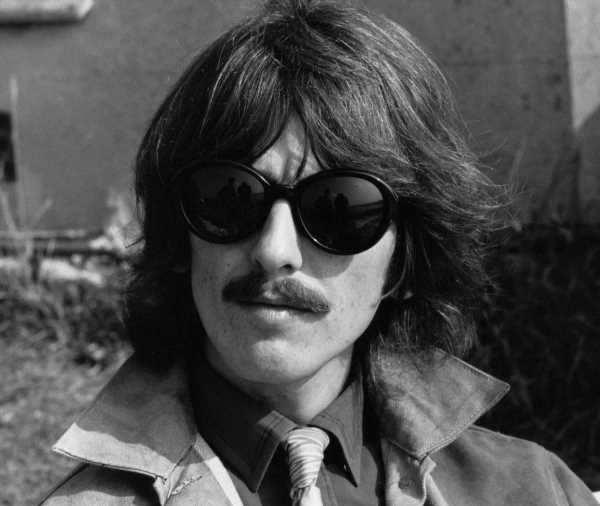 George Harrison played guitar on many of The Beatles‘ most famous songs. Despite this, George felt he couldn’t make a riff better than the riff from one of The Rolling Stones’ songs. While George seemed to have a mixed opinion of The Rolling Stones as a whole, he said one member of the band was incredibly talented.

What George Harrison thought of The Rolling Stones

According to the book George Harrison on George Harrison: Interviews and Encounters, George was asked which modern artists he liked the most. George said there were so many, specifically naming Stevie Wonder, Ry Cooder, and Dickie Betts as favorites. George was then asked if he liked The Rolling Stones. He variously said he thought they were “fine” and “nice.”

Even though George expressed mixed sentiments about The Rolling Stones as a whole, he really admired one member of the band: Keith Richards. “I think he’s a great rhythm guitar player, Keith,” he said.

George elaborated on his feelings about Richards. “You know, really, I think he’s probably one of the best rock ‘n’ roll rhythm guitar players. I don’t think he’s very good at lead, but he’s played … this is the thing you see, what I feel about Keith and myself too, it’s not a comparison, but in some ways what we do is we make records, and the records have some good guitar parts on them, or have some good songs, or good lyrics or whatever, but basically you make records.”

George liked Richards’ work in general, and the riff to “(I Can’t Get No) Satisfaction” in particular. “He’s not, to me, like a guitar player who that’s all he does is go out and play guitar,” George said. “He writes songs, and he makes records and within that — you know, like, you can’t beat a riff to ‘Satisfaction,’ you know what I mean? It’s the simple little things like that, and I think he’s — you know, I like Keith enormously.”

George probably wasn’t the only one who enjoyed The Rolling Stones’ “(I Can’t Get No) Satisfaction.” The track remained on the Billboard Hot 100 for 14 weeks. For four of those weeks, the song was the most popular song in the United States. The song featured on the album  Out of Our Heads. Out of Our Heads lasted on the Billboard 200 for 65 weeks, spending three of those weeks at No. 1.

Teyana Taylor Gushes Over Husband Iman Shumperts DWTS Win: I Am Proud But Not Shocked