Home » Lifestyle » Glow Up! Our Favorite '90s Hunks Who Are Dads Now 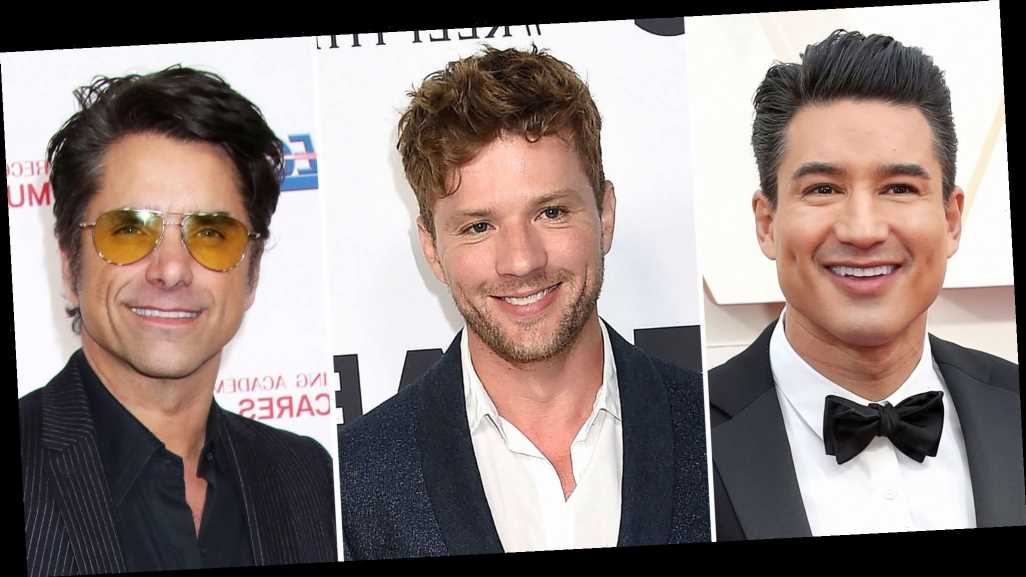 Glow Up! Our Favorite '90s Hunks Who Are Dads Now

All grown up! Freddie Prinze Jr., Mario Lopez and more of the hottest hunks from the ’90s have turned into some of the most devoted dads in Hollywood.

The Saved By the Bell alum and his wife, Courtney Mazza, have been “blessed” with three “healthy, beautiful” kids — but wouldn’t say no to expanding their family even further. After welcoming their youngest son, Santino Rafael, in July 2019, the Access Hollywood host told Us Weekly that he wants to have “as many” kids as he possibly can.

“I always told her [Mazza] I’d like to keep going if it was up to me, but I’m not the one having them,” he said in December 2019, joking that maybe his wife would give him “another Christmas present” and agree to welcome more little ones to their brood.

Another beloved ’90s star can’t wait to bring another bundle of joy into the world after the long-awaited birth of his first child. Full House alum John Stamos and his wife, Caitlin McHugh, announced the birth of son Billy in April 2018, and were already itching to try for a second kid six months later.

“We are trying, but the kid is like a c-block,” Stamos joked during an appearance on Live With Kelly and Ryan in October 2018.

The celebrated sitcom star told Us after Billy was born that fatherhood is “more beautiful than I could have ever imagined,” and that he had dreamt of the moment he would become a dad for a long time, instantly making nostalgic TV fans swoon.

While Stamos and Lopez are both ready for more, Prinze. Jr and wife Sarah Michelle Gellar already have their hands full with their two kids, Charlotte and Rocky. The longtime couple welcomed their children in 2009 and 2012 respectively, and have faced some serious pressure from the young ones about adding to the family.

The pair told Us in September 2019 that their kids ask them “every day” for more siblings — but they haven’t given in yet.

Scroll down to see other ’90s hunks who have transformed into doting dads!