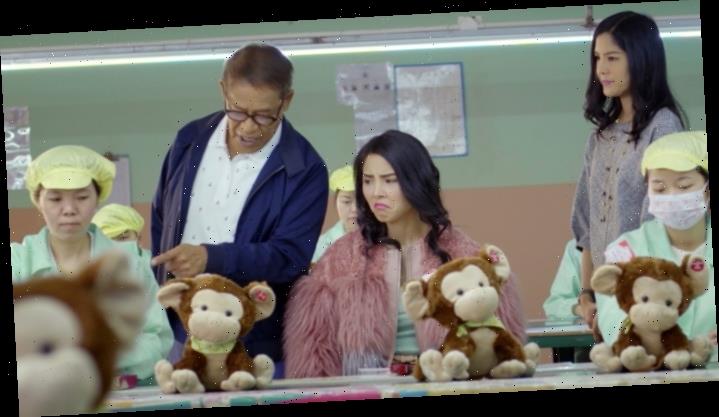 ‘Go Back to China’: Film Review

Those hungry for more of the East/West culture-clash terrain of “Crazy Rich Asians” and “The Farewell” may savor the slightly downsized pleasures of “Go Back to China,” which offers up some of the first film’s lifestyle glamour plus the second’s more earnest family drama. Emily Ting’s second scripted feature is essentially a freely fictionalized revamp of 2008 documentary “Family Inc.,” in which she charted her own reluctant but ultimately rewarding move from New York City to Hong Kong, where she trained to run her hot-tempered father’s plush toy factory.

Tethering that real-life tale to some rather stock narrative beats, this isn’t a memorable seriocomedy. But it’s a pleasant one that should do well in home-format sales. A year after the film screened in competition at SXSW, Gravitas Ventures is launching it on demand as well as in a handful of U.S. theaters this Friday.

Here, Ting’s alter ego is the more caricatured Sasha Li (YouTube celebrity and comedian Anna Akana, in her first movie lead), a Los Angeles party girl whose main occupation seems to be clubbing with her posse of similarly glam twentysomethings. She graduated from fashion school a year ago, but has failed to find a job — no doubt because, unlike every other design-world aspirant, she hasn’t bothered with the usual dues-paying intern or assistant gigs. In fact, she has no work experience of any kind, having been supported in style her whole life by the Chinese father who left her mother (Kelly Hu) long ago.

They’re more or less estranged, save in financial ties. But that changes when dad Teddy (Richard Ng) abruptly cuts off the cash flow, demanding she work a year at his factory in Shenzhen (a booming city of up to 20 million, not far north of Hong Kong) before receiving any further support. This is unwelcome in many ways, not least because the thoroughly American Sasha barely understands or speaks Chinese. But once her rent check bounces, she has little choice but to comply.

Daddy has been a busy man, not just in the business realm: His imposing manse houses numerous previously unmet half-siblings by other ex-wives, including bratty juvenile twins named Christian (Tiger Ting) and Dior (Aviva Wang), plus his latest, much younger mistress (Kendy Cheung). But the first lady of the household is Sasha’s eldest half-sister Carol (Lynn Chen). She was also raised in the U.S., but has been here for a decade as dad’s factory next-in-command.

That’s a somewhat thankless job, as Sasha soon discovers. Teddy is well-meaning, but also almost childishly temperamental, taking out his frequent frustrations on all underlings. The new arrival’s design expertise comes in handy when foreign buyers reject his latest, all-important Christmas toy line as old-fashioned; Sasha whips off a few trendier ideas that briefly make her daddy’s golden girl. But once her inexperience results in a costly mistake, their tentative reconciliation may be torched for good.

“Go Back to China” is an improvement from Ting’s prior narrative feature “Already Tomorrow in Hong Kong,” a walking-and-talking romance a tad too indebted to the model of “Before Sunrise.” But it still exerts excess caution in hewing to predictable tonal and storytelling rhythms, occasionally throwing in some blunt factoids about international manufacturing and trade. The tired lifestyle satire of the opening reel (echoed in a bland closing-credits rendition of Hall & Oates’ “Rich Girl”) lacks teeth, so things look up when Sasha proves resourceful and even somewhat inspired by her dreaded new factory gig. Even there, however, the director’s script leans too heavily on easy, contrived solutions to worker/management conflicts and other real-world issues.

Nonetheless, if there’s not much depth to the family drama or socioeconomic insights here (nor any great hilarity to the comic aspects), “Go Back” remains likable as a familiar fish-out-of-water tale in a novel setting. The capable cast and brisk pacing keep attention held toward a happy ending that pleases even if it is a bit pat, not to mention inevitable.

The production values are professional, although given the toy theme, Ting’s visual collaborators could’ve come up with something a tad more playful and stylish than the film’s competent but routinely bright widescreen look.

'Go Back to China': Film Review

The Invisible Man ending explained: What did the final scene mean?
Recent Posts