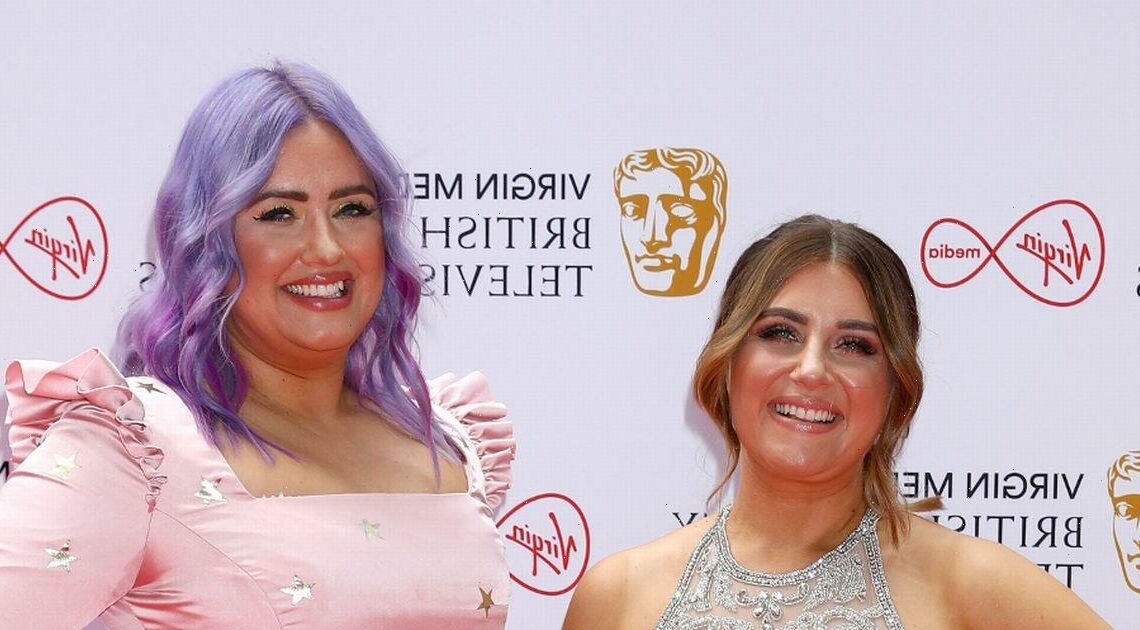 Gogglebox stars Ellie and Izzi Warner pulled out all the stops for their appearance on the BAFTA TV Awards red carpet, looking radiant in pink satin and sequins.

Fans of the Channel 4 show are more used to seeing the sisters in jeans and jumpers as they watch the best TV of the week from their homes in Leeds, getting cosy for a night in before the box.

Gogglebox has been nominated for Virgin Media’s must-see moment award at the BAFTA TV awards this year, thanks to the cast’s reaction to Prime Minister Boris Johnson’s press conferences during the pandemic.

Ellie and Izzi are representing the show on the night, and the pair looked completely transformed when they showed up on the red carpet at London’s TV centre.

Izzi opted for old school glamour in a silver sequinned ballgown, complete with a fishtail hem, beaded straps and a fitted waist.

Her hair, which has been tinted with caramel highlights, was swept up into a Grecian up-do, and she added lashings of smokey eye shadow for an added touch of glamour.

Ellie, on the other hand, worked a more contemporary look, wearing a pink silk dress with a square neckline, ruffled sleeves, and silver star embellishments.

Retro platform heels topped off the look, with Ellie added a fluorescent pink pedicure for a pop of colour.

Her hair, which was originally platinum blonde when the series started, had been tinted in a pretty shade of lavender, which complemented her peach lipstick.

Ellie – who works as a hairdresser – got her hair styled earlier this week, thanking her friend Tom Beresford for the pastel-infused look.

“Violet Beauregarde eat your heart out,” she said on Friday, sharing a peek at her new chop.

The sisters have been favourites on the show since they joined in 2015, and previously represented Gogglebox at the National Television Awards in 2018.

Gogglebox is up against five rival shows in the Virgin Media’s must-see moment category – the harrowing scene in which Gray Atkins kills his wife Chantelle in EastEnders is a hot contender.

The scene where Luke Skywalker arrives in The Mandalorian has also been nominated, as has the moment Penelope is revealed as Lady Whisledown in Netflix hit Bridgerton.

Finally, Nigella Lawson’s iconic pronunciation of the word “microwave” on her show Nigella’s Cook, Eat, Repeat has received a worthy nomination – but who will win?

How does Baby Sussex weight compare to Archie, George, Charlotte,Louis